A powwow with Bhuvan Bam, the funny man in BB ki Vines

The musician and comedian based in Delhi with 18.9 million subscribers on his new single and skits 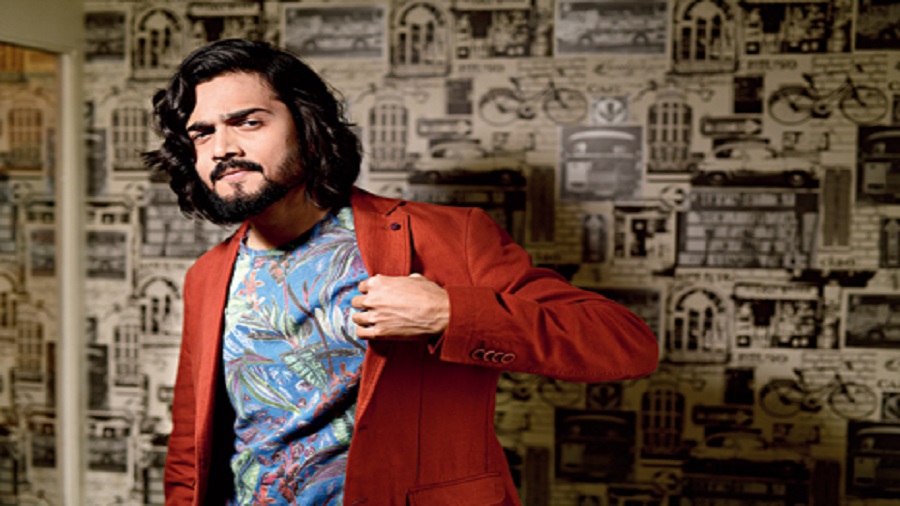 Most of you know him as the man behind Banchoddas, Sameer Fuddi, Titu Mama and Mr. Hola with BB ki Vines but Bhuvan Bam’s musical journey started way before his Vines. From playing gigs at a restaurant in Delhi to releasing his seventh single, Heer ranjha, he sure has come a long way. The July 12 release has around 14 million views on YouTube and also made it to number one on iTunes. The musician and comedian based in Delhi with 18.9 million subscribers spoke to The Telegraph about his new single and skits.

Congratulations on Heer ranjha making it to #1 across charts on iTunes, beating BTS and Maroon 5 in an hour of its release. Did you expect the song to reach such a high?

It has always been my dream to make music that reflects my true emotions. Music is something I’ve always wanted to do and I’m really excited that it’s happening. The response from the listeners came as a surprise. We obviously put our hearts and souls into making the song but when you receive such validation it is truly inspiring.

The video is about an unfinished love story between a couple, who are not together. Where does the story stem from?

The idea basically came from the thought of not being able to meet and spend time with your loved ones. All my songs are inspired by real-life experiences. I started writing Heer ranjha while being stuck at home due to the pandemic. It was truly about expressing nostalgia, about looking back at a better and happier time.

The sound is very mellow and calm. How would you describe the song sonically? 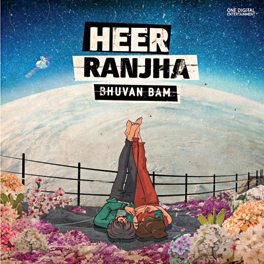 It took about 10 days to make the song. Is that the amount of time your team and you normally take to work on a track?

It was very different for Heer ranjha as this was the first song we made since the lockdown. Yes, it took us 10 days to develop this finished product over video calls from our respective homes. And it wouldn’t have been possible if not for the amazingly talented Shadab Rayeen and Omkar Tamhan and the entire team.

The video is inspiring. What is the idea behind it?

I am always drawn to soulful music. With Heer ranjha, since the initial stage, the thought was to tell a story and to tell it in the most soothing way. Even though we chose to go with an animated video, it was important to make sure it connects with our audiences. Set against planets and stars, with floating lyrics, it did complete justice to the lyrics, music and the emotions behind it.

Would this song be a part of any upcoming album or EP? Or do you have other singles coming up?

I am not really focusing on an album right now. The idea is to just put out singles supported by music videos.

Before BB ki Vines you’d play gigs at different restaurants. Could you describe how the gigs used to be back then?

While in college,  I worked as a singer at a Mughlai restaurant in Delhi. Music always came naturally to me. Before I got into making Vines, music is where all my focus was. Gigs back then were pretty new to me. The interaction with the audience and to keep them engaged was a tough job. With so many brilliant bands and artistes performing live, I understood the taste of people. I have observed many live gigs in order to learn crowd-wooing techniques and stage presence.

Tell us the story about the rise to fame... of BB ki Vines.

Becoming a YouTuber, making funny sketches had never even crossed my mind. A few years ago, I thought of a joke and shared it with the world. I did not even know that just about anyone can put videos on YouTube. I used to share small sketches on Facebook and then someone told me to switch to YouTube, gradually people started following my videos on YouTube. It’s still amusing how my sketch went viral without having done any promotions or spent any money on it. I had some jokes in mind and I just did it for fun. I never realised when this became a full-time profession. With BB kiVines, I started off randomly and just went with the flow, without thinking it’ll be something I’m going to pursue as a career. And it has been a roller coaster ride since then. I was patient enough and knew that sooner or later, I would get what I was looking for.

What inspires the plot, story, and characters of your different skits?

The characters are the basis of mere observations. I observe people around me and spend a considerable amount of time thinking about them and their way of talking. Then it all combines with exaggerated middle-class comedy where I take inspiration from my own family. If — in some situation — I make a funny remark and it works, I make a note of it and use it for my scripts. I also try to stay updated with current affairs and trending topics and try and draw something funny from them. I believe in investing time in creating relevant and quality content and that is why I never rush into making a video.

What do your parents think when they watch you playing the role of a parent in your videos?

My parents were triggered initially because they thought I was portraying them ‘dumb’ in front of the world. But I had to convince them that all the characters in my universe are fictional. They still doubt that though!

Shorter skits and videos seem to hold the attention of a viewer more than long ones. Do you agree?

Short format videos are doing amazingly well and have become quite popular recently. But it’s only good content and interesting subjects that will get you viewers. My videos are not very long but there are enough punchlines and crisp jokes. Scripting isn’t easy. I script, rewrite, and rewrite again. Audiences are very smart today and know exactly what they want. If the content isn’t funny, my audience won’t like it.