Jingle all the way

How the Air India Maharaja earned his stripes, how a little-known model came to be known as the iconic Cadbury girl, how A.R. Rahman nearly left India for good... Ad veteran Ambi Parameswaran chronicles the evolution of Indian advertising in a new book. Excerpts: 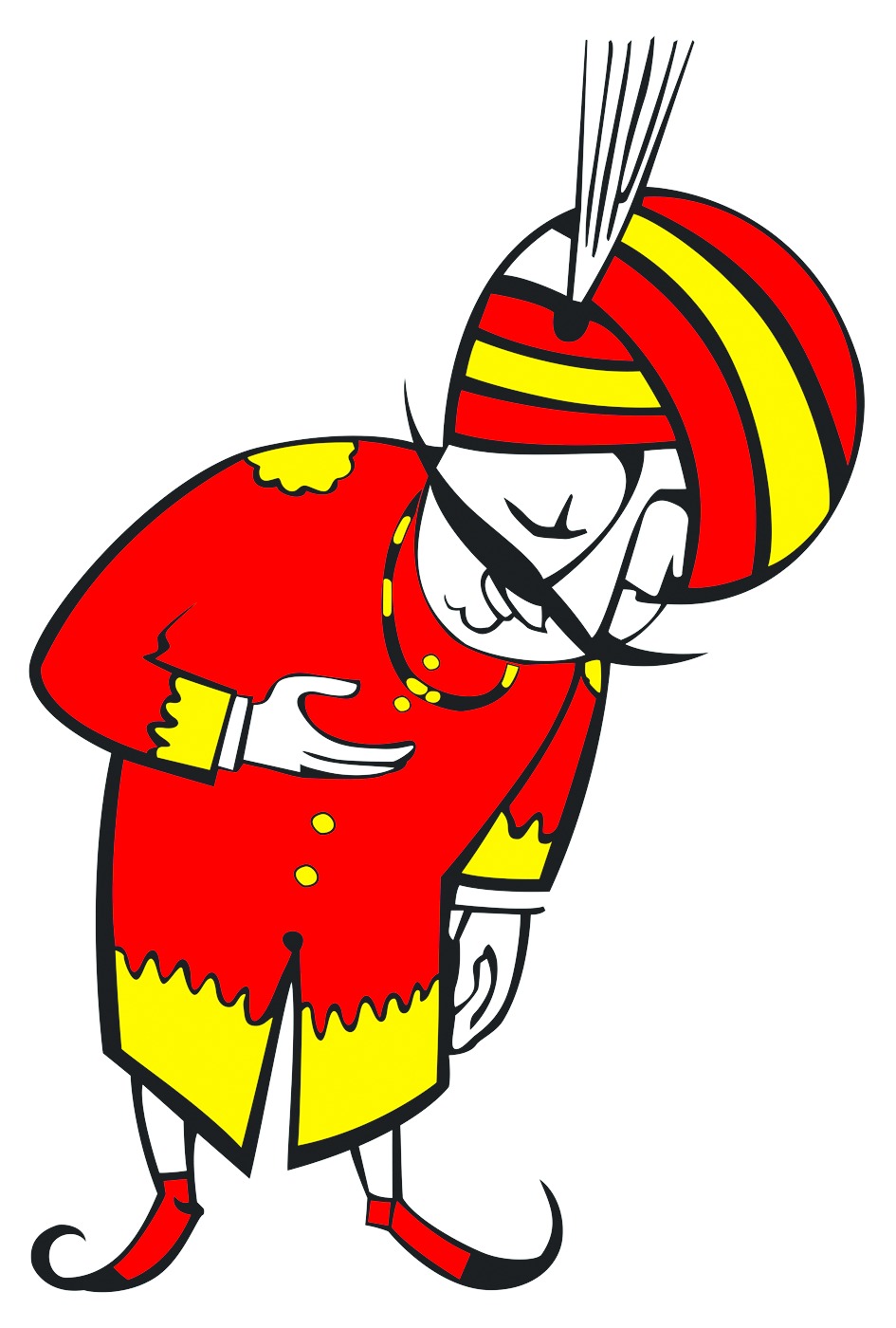 How to sell airline travel to Indians in a post-Mughal, post-British Raj, independent India? Make them feel like a Maharaja, of course. The Air India Maharaja was the brainchild of the puckish, irreverent Bobby Kooka, who headed the airline's advertising function from the 1930s to the 1970s. Anvar Alikhan, the advertising industry veteran who has written extensively on the growth of Indian advertising and advertising icons, has a special place in his book for the Air India Maharaja and Booby Kooka: the little Maharaja was not born suddenly, as people imagine, but, rather, he evolved serendipitously over a series of many avatars. The very first one was in 1939, on a poster that showed a turbaned character being carried aloft by four eagles - a take-off on an old Persian legend. There was an immediate outcry from Bombay's Parsi community, who protested to J.R.D. Tata that it insulted a much revered Zoroastrian figure. In 1946, the Air India Maharaja first took the form in which we recognise him today. By 1950, the Maharaja had acquired all the elements of his final form: the striped turban, the twirled moustache, and most importantly the mischievous sense of humour flawlessly executed by the long-running agency partner of Air India, HTA (now JWT). As Bobby Kooka is reported to have said, the Maharaja "...would make the point that needed to be made but he'd do it differently: with wit, with charm, with style. He'd poke fun at everybody, and everything, in sight (most of all himself). He would be anything in fact, except boring."... Though the Maharaja was dismissed from his services for some time in the '90s, in the 2010s, he has been brought back; but somehow he lacks the wit that Bobby Kooka had so carefully nurtured.

So air travel was for the maharajas, right! Then something happened.

Captain G.R. Gopinath launched India's first low-cost airline, Air Deccan, on August 23, 2003, with the first flight from Bangalore to Hubli. The airline with its tag line "Simplifly" offered never before deals on air tickets. The airline commissioned Leo Burnett/Orchard Advertising to create a poignant ad for the airline. The film depicts an elderly carpenter in a small village getting a letter from his son. The postman who opens the letter for the illiterate old man announces that it is an air ticket from this son, to fly to Delhi, where the son is probably working. The film then, through well-composed vignettes, takes the viewer through the dreams of the little boy, the carpenter's son, to fly and how the carpenter makes him a wooden plane to play with. The film culminates with the old man making his first air journey with a simple bag, which incidentally contains the aforesaid wooden plane.

Cadbury Dairy Milk Chocolates was facing a challenge in the early '90s. the brand needed a fresh consumer insight to break out of its traditional "father-daughter" routine which had worked its magic through the '80s. Their campaign with the tagline "Sometimes Cadbury can say it better than words" was well known, but the brand needed something more. The company, its advertising agency Ogilvy and its research agency IMRB went on a hunt to find out how to build a new energy into the brand... It is rumoured that the agency team that was tasked to work on the brand remembered something they had seen on a cricket field and converted that into a Cadbury story.

A club match is in progress. The batsman has a ninety-nine score on the board. The crowd is well-dressed. We see a young woman eating a Cadbury Dairy Milk bar and the music starts. When the bowler bowls, the batsman goes for the big hit. The ball rises high, the crowd is wondering if it will find the hands of the fielder. We see the girl close her eyes and pray. The ball flies over the ropes and the fielder to become a sixer. The girl - dressed in a floral purple dress, purple being the Cadbury colour - is ecstatic. She leaps out of the stands with the chocolate in her hand, dodges the guard, runs on to the ground while performing probably the most absurd dance moves ever recorded in a television commercial... The ad, written by Piyush Pandey of Ogilvy & Mather and directed by Mahesh Mathai, would go down as one of the most remembered ads of the decade, maybe even several decades.

The advertisement did its magic for Cad-bury, but also, more importantly, it broke the Cricket-Nawab-Suiting nexus. Though the Cadbury film showed ladies and gents in their Sunday best, sitting appropriately, the final dance broke the mirage. The final dance was purely animalistic and an expression of joy. After her famous dance, Shimona Rashi was perma-nently referred to as the Cadbury girl.

"Sir, I am thinking of immigrating to Australia. What do you think?" The question floored me. I was sitting outside the recording studio of a young music director who I knew as Dilip Kumar. I had heard that he was once part of Ilayaraja's group but had decided to try his own hand at music direction. I was trying to make a low-cost ad film for an ultra-low-cost roofing brand Literoof and my film producer had strongly recommended Dilip. I had heard some of his tracks and was impressed as hell. This was the year 1992... I had no ready answer for Dilip, but managed to say that he would make a mistake by moving out of India just as it gets ready to grow drastically...

If you were wondering who this young Dilip was, it is none other than music maestro A.R. Rahman. Let me assure you that many a film music director cut their teeth in crafting the perfect thirty-second jingle. From Shankar-Ehsaan-Loy to Ram Sampat, all them have had their first innings in ad films. I am sure many more will follow their illustrious steps...

The early ads in Indian cinema halls did borrow from the popularity of Hindi film songs. Lifebuoy with its anthemish jingle, "Lifebuoy hai jahan, tandurusti hai wahan (where there is Lifebuoy, there is health)" comes to mind as the most vivid example.

Around the mid-'70s, Indians were getting exposed to Western popular music thanks to Radio Ceylone and Radio Kuwait, and the weekly dose on AIR. This led to the emergence of another voice from Kolkata, Usha Uthup. Her jingles for brands like Gold Spot and Nescafé are widely remembered. The Gold Spot cinema spot featured a girl walking down a beach carrying a bottle of Gold Spot as Usha crooned Livva little hot, sippa Gold Spot; created by the legendary ad agency MCM, the film and print advertising featured a young girl who later became the superstar Rekha...

Excerpted with permission from Pan Macmillan India from Nawabs, Nudes, Noodles — India Through 50 Years of Advertising
by Ambi Parameswaran