China helped Pakistan build a nuclear bomb. But this was not a one-way street. Pakistan, in turn, gave China access to Western technology, according to a new book by  Andrew Small.  An extract 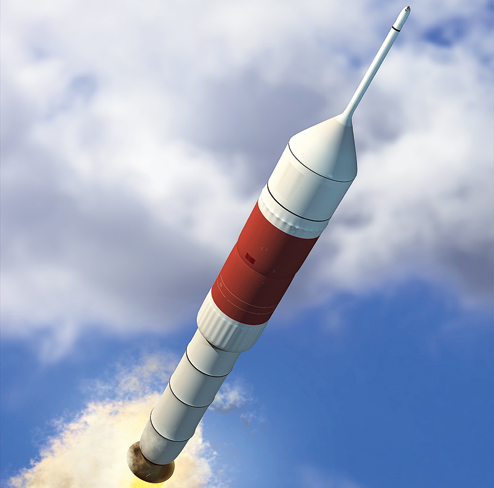 In January 2004, a strange handover ceremony took place in Tripoli. In a meeting room at Libya's National Board for Scientific Research, the country's nuclear chief, Matuq Mohammed Matuq, presented two white plastic bags to Donald Mahley and David Landsman, the American and British heads of the disarmament effort in Libya. Emblazoned on the bags in red letters was the name of an Islamabad tailor, Good Looks Fabrics and Tailors. The contents were so sensitive that most of the senior members of the International Atomic Energy Agency (IAEA) did not even have the security clearance to look at them. The task of examining the documents was left to Jacques Baute, a French IAEA official, who confirmed their veracity and sent them on a plane straight to Washington, where they were taken from Dulles Airport by armed couriers to a high security vault at the Department of Energy. One of the bags contained drawings and blueprints. The other contained detailed technical instructions. Between them, they provided step-by-step instructions for assembling a nuclear bomb.

It was not hard to work out where they had originated. While the primary text was in English, a number of the papers were in Chinese. There was also a collection of handwritten notes based on a set of lectures given by Chinese weapons experts in the early 1980s, whose names, and the dates the seminars spanned, were included in the documents. The design in the documents was for a Chinese nuclear warhead, 453kg in mass, and less than a metre in diameter. It was notably similar to a weapon known to have been tested by China in the 1960s, the CHIC-4. While too large for Libyan Scud missiles, it could have been easily airdropped or fitted on a more sophisticated system, such as the North Korean Nodong missile or Iran's Shahab-3 missile. In principle, the simple device could also have been used by terrorist groups: one nuclear expert noted that "you could drive it away in a pickup truck". The documents were missing a few of the crucial designs required for implosion, but all in all there was about 95 per cent of the information needed to make a bomb - crude by the standards of modern weapons but smaller and more sophisticated than those dropped on Hiroshima and Nagasaki.

The deal that Colonel Gaddafi cut with the United States and the United Kingdom - the dismantling of Libya's Weapons of Mass Destruction programme in return for its emergence from pariah status - was the beginning of the end for the A.Q. Khan proliferation network. A.Q. Khan's nuclear black-marketeering had played a crucial role in bringing the bomb to Pakistan before those same nuclear secrets were sold to an assortment of rogue states. After years of denying US intelligence reports that had become increasingly incontrovertible, the haul of material in Libya finally forced the Pakistani government to act against the man who was then still a national hero, known as the "father" of the nuclear programme that had enabled Pakistan to go toe-to-toe with India. The haul even included centrifuge components that were still in their "Khan Research Lab" cargo boxes. Within days of the handover, Abdul Qadeer Khan was removed from his official position by Pakistan's National Command Authority, which controls the country's nuclear programme, and placed under house arrest...

Reinforcing Pakistan's balancing role was not the only motivation for Beijing: at least in theory, nuclear cooperation was a two-way street. Not so long before, China too had been stuck on the outside of the nuclear club. The threat of US atomic weapons being used on the Chinese mainland loomed large during the Korean War and the Taiwan Strait crisis of 1955, prompting Beijing's decision to acquire nuclear capabilities of its own.Yet crucial Soviet assistance to China's strategic weapons programme had been abruptly curtailed as ideological tensions between Mao and Khrushchev grew. At one point, China's bomb designers made daily trips to Beijing railway station in the hope of picking up a Soviet prototype that was promised but never arrived. Moscow also reneged on its agreement to provide the uranium hexaflouride (UF6) - the gaseous uranium compound required for enrichment - that China needed for its first bomb. UF6 became the "weakest link in the chain"of China's nuclear industrial production. A few final clues for implosion were gleaned from the reassembled scraps of some shredded documents the Soviet weapons specialists left behind in China before their abrupt departure. After that the Chinese scientists were on their own.

Within a few years China would become the fifth country in the world to test a nuclear bomb, and Beijing moved quickly to acquire all the accoutrements of a strategic weapons programme.

In September 1976, A.Q. Khan joined the Pakistani delegation at Mao's funeral, where he and his colleagues met three leading Chinese nuclear officials, Li Jue, Liu Wei and Jiang Shengjie. Jiang Shengjie was the nuclear fuel bureau chief, and one of China's top nuclear scientists. Liu Wei managed the development of China's nuclear plants and had been in charge of the "Bureau of Architectural Technology", one of the two organs that originally launched China's nuclear weapons programme, overseeing the experimental nuclear reactor and cyclotron supplied by the Soviets. The most senior figure was Li Jue, who was in charge of research and development for China's nuclear weapons programme. He had run the Ninth Bureau - the "most secret organisation in the entire nuclear programme" - during the critical phase of its development, overseeing uranium enrichment, nuclear testing, and the weapons research facility, China's own Los Alamos. This was one of A.Q. Khan's first overseas trips as a representative of the Pakistani government. He had only made his permanent return to Pakistan at the end of the previous year, bringing with him the designs for virtually every centrifuge he could lay his hands on at URENCO's facilities in the Netherlands. By July he had established his own research laboratory reporting directly to the Pakistani Prime Minister, and by September he had settled on the Punjabi town of Kahuta, about 20 miles southeast of Islamabad, as the location for his secret plant.

While Pakistan's needs were certainly on the table in the meetings, so too were China's. He briefed them on how European-designed centrifuges could help China's enrichment programme. "Chinese experts started coming regularly to learn the whole technology" from Pakistan, A.Q. Khan states in his account. Pakistani experts were sent to Hanzhong, near the ancient Chinese capital of Xian, where they helped "put up a centrifuge plant". "We sent 135 C-130 plane loads of machines, inverters, valves, flow meters, pressure gauges," he wrote. "Our teams stayed there for weeks to help and their teams stayed here for weeks at a time." But what Pakistan got in return was far greater.

In 1982, a C-130 Hercules transport aircraft belonging to the Pakistani military left Urumqi, capital of the northwestern Chinese province of Xinjiang, headed for Islamabad carrying five lead-lined, stainless steel boxes, inside each of which were 10 single-kilogram ingots of highly enriched uranium (HEU), enough for two atomic bombs. It is likely that this was the only time a nuclear weapon state transferred HEU to a non-nuclear country for military use. China had already sent 15 tonnes of uranium hexaflouride to Pakistan - somewhat more than a bomb's worth - to ensure that the nuclear project continued on schedule: "China's gas was most likely used in Pakistan's first round of enrichment while the Pakistan Atomic Energy Commission was still struggling with UF6 production," according to one Pakistani nuclear expert's account. Their scientists had also been closely involved in technical cooperation, as a regular visitor to Khan Research Laboratories explains: "The Chinese were working on triggering mechanisms, the centrifuges, vacuum systems. They brought rocket propellant and super-hard metals like maraging steel... They brought in fissile material and Khan gave them the data on enrichment and metallurgy. They helped Pakistan import and experiment with high explosives and Khan gave them his work on the centrifuge rotors." Chinese officials stayed at Khan's guesthouse at Kahuta, which was done up in the style of a Chinese hall.

But by 1982, General Zia was nervous about the slow pace of Pakistan's progress. The Israeli strike on Osirak, destroying Iraq's latent nuclear programme, drew fears that India could do the same thing - or even the Israelis themselves. Five days before the operation, the Israeli ambassador to the UN had warned that "there is abundant evidence indicating that [Pakistan] is producing nuclear weapons". Israel had made plans for a pre-emptive attack. As had India. Even Moscow was now a potential threat - Pakistan had already embarked on its programme of support for the mujahideen's anti-Soviet campaign in Afghanistan, with the obvious risk of retaliation. Zia sent his military aide, Lieutenant-General Syed Ali Zamin Naqvi, to request weapons grade fissile material and the bomb design from China, in an effort to speed Pakistan's efforts along. Deng Xiaoping agreed. In each area where the Soviets had pulled the plug on Beijing, the Chinese would prove to be far more obliging to the Pakistanis.