Zeroing in on eclectic electronica 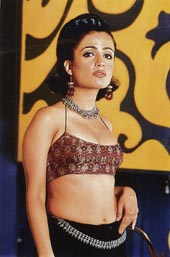 Zero 7 is one of the hottest electronica bands to emerge from the UK in recent times. At the core are childhood friends and sound engineers Henry Binns and Sam Hardaker who collaborated with vocalists like Mozez, Sia Furler, Tina Dico and Sophie Barker for their first two albums ? 2001’s award-winning Simple Things and 2004’s follow-up When It Falls.

They have also remixed material for Radiohead, Lenny Kravitz and Sneaker Pimps. Following last month’s release of their latest album, The Garden, Henry answered some questions over email to Subhajit Banerjee about the band’s journey so far...

Congratulations on the new album. But what took The Garden so long?

We were touring When It Falls for quite a while, and then I moved to the countryside and spent some time trying to find somewhere for a studio, and then built it.

We wrote the bulk of it in about six months, but then it took us a while to get it just how we wanted IT, as the finished article. But it didn’t feel like that long, to be honest!

Why are Mozez, Sophie and Tina, who contributed vocals to some of your best-known songs, missing from this album? Would they join you for the ongoing UK tour?

They’re not gone forever. This album just worked out the way it did. The music we initially wrote just suited the musicians we ended up using. Mozez, Sophie and Tina are not on tour with us at the moment, but they may join us at some point in the future.

How was it working with the new vocalist Jose Gonzalez, who you hadn’t met before recording this album?

I suppose we were all quite shy and nervous at the beginning, because we didn’t know each other. But soon enough we all felt comfortable.

Jose is a very genuine and good guy. And once we sat down to write the stuff, we all liked what each other did and it just seemed to work.

How did you approach the new album? How different is the sound from the previous albums?

It’s quite hard to have a perspective on one’s own work, to say how it was the same or different. I think my moving, and building the studio ourselves definitely had an influence on the sound. It didn’t feel like I was going to work.

Sam came up and down from London and we were in and out of the studio and the house. Different musicians came and went, and it was all pretty relaxed.

so, having less options at our fingertips in terms of equipment and people made the process simpler in a way. I think all those things can be heard in the music somehow.

The name Zero 7 is supposedly from a Honduras nightclub. Is that true?

Yes, but we didn’t exactly mean it to become our name. When we did our first remix for Radiohead, we didn’t have a name. Sam and I had just come back from travelling in Mexico and Central America and we had been to this place called ‘Zero-Siete’ in Honduras. It was a cool place, so we called our Climbing Up the Walls remix the Zero-7 remix and it was what we became known as.

When did you and Sam decide to make music together?

We met when we were about 15; we lived near each other. We both loved music and spent a lot of time going to record shops and listening to stuff. We both left school and decided to try sound engineering college.

Not long after that, another old schoolmate Nigel Godrich (producer for Radiohead and, recently, Paul McCartney) managed to help us get jobs as tea-boys at a big studio where we learnt our trade. We made our own music in our spare time. Then we got a break with the remix and that started us off as a proper outfit!

Who are your musical influences? What kind of music do you listen to?

I have so many musical influences, it’s hard to put them all down. But I suppose soul music and hip-hop were big influences when we were teenagers.

I love Ray Charles. I got into folk music later, and Joni Mitchell is massive to me.

I like a lot of Sixties and Seventies stuff, particularly Steely Dan, Crosby Stills Nash and Young, and Brian Wilson. But Mozart and Schubert are up there, too!

How much do you rely on technology to create music?

Everything is done in the studio on various different electric pianos, guitars and other gadgets and sounds we have. We use a program called Pro-Tools on Macintosh computers and we have an old Seventies mixing desk called Neve.

But no technology in the world can write you a good tune. I always start making up my songs sitting at the piano and then record the different parts and instruments in the studio.

What kind of an image do you have of India? Do you plan to tour here?

A very good friend of mine in Spain, who is a widely travelled man, has a photomontage on his kitchen wall of a trip he took to Varanasi. So I always have those images in my mind when I think of India, of the Ganges and the temples.

Neither of us has ever visited India, though we are huge fans of Indian cuisine and I cook a few dishes myself. I would love to visit India, but the touring is mostly organised by the record company.

I didn’t know anyone there had ever heard of us. Would there be enough people who know us to fill up a concert? If so, I would love to do one!