Ready to byte, gadget updates are on the way 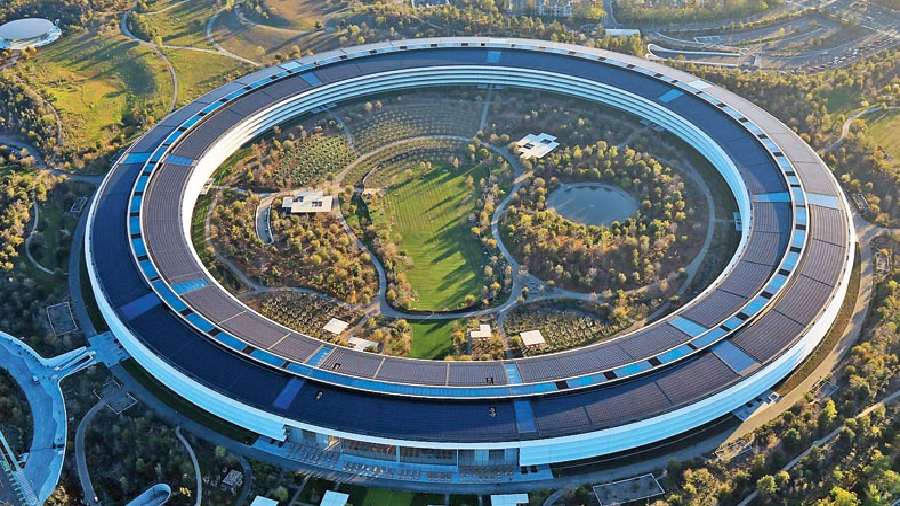 Tentpole moments don’t come every year. For Apple, 1984 will be remembered for Macintosh, 1998 for the iMac, 2007 for the iPhone, 2010 for the iPad and 2015 for the Apple Watch. One of the company’s most ambitious projects may come alive in 2022 — the rumoured device dealing with augmented reality and virtual reality. Obsessively secretive, there’s an outside chance that Apple would announce the headset at its 2022 Worldwide Developers Conference and perhaps make it public in 2023. Going by rumours, it should be a great 3D digital environment for gaming, watching video and communicating, with AR functionality to overlay images and information over a view of the real world. If Apple can get the product going, it will change the headset game completely. Expect advanced Apple chipsets to power the device.

Most phone brands will push wireless charging technology on mid-range phones and may take a cue from Apple to do away with the charging brick that comes inside boxes. Wireless charging is less messy and it will help companies push a new product category, which in turn will bring in profits.

That social media is not suitable for children is a long-drawn conclusion. Expect more efforts by lawmakers around the world to come up with laws to protect children. Instagram has already promised to roll out alternatives to its main algorithmically-driven feed and the platform’s head, Adam Mosseri, has told a US Senate subcommittee in December that the company will release more parental controls for teens in 2022, starting in March, with a feature that allows parents to set time limits.

Of course, Samsung will have its big, bold, powerful Galaxy S22 phones but what we are most excited about is the foldable phone. The South Korean company has taken a big lead in the foldable phone segment with its Galaxy Z Fold3 and Galaxy Z Flip3 but they are still expensive. That may no longer be the case. There is a chance that folding phones will become less pricey while other brands will follow Samsung’s footsteps. Don’t forget, Samsung has taken a big stride when it comes to the software on its folding phone. Is that a phone or a tablet? The folding phone will pick up steam.

Yes, many Indian cities will get a chance to experience 5G and according to a press statement from the department of telecommunications, 13 cities are in luck — Calcutta, Ahmedabad, Bengaluru, Chandigarh, Chennai, Delhi, Gandhinagar, Gurugram, Hyderabad, Jamnagar, Lucknow, Mumbai and Pune. Once there is regulatory clarity, 5G deployment will be quick, which also means, sale of 5G smartphones will be high.

So far we have seen big influencers driving users on social media to brand websites but people are looking for content they can relate to and this content will come from influencers who may have less than 10,000 followers but their content is more relevant. These are the creators who will drive social commerce. Meanwhile, the number of social
e-commerce shoppers will increase.

No doubt Meta will spend a lot on the metaverse and there will be moments of metaverse workplace but 2022 won’t look anything like some of the headlines have promised. There will be more of 3D, AR, VR but it will be restricted to a small section of users. We will still be Zoom-ing and we will still be meeting in person (give it a few months). Mark Zuckerberg has to be patient about metaverse.

A still from Spider-Man : No Way Home
Streaming war

Investment on new content from streaming companies will increase as the movie-theatre-recovery plot has received a big boost from Spider-Man: No Way Home, which has crossed $1 billion worldwide at the box office since its December 17 release. Nonetheless, expect big shows on your small screen, like a retelling of Pinocchio starring Tom Hanks, a new installment of the Cars franchise and Obi-Wan Kenobi starring Ewan McGregor. Billions of dollars will be spent on content while the public will continue to wait for something on the lines of what the webslinger has given us.

Don’t be surprised if you see an EV roll up to your neighbour’s den. The year will see companies launching electric cars to help consumers beat rising fuel costs. No, they won’t all be inexpensive but the push will be quite evident, especially from the likes of Tata Motors, BMW and Mercedes-Benz. In fact, many people who are looking for upgrades have their eyes on something like the Tigor EV.