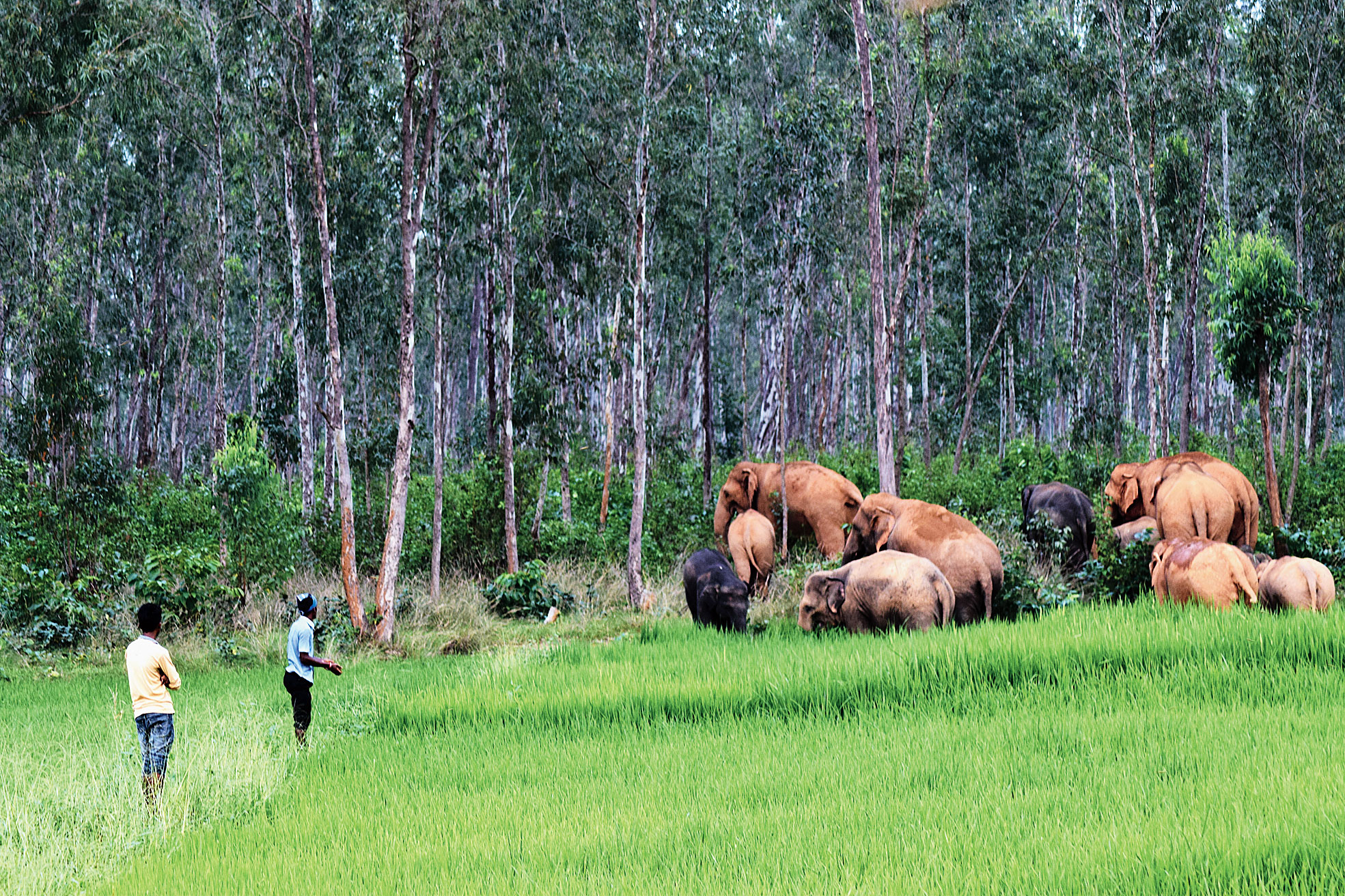 Wild elephants from Jharkhand, Similipal tiger reserve and Kuldiha sanctuary have sneaked into forested areas of the district, sparking off man-elephant conflicts.

The jumbos have killed an elderly woman and ravaged croplands across about 250 acres in forest-side villages of Champua forest range since past one week. “A herd of 32 elephants have strayed into forests areas lying on the periphery of Trilochanpur Madhupur, Kalasi, Kunjuradihi and Silisuan villages in Balibandha forest block. They are giving sleepless nights to villagers and forest personnel as jumbos sneak into crop fields after the sunset causing irreparable damage to standing ready-to-harvest paddy plants. There are reports of at least five houses being damaged by rampaging elephants,” said Champua forest range officer Ghanashyam Barik.

“The destruction by jumbos is continuing since past one week. A tusker had killed a woman on September 26. We burst crackers to drive away the animals. However, they reappear again to add to our worry,” he said.

“Skilled forest personnel of elephants’ squads have stepped up vigil and are on the job to drive away the elephants back to their original habitat. The elephants are literally playing hide and seek. A couple of days back, the elephants were chased away. But these long-ranging animals reappeared again to stray into village areas since yesterday,” said the forest official.

“Our principal focus is to prevent human death due to animals’ attack. Round-the-clock vigil is being maintained to minimise the elephant-induced damage to life and property. We have warned the villagers not to venture into elephant-infested forest areas. They have been told to stay alert on possible intrusion of animals and promptly disseminate it to forest personnel,” Barik said.

“The elephants have made our life miserable. As threat of elephants straying into village always lurks, we are living in constant fear. About half-an-acre paddy crops were trampled by the elephants. The fiscal aid that the government pays us is not adequate to compensate the crop loss. Our life and property is at stake. The government should permanent measures to prevent elephant depredation,” said Dhaneswar Mohanta, 50, a native of Trilochanpur village.