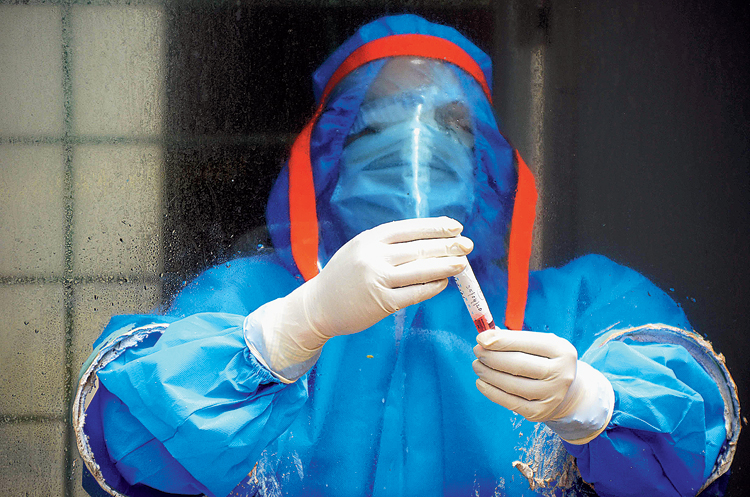 The state director-general of police (DGP) M.V. Rao has directed cops to not attend felicitation programmes arranged by individuals or organisations that confer on the police personnel the title of “coronavirus warriors”.

Saket Kumar Singh, inspector-general of police (operations) and deputy spokes­person for the state police, said DGP Rao had put an embargo on cops accepting such titles.

“There is a rat race among individuals and organisations to bestow the title of coronavirus warriors on cops. We have information that some of these individuals have grave allegations against them. No cop, including officers, will accept such a title. Prior permission is a must for any cop, including officials, if they wish to attend such felicitation events,” the IG (operations) added.

Recently, there has been a spurt in such felicitation programmes for the police across the state.

IG (operations) Singh said such events were widely publicised and photographs taken during the event were later used by the organisers to flaunt their closeness to the men in uniform.

Sources said the police headquarters saw in this a design far beyond the apparent civic society’s demonstration of support to cops doing their duty during the pandemic. Many of these events were being arranged by people with grave allegations against them. It could be assumed that such gestures were motivated to get into the good books of the police or curry favours.