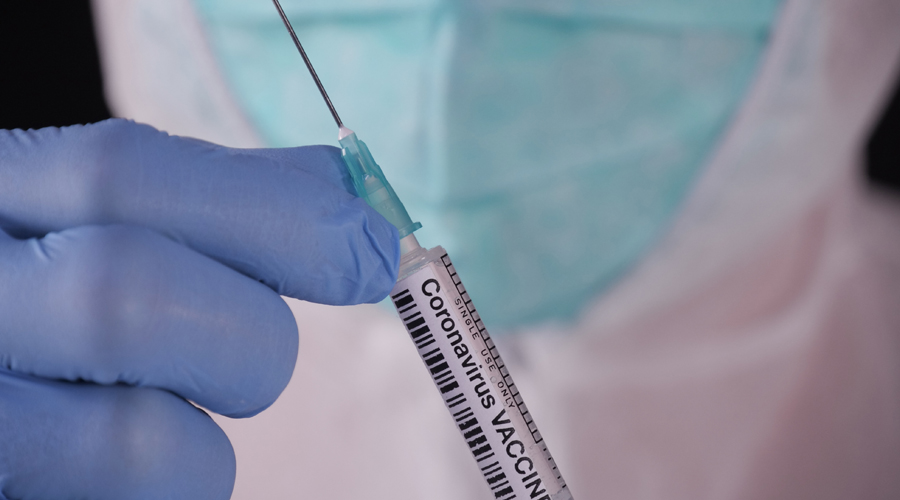 According to Dr Puliyel, the importance of disclosure of segregated data of vaccine clinical trials cannot be undermined and must be disclosed through peer-reviewed scientific journals.
Shutterstock
Our Legal Correspondent   |   New Delhi   |   Published 14.05.21, 02:10 AM

A doctor who had earlier been a member of a government panel on vaccine administration has urged the Supreme Court to direct the Centre to ensure transparency in clinical trials and recording of post-inoculation data including adverse events.

Dr Jacob Puliyel, a former member of the National Technical Advisory Group on Immunisation whose proposal on Thursday to delay the second dose of the Covishield vaccine was accepted by the government, has pleaded that thrusting vaccines on the general public without releasing data was a violation of the citizens’ fundamental right to life and liberty guaranteed under Article 21 of the Constitution.

Besides the Union government, the petitioner has made the Central Drugs Standard Control Organisation, the Indian Council of Medical Research, Bharat Biotech (the maker of Covaxin) and the Serum Institute of India (producing Covishield) respondents.

While urging the court to declare the present vaccination mandates as unconstitutional, the petition sought a direction to the Centre to make public data on the |clinical trials of the vaccines that are being administered to the people of the country under the emergency use authorisation granted by the Drugs Controller General of India.

“The petitioner avers and wishes to record the evidence in medical literature that vaccines that have not been adequately tested for safety or efficacy are now licensed under emergency use authorisation without the data being disclosed to the public,” Dr Puliyel’s petition said.

“This is a clear violation of the basic norms of scientific disclosure and the guidelines with respect to disclosure of clinical trial data, as laid down by the World Health Organisation and followed by the Indian Council of Medical Research.

“In India, the manner in which the vaccines have been licensed vitiates and even precludes the possibility that the vaccines can be evaluated objectively in the future,” the petition, jointly filed through advocates Prashant Bhushan and Cheryl D’souza, said.

According to Dr Puliyel, the importance of disclosure of segregated data of vaccine clinical trials — with age-wise enumeration of numbers — cannot be undermined and must be disclosed through peer-reviewed scientific journals.

Such information is essential to ascertain whether a certain section of the population is more susceptible to adverse effects and to determine adverse effects in various age groups and on differing populations, the petition said.

“So far, the respondents have practised complete secrecy in the matter and have not disclosed any data from trials for the vaccines that have been developed in India — Covaxin by Bharat Biotech and Covishield manufactured at the Serum Institute of India,” the petition said.

It added: “It is important for the respondent authorities to carefully monitor vaccine recipients and publicly record all adverse events. In other countries, this type of observation has helped identify the occurrence of blood clots and strokes in vaccine recipients.

“Many countries stopped administering the vaccine till they evaluated this occurrence and countries like Denmark have completely banned the use of the AstraZeneca vaccine (branded as Covishield in India). India, with its huge population and numbers vaccinated, should have reported these adverse events first. But due to poor follow-up, poor adverse events.”

“It is submitted that coercing citizens directly or indirectly to get vaccinated is unconstitutional and violates the right to life of citizens. While the government has clearly stated in numerous RTIs that Covid vaccines are voluntary, there are many instances from across the country where now various authorities are mandating the vaccines (on the ground that) Covid is a public health emergency and that such an emergency may require emergency use authorisations of vaccines which may not yet have been adequately tested,” the petition said.

It went on: “However, that should not mean that all information and data of relevance as to the efficacy or side effects of the vaccines which have been given such approval should not be collected systematically and made publicly available, especially when the vaccines are being used in a universal immunisation programme.

“Though emergency authorisation of the vaccines may be advisable in the present situation, it does not, however, mean that these vaccines can be forced upon people, especially without all relevant data being available for independent public and scientific scrutiny. The present petition therefore should not be understood to be a petition challenging the present Covid vaccination programme.”