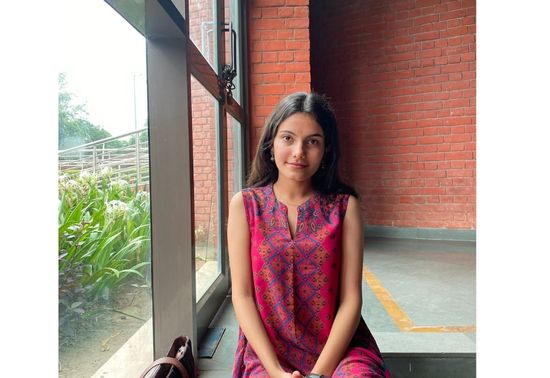 Advertisement
Summary
"Political science teaches us the art of gaining, investing and utilising power. It combs societal flaws from within, it's the corridor one has to pass to create a society fit for all"
"Politics is as relevant as the existence of humankind, something you can't ignore or escape"

We, at Edugraph, spoke to Anvita Plawat, an undergraduate student of Political Science at Amity University, Noida. An author, a volunteer and someone who genuinely cares about society and politics, she finds Political Science to be a ‘fiery’ subject and shares with us her views on it, her decision to choose this major and much more.

1. Why did you decide to get a degree in political science?

It took me two years of high school to wrap my head around the fact that politics fits me like a puzzle. When I graduated from school and my mother questioned where I’m planning on forging ahead, I told her that it was political science or nothing. I was hell-bent on doing honours, on waking up into constitutional amendments and sleeping alongside political theories, writing papers on feminism and reading about the freedom movement. I think I'd give my mother the biggest piece of cake if you ask me about the decision to take up political science.

2. What area of political science interests you the most?

Undoubtedly, diplomacy. They say it’s the art of telling someone to ‘go to hell’ in such a way that they ask for directions. It’s fierce and you’d do it all with a straight face.

The art of negotiation, the picturesque view of watching bilateral talks roll out between foreign leaders, the push and the pull. I’ve always loved reading faces and expressions and my favourite features to read would always be that of a diplomat. We hail and rally around military generals, we glorify their courage of standing tall to protect their nation, but I think diplomacy and diplomats should be the ones getting due credit from us for pulling off conversations that saved us at the right times.

Watching Foreign Service officers exist in their natural habitat, be the crispest and most composed versions of themselves and perform diplomacy - that is what intrigues me.

3. In your opinion, why does political science matter?

Every time I have asked someone their criterion for voting, a good 90% of the time, it’s simply because their family has always voted for that candidate or party. I see young people being so out of touch with grassroots politics and then complaining about the fact that governments wouldn’t do anything.

I am not asking people to read Plato's or Aristotle's theories on politics while going to vote, nor am I saying that they should get a PhD in politics to exercise their duties as a citizen. But one needs to be able to absorb their political culture and vote after giving it a good thought.

It is not important to deep-dive into knowing Socrates but one must deep-dive when it comes to knowing the local representatives during elections because that will enable them to correct the local representative as and when required. This absorption comes with the science of studying politics. Unfortunately in India, political science taught to school-going students doesn't talk enough about the most relevant parts.

Studying political science, even if it is just the basics, makes one open to the idea of being able to have an opinion. Politics is as relevant as the existence of humankind, you can't escape politics and in today’s world being apolitical isn't cool anymore.

4. What political science-related issue do you care about the most?

I think war crimes really consume my mind. I've noticed how every time a war rolls out (which is happening quite often in today’s time) our area of focus is always which country sold weapons into the crisis, which organisation mediated between them and who is winning over whom. We are so involved in the versus battle, we are unable to notice that several international laws are being broken and war crimes are being committed. They're there, just written, hardly recalled and barely being implemented. The lives of civilians, laws and the heinous scenes that erupt, disturb me on a personal level. I spend a lot of time reading and discussing what went wrong and why so. 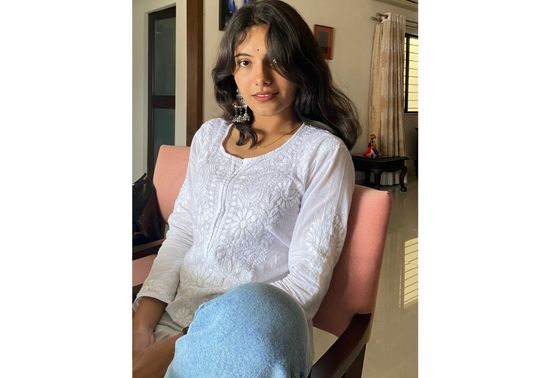 5. Who or what do you consider the greatest influence in your career so far?

My mother has been the first and foremost influential person in my life. She is phenomenal, she is in her forties, purchases political digests and has opinions to be conveyed at every moment. Growing up, I’ve always seen her learn, engage and sit around books. Books of philosophy, history literature, and the in-between. She would hold intense conversations with me about what she studied when I was hardly 12. I see myself growing up exactly as academia-loving as my mother. I always seek to get her views on my lectures and papers. I see a big part of the political world with her eyes and she has a lot to offer.

S. Jaishanker, Minister of External Affairs of India, is another influential person in my career. What hooks me the most about him is how he had completed his undergraduate degree in chemistry and then, much later, switched to political science. He expressed his struggles with switching majors and how he faced immense disapproval. He actively converses about the idea of making his passion into a profession. I couldn't have drawn any more inspiration from a person on an average day.

6. What is your favourite thing about studying political science?

I think my favourite thing about studying political science is the part that nothing is ever completely right or wrong in this subject.

In STEM, things are mathematical, black and white. In our classes, no matter how perfectly you pen your ideas and answers, you never get a complete score, because a 10 on 10 means perfection and nothing here is flawless. For every opinion that I have, there are 3 people who always disagree. This disagreement is the healthiest part of my major. It helps me introspect, learn how to handle rejection and think outwards. I am always mentally prepared to improve.

Studying political science also helps me never be stagnant in my life. Instead of chasing perfection, I've started to look out for fresh ideas and opinions. In short, the polity is engaging, infinite and full of fresh deliberations.

7. What is it like inside a political science class?

Some days it's fiery, people get angry, some gatekeep their opinions and others shout it out loud. It becomes comfortable with time. The professors have stories to tell for every lecture they deliver. For one theory, there are 10 stories. You can question opinions, even if it's from your faculty. There are knee-length levels of mutual respect. It's vibrant to watch and even more, to be involved.

Check out: Career as a Policy Analyst: The 3-Step Formula

8. You are the Vice President of Politico, your college’s Political Science club. Can you tell me about your role and the major objectives of the club?

Our club aims to be a platform for ensuring our peers can learn outside the class. In our scheduled lectures, we are restricted to the lesson plan, but when we sit down every Thursday for panel discussions and get to interact with seniors, sharing their ideas and opinions, we learn so much more, which is equally relevant. Clubs are spaces for people to get to know their major on a more in-depth level. They teach us about parliaments in class but a club helps us live it. It allows us to meet like-minded people and discuss everything, ranging from the archaic to the contemporary.

My role as a Vice President is definitely more dynamic as compared to when I was a secretary, but I think I don't look at myself as a ‘higher up’. I have always put myself forth as a peer and that has helped me gel well and bring together contrasting people to work under one roof. My role is never a stable one, yet has so much ground to it. So much has been learnt through this, yet so much is still left. 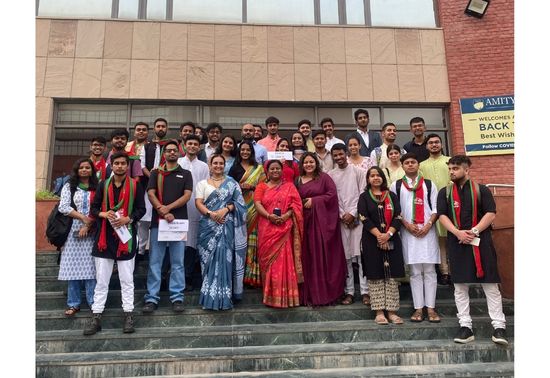 9. Is studying political science challenging or easier than you expected?

It might sound funny but it's challengingly fun. Political science was so much simpler back in high school. But in university, the more you learn, the less you feel you know. You can dig deeper in a paper forever, like a black hole of opinions, built from a thought, crafted from a whole different idea.

I get to attend lectures and sit in classes where people worry about India's position in the world and the world’s opinion of India. A political science classroom is a place where people always have something to say and it is always engaging. And anything that engages me is adventurous.

This degree is a conscious choice that I didn't just make at the time of admission but make each and every day. Political science promises me a palette of newness every day, which I always wanted for my life.

10. In your opinion, how can political science help change society?

Do you want to change the situation of refugees? Make an impact on the environment? Do you wish to enhance the representation of women or change the way gender roles are stereotyped? In every way, you can perceive, political science crafts humankind.

Your advocacy gets genuine implementation only through legislative and administrative institutions, you can speak and address all that you want but until you hold power, you won't get to bring about an actual difference. Political Science teaches us the art of gaining, investing and utilising power. It combs societal flaws from within, it's the corridor one has to pass to create a society fit for all. You may or may not like it, but, “Man, by nature, is a political animal”, after all.