Milieu ’22, for the students of Presidency University, is much more than a fest. It is a reunion after a long pandemic break and a celebration of homecoming.

The annual inter-college fest is being held after four years. Krida, the intra-college sports meet of Milieu, began on April 25 and will continue till May 17. The inter-college cultural week, which started on May 5, will be on till May 17.

Edugraph caught up with undergraduate, postgraduate and alumni members. Here’s what they have to say about Milieu’22.

Milieu has made our dream come true. When I first entered the campus after two years of staying at home, I was jubilant. It was so good to see everyone breaking free. I felt free to experience campus life and celebrate it. Working shoulder to shoulder with seniors, batchmates and juniors, listening to stories of previous editions of the fest and gradually building a new one was enthralling and surreal at the same time.

Participating in fests and organising one is all about the collective spirit and I want to enjoy that. I am eagerly waiting for the inter-college cultural week. I will finally be able to interact with students of other colleges and create a bigger network of student communities. I will also get to represent my own university in front of them. Milieu is about transcending all boundaries and forging unity among diverse cultural identities.

I participated in Milieu for three years during my undergraduate days. It is a real confluence of culture, where students of the university and institutions contribute to make it a magnificent affair. This edition of Milieu feels like a homecoming celebration. I am not a student of Presidency anymore, but my juniors welcomed me wholeheartedly and asked for suggestions. I remember back then students created new networks, made new bonds and celebrated college life to the fullest. Some even got married to one another after meeting in Milieu. I hope Milieu continues to be innovative and embraces everyone. 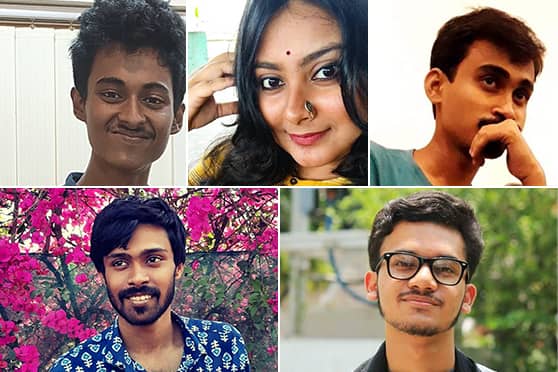 Milieu is finally here. The fest fund was transferred to the Institute of Child Health Care during the pandemic. Our motto is to promote people's unity. We were determined to make this fest a success. We managed class timings, mid-semester examinations and laboratory schedules to give structure to the fest. The entire campus is now in fest mood.

I had only heard about Milieu and how it is an emotion. Now that Milieu'22 has started and the cultural week is all set to begin on May 5, I really cannot explain the tsunami of emotions I am experiencing. It is a challenge to organise Milieu at this time of the year, primarily because Milieu has never been a summer fest in all its long history. It was difficult to find sponsorships and even more difficult to activate our PR and sponsorship teams around the city to attend long meetings. The decoration team is also acing its job, it has made beautiful graffiti all over the campus and is also planning to make three installations with waste materials. Initially, we were skeptical with exams around the corner and the scorching heat of course. We now have over 700 volunteers who are pouring in every single ounce of energy to make Milieu'22 successful. Milieu'22 will reflect how seemingly dynamic Presidency University has always been. — Sriroopa Dutta, a first-year English postgraduate student, who is also the convenor for Milieu ‘22

(Olivia Banerjee is a second-year Sociology student at Presidency University)