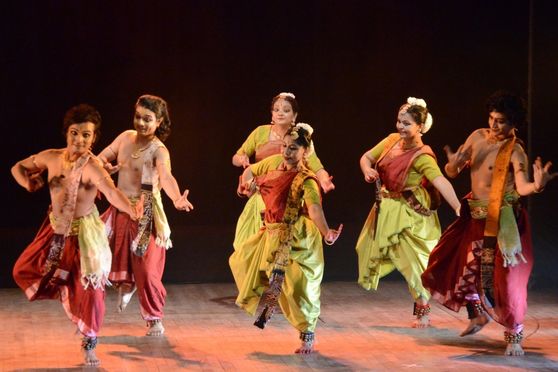 Advertisement
Summary
A Dance Drama Festival based on various Indian Classical dance forms from 25th to 27th November, 2022 at GD Birla Sabhaghar
The third and the last performance of the evening was “KIRATHAM”, directed by Ramyani Roy and Prolay Sarkar

On the inaugural day, Kalashrishti Kalakars presented a dance “Kavi Sangam” in the Bharatnatyam dance form. This was based on poems of Mahakavi Subramanya Bharatiyar and Kaviguru Rabindranath Tagore and was directed by Smt.Sujatha Ramalingam. Thereafter a dance drama named “Shikhandini” (A tale from Mahabharata) was performed by the Upasana Centre for Dance. The concept, choreography and direction was given by Ashim Bandhu Bhattacharjee. 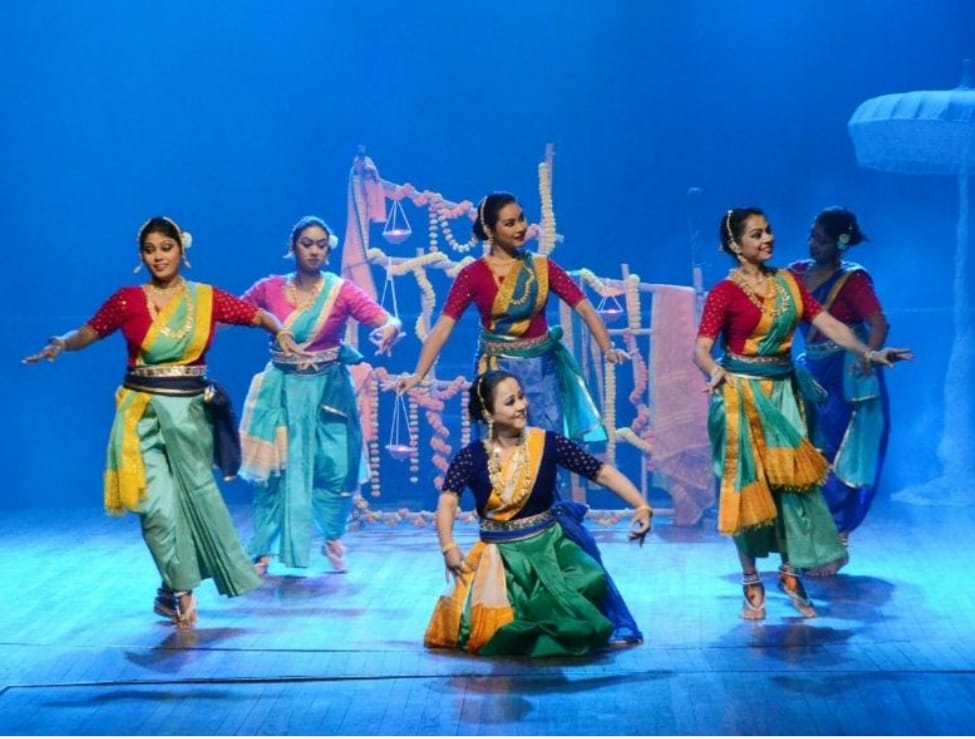 The second day’s festival had three back to back performances in Manipuri, Bharatnatyam and Kathakali dance forms respectively. The first performance of the evening was “Ghanabaari Barikhata” concepted, choreographed and directed by Bimbavati Devi. The dance form described the pangs of a nayika whose tears flow like rainwater when she sees her nayaka.

“ANDAL- The string of Divine Love” was the second performance of the evening; concepted, curated and directed by Jaya Seal Ghosh in Bharatnatyam based on the story of a child- Andal who celebrated Narayana as the supreme power. The quintessential stream of Bhakti, Shringara, Vedanta and Praapti was portrayed flawlessly in this act.

The third and the last performance of the evening was “KIRATHAM”, directed by Ramyani Roy and Prolay Sarkar. The performers enacted a mythological story where Lord Shiva and Parvathi appeared before Arjuna disguising themselves as Kattalam (hunter) and his wife. The arrogant Pandava Prince Arjuna was humbled by the Kattalan and Arjuna was rewarded with a weapon by the Lord himself.

The last day of the programme, 27November, 2022, started with ‘Manodarpan’ – a series of stories on emotions which often remain unexplored and hidden. This was directed by Sharmila Biswas in Odissi dance form. The production left the audience mesmerized .This was followed by ‘Amar Mukti Aloye

Aloye’- My Light Of Salvation ,based on different poems and writings of Tagore from ‘Sanchayita’ and ‘Lipika’ focusing on issues in the journey of life and finding peace within. The programme was directed by Smt. Priyadarshini Ghosh, Smt. Mohana Iyer and Smt. Sujatha Ramalingam in Mohini Atyam and Kuchipudi dance forms. It gave a delightful ending to ‘Nritya Gatha’.

The venue of the programme G D Birla Sabhagriha was almost full of audience for all the three days.

Shri S.G.Mehta congratulated the organisers and participants of the programme which was ‘well organised and orchestrated’, he said.

“My students are delighted by your programme. I, together with them, thank you for organising such a brilliant programme, a fitting tribute to Shri G.L.Mehta, whom I always remember with respect and admiration,” said Smt Amita Dutt, the famous Kathak dancer.

In his closing speech, Dr. G.V. Subramanian, the Director thanked all the team members of Bharatiya Vidya Bhavan and G L Mehta Foundation. He promised the audience more such cultural programmes in the future. This programme was enjoyed and applauded by one and all.