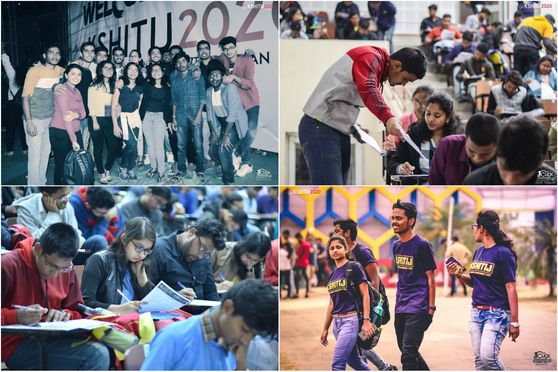 Advertisement
Summary
Kascade will be held in Chhattisgarh, Madhya Pradesh, Tamil Nadu, Kerala, Karnataka, and Jharkhand to help get direct entry to Kshitij 2022
The 19th edition of Kshitij to be held virtually from January 21 to 23, 2022

Indian Institute of Technology (IIT) Kharagpur is back with Kascade, a prelude to its annual techno-management festival Kshitij 2022 that will be held from January 21 to 23, 2022. Kascade, which is being held region-wise all across India, will help you get a direct entry to the 19th edition of Kshitij. The Telegraph Edugraph is the digital partner of the fest that is being conducted virtually owing to the pandemic.

Each region will see the brightest of students compete for four events — Sourcecode, Anadigix, Mathematics Olympiad and Managerial Olympiad. Indulge the coder in you with Sourcecode. Anadigix will see an integration of electrical components with digital ones. Mathematics Olympiad will make you play with numbers and digits while Managerial Olympiad will help you think out-of-the-box while building your brand and network.

“Kshitij is one of the largest student-run organisations with the motto — think, create and enjoy. We take immense pride in our initiative to provide a platform to people who have a thirst to create big and to explore. The 19th edition of Kshitij is ready to hit the virtual stage with the new events added to the list — snappit, relic hunter, cryptofest, and many more — which will be unveiled gradually. Other competitions include Indian case challenge, guest lectures, exhibition, auto expo, photographical events, B-Plan events and tech summit,” said Vadthya Sanjay Kumar, a third-year Industrial and Systems Engineering student of IIT Kharagpur, who is the executive head of Kshitij 2022.

Kshitij has teamed up with different colleges of the region to invite participation in huge numbers. Participants need to fill in the registration forms for each state. Here’s how:

Kascade will be held in Chhattisgarh and Madhya Pradesh on December 30; Tamil Nadu on January 2, 2022; Kerala and Karnataka on January 4; and Jharkhand on January 8. Dates for Delhi, Punjab, Haryana and Maharashtra are yet to be announced.

NEET SS 2022: Official notification will be out for mop-up round; Know major details