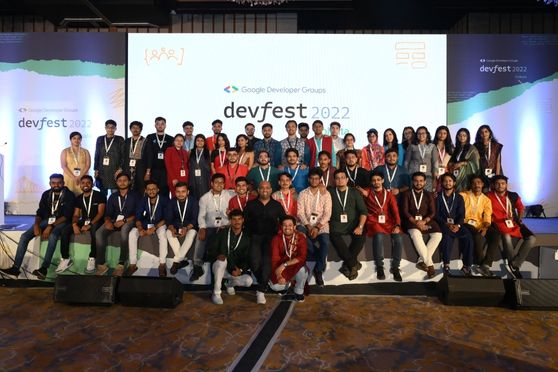 Google Developer Groups, Kolkata (GDG Kolkata) organised the largest developer conference in Eastern India, ‘DevFest Kolkata 2022’ co-powered by Sconto, brought to you by Now Purchase and other official partners - Think Again Lab, Dr. Agrivet, Hoichoi Tech, JetBrains on 13 November, 2022 at Taal Kutir Convention Centre, Ecopark, New Town. The event had a theme “Accessible to All”. The Telegraph Online Edugraph took pride in being its Digital Media Partner as it was the first in-person DevFest after the pandemic and the 9th edition organised by GDG Kolkata. The previous two years of DevFest happened online co-hosting with DevFest India, nationally; hence, this year’s edition saw a whopping 6500+ attendee registrations. Being the most important flagship event of GDG Kolkata, the organisers along with the volunteers left no stone unturned to make the event a grand success. There were guest speakers from outside of the city, along with many attendees based out of the town attending this grandeur.

GDG Kolkata was formed in 2012 by Mr. Suvankar Bose and Mr. Koushik Pal. Since then it has been helping tech enthusiasts, developers, entrepreneurs, and professionals alike in the City of Joy to come to meet, network, collaborate and learn. Meanwhile Ms. Manisha Biswas, Mr. Rivu Chakraborty, Ms. Riya GuhaThakurta were an integral part of this community and helped the community to serve better. Since 2019, the GDG Kolkata community is led by the organiser Mr. Indranil Dutta, who works at PwC India as Senior Associate along with co-organisers Mr. Binit Kumar Mondal, works at Cognizant and Ms. Aindrila Das, a Women TechMakers Ambassador and an aspiring Google Developer Expert (GDE). Also, it has a very strong team of volunteers who help in making events of this scale not only successful but also efficient in their operations. 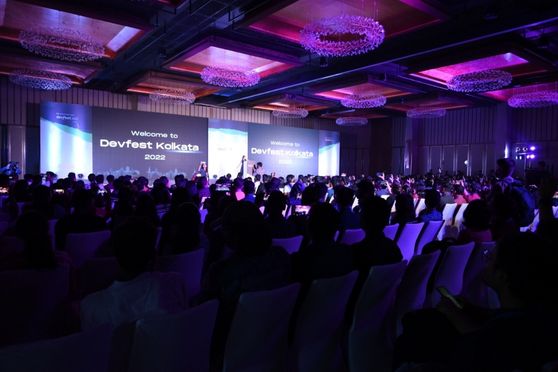 DevFest is the largest global, decentralised tech conference held across multiple locations by the local chapters of Google Developer Groups. DevFest 2022 organised by GDG Kolkata is an event which is crafted by its local organisers and 38 volunteers to fit the learning needs and interests of the local developer community, with a strong focus on knowledge exchange and networking. The attendee registrations were reviewed and filtered according to the domain expertise and interests shown in the applications. The total number of attendants at the fest was 550, including the speakers, guests, organisers & volunteers.

The conference was attended by industry professionals, research scholars from IITs, students, and entrepreneurs, CEOs & CTOs of MSMEs, across various domains and sectors, and yet the most important uniting factor for all was the passion and love for technology. It saw a huge turnout of young individuals, mostly college students and working professionals who had a share of 55% and 45% respectively.

There were two tracks on which the halls were divided for the sessions. The first track (hall Utsab) was about mobile technologies and the second track (hall Parbon) was on web & cloud technologies and AI/ML. It all started with the Google keynote by Arun Teja Godavarthi, who is the Program Manager of Google Developer Groups India followed by a session by Usha Rengaraju on ‘AI for Autism’. Usha is the Chief of Research at Exa Protocol, working on various research projects in AI and cybersecurity. After a short tea break, the halls were divided and speakers made the audience engrossed in their sessions throughout the entire day. In the mobile track (Hall Utsab), the speakers who had their sessions were Mr. Pawan Kumar, Mr. Adit Lal, Mr. Aloke Majumder, Mr. Praveen Thirumurugan, Mr. Anurag Sarkar, Mr. Aditya Thakur, and Mr. Bhavik Makwana. In the web, cloud & AI/ML track (Hall Parbon), the speakers who delivered their sessions were Mr. Shuvam Manna, Ms. Arunima Chaudhuri, Mr. Dhananjay Kumar, Ms. Aindrila Das, Mr. Indranil Chandra, Mr. Sohail Pathan, and Mr. Sayak Paul. 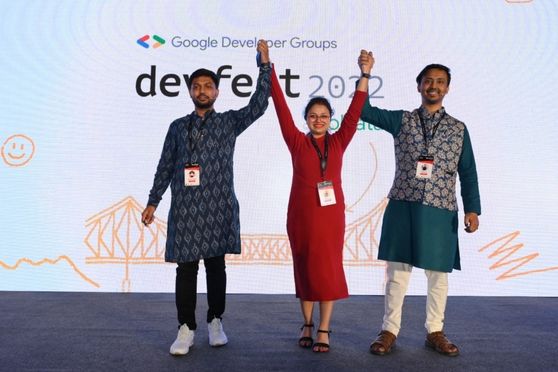 The organisers of the fest Source: DevFest

Furthermore, there was an endnote where the organiser and the co-organizers shared how DevFest Kolkata 2022 event took shape in the last 73 days and what was the process followed to make the event exceptional.

In between, so many insightful knowledge-sharing sessions, attendees and guests interacted with each other and made connections with their fellow cohorts in the industry. The sponsors and the partners gave internship opportunities, announced job offers, gave away goodies and swags. This marks the beginning of a new era of community engagement in the developers' community of Kolkata, brought forth by the organisers.

18 Under 18 Awards: Looking Back At Last Year's Winners

The Design Village organised an interactive session with Mossi Traore