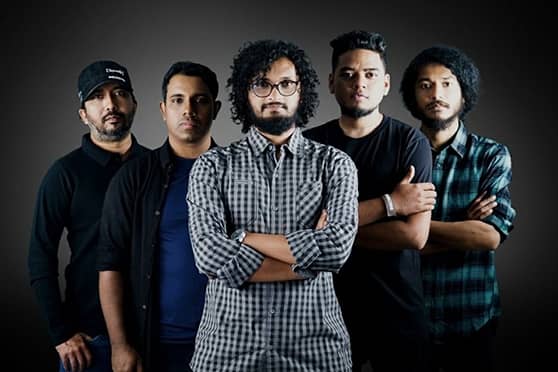 Shironamhin, a band from Bangladesh to perform on May 29. Source: Facebook

Advertisement
Summary
Sanskriti’22 has 19 competitions for students
Shironamhin from Bangladesh to perform on the last day
The nine-day fest is hosted by the Faculty of Engineering and Technology Students’ Union, Jadavpur University

Seven days of art, dance, music, fun and galore are in store as the Faculty of Engineering and Technology Students’ Union at Jadavpur University gets ready to host Sanskriti’22, the annual inter-college cultural fest, from May 21 to 29, 2022. Bangladeshi band Shironamhin will wrap up the event with a performance on May 29.

Registrations close a day before the competition date. On-spot registrations will close 30 minutes before the start of each event. Here’s what you can sign up for www.fetsanskritiju.in

Natyalaya: The drama competition is to take place on May 23, noon onwards. In the first round, students can put up a play on any topic of choice and in the second round, a common topic will be provided by the judges.

Ghoongrooz and Moon Walk: The eastern and western dance competitions will be divided into two categories — solo/duet and group. Both the competition will be held on May 24, 10am and 2.30pm onwards.

Rap Battle: May 25 will see students battling out two rounds — preliminary and final.

Beat Boxing: All participants will get a minute to showcase their beatboxing skills on May 25, 2pm.

Guitar Wars: Western guitar solo competition on May 28, 11am onwards.

Instrumental: The instrumental solo competition will be held on May 28, 1.30pm onwards.

Inquizzitive: Tickle your grey cells at the general quiz on May 25, noon onwards.

Graffiti Wars: The graffiti competition will be held from noon on May 22. A team can contain a maximum of five members and will have to complete their artwork by May 28.

Think Twice: Witness a battle of words in the debate on May 22, noon onwards.

Poster, T-shirt and Face painting: All three competitions are scheduled to take place on May 24, noon onwards.

Creative Writing: Participate in two categories — prose and poetry — on May 27, noon onwards.

Rangoli: The rangoli-making competition will take place on May 26, noon.

Shoot at Sight: A theme-based spot photography contest on May 26, 6pm. The theme will be announced one day before the event. One can submit a maximum of three photographs at events@fetsanskritiju.in. The photographs will be displayed at the Open Air Theatre during the reunion and final act night.