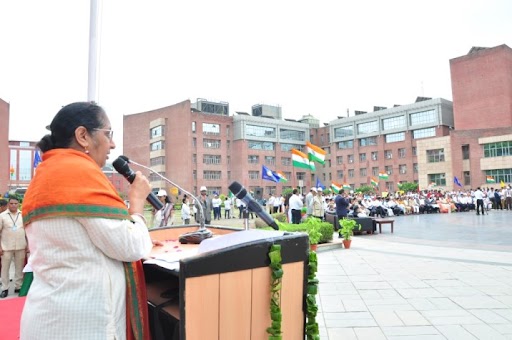 Dr Ashok K. Chauhan, the founder and president of the Amity Education Group, remarked during his Independence Day speech, “It is a proud day for all the citizens of India as the 76th Independence Day is being celebrated across the country. Today, Amitians have put together a great show to mark the occasion and it is heartening to see the Amitians celebrating Independence Day with such great enthusiasm. In the next 25yeras, it is our commitment to make Amity University the best University in the world. Amity is aligned with the vision of our honourable Prime Minister, Shri Narendra Modiji, and is committed to building an “Aatm Nirbhar Bharat”. Science, technology, and innovation are the major driving forces which will lead the path toward the development of India. Our Prime Minister has also laid emphasis on “Jai Jawan, Jai Kisan, Jai Vigyan and Jai Anusandhan” and Amity is a leading research and innovation driven University, has a mission of making its students future-ready, along with imbibing human values in them.” He encouraged the students to have dreams and missions in life and to work tirelessly to achieve them as he concluded his address.

Dr Atul Chauhan, Chancellor of Amity University in Uttar Pradesh, spoke during the event, “Today is a historic day as all the Amitians from different campuses, not only in India but around the world have come together to salute and pay their respects to the martyrs who have sacrificed their lives for the country. Dr Ashok K Chauhan has always thought of serving the country and has been a visionary leader and led all Amitians by his own example, dedication and hard work. The future leaders, industrialists and scientists should be from Amity and Amitians will play a significant role in making India a Global Superpower.”

Dr. (Prof.) Balvinder Shukla, vice chancellor of Amity University Uttar Pradesh, addressed the group and stated, “Without understanding the societal and nation’s needs, the youth cannot be called educated. The youth is the future of the country, therefore, they must work hard towards nation building, irrespective of the career path they choose. We, as Indians, must take pride in our rich cultural heritage by aiming to bring back the lost glory of India in the next 25 years. Just getting educational degrees is not enough but how that degree can be used to contribute towards the development of the country, that should be the primary objective of each and every student of Amity.” 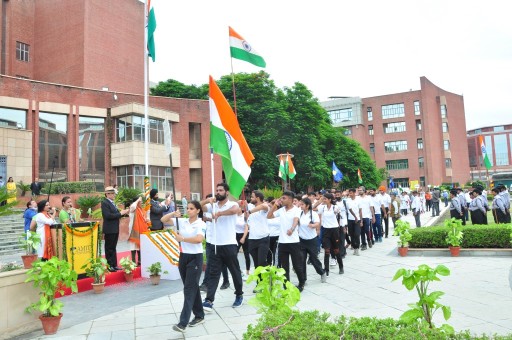 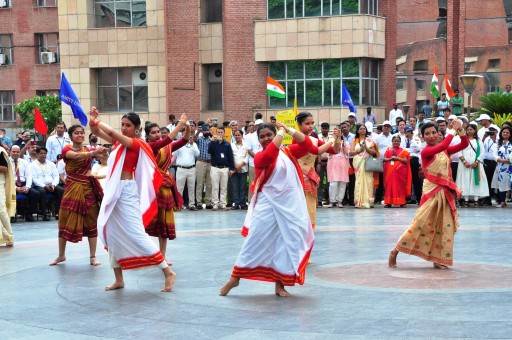 The National Anthem was played after the Vice Chancellor, Dr. (Prof.) Balvinder Shukla performed the Flag Hoisting Ceremony at the special event. The team from the Amity Institute of Behavioural and Allied Sciences won the march-past, followed by the team from the Amity Institute of Physical Education and Sports Sciences, which was named the runners-up. The march-past was organised by the various Amity institutions and included student delegations led by their heads of Institutions. The audience was spellbound by the students of Amity's spectacular performances, which included the singing of patriotic songs and beautifully choreographed dance performances displaying India's rich cultural diversity.