'You have to believe that you can do it': Arun Lall to aspiring young cricketers 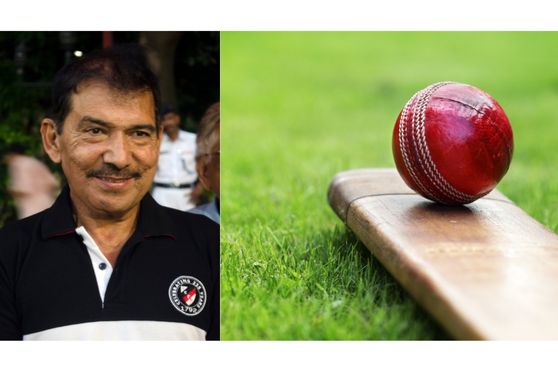 Advertisement
Summary
Every second person in the country, or more, has idolised a cricketer at some time or the other
"Every child in our country has the right to play and they must play sports. It is a nation and a character builder"

Cricket is not just another sport in India. Almost every child has participated in this sport in some form or the other while growing up, be it gully cricket or just plain simple bat and ball or taking their passion to the next level and enrolling themselves in an academy. Why just playing, every second person in the country, or more, has idolised a cricketer at some time or the other.

Infact, people worship this game in the country. Interestingly, the game has seen a massive change in the way it has been played over the decades. Today, on Virat Kohli’s birthday, the superstar of the year, we at Edugraph speak to one of the cricket veterans of our country, Mr Arun Lall, as he shares some words of advice for young cricket enthusiasts in the country.

Q. What motivated you to get into cricket?

: My case was a little different, it was not a conscious decision. I was studying economics at St.Stephens’ college in Delhi, where cricket was a big thing. My father had played for the Ranji trophy in 7 states, a record which still stands today. So, cricket was there in me and at college I used to play cricket the way I played at my school, Mayo College. I started doing well in the game and played for college and I got selected to play for the university.

I gradually got the chance to play cricket for the under 22 team for Delhi and one thing led to another and I just kept going. After passing college, I took up a job that would allow me to play cricket because I was playing first-class cricket. Playing for India just happened.

Q. Given the competitiveness that the current cricketers have to face, what qualities should a sportsperson have?

: The level of competition has gone up enormously. New avenues and career prospects have also come up. The IPL is there, first-class cricket supports you with about 10 to 15 lakhs a year. Club cricket pays you well. If you make it to IPL–which is massive in India–then the sky is the limit.

Working hard is important as it will require a huge amount of sacrifice to succeed. You will have to forsake a lot of things in life to pursue such a competitive career as cricket. You have to have a huge passion for it and desire, but believing in yourself is of the utmost importance. You’ve got to think that you can do it. You have to believe that you can do it. Go very hard at it. However, I would still say there has to be some sort of fallback–don't say I am playing cricket so I am not doing well in my studies, or I dropped out of school or college, because that won't help you. It will actually increase the pressure on you.

Q. How did you cope with failures and what did you learn from them?

: For me, it was pretty traumatic at times, because in our time it was either you play for India or you are out of pocket. For the Ranji trophy, we used to get Rs 300 a match. When I started playing we used to get Rs 100 a match. Your costs of maintaining cricket were far greater than that. But now at least that has changed. In that sense, there is a little bit of fallback. If you don't play for the country you play for the state and still make a fair earning, which was not there in our time.

Coping with failure is the main thing. You will fail, it's a guarantee. Cricket is such a game, you will not have success all the time. So you have to really learn to cope with that and not get depressed. Remember that when you fail, that's when you will learn and that's when you will try and introspect and that's when you try and get better. It's not such a bad thing that you are failing along the way. It’ll give you a lot of lessons and make you a better cricketer and a better person. Do not fear failure.

: It has changed enormously. One-day cricket, Twenty20, test matches–3 formats, and now there are talks for a 4th format, which is T10. So you have got to adapt as the whole game has progressed. You have to be able to innovate, take risks and be more fearless and believe even more in your abilities to cope with whatever is required from you.

Fitness levels have gone up hugely. The demands of the game not only require one to be fit, fast and strong but to be resilient and to be injury-free. It requires a huge amount of training, exercise, diet consciousness, muscle development, sleep patterns and a lot of things that have come in which are now imperative for your success. If you can't handle your fitness side, you are not going to succeed, however challenging you may be.

A lot of things have changed, and progress has become much more demanding and difficult but the rewards are also that many, almost 100 times greater.

Q. What suggestions do you want to give the readers, especially the youth who are interested in cricket?

: I highly envy the young generation that I come across because they are so fearless and not as insecure as we were. I think this new generation is really really fantastic. They should pursue their instincts, and go for their passion. Go for it wholeheartedly and don't hold back. Believe in yourself greatly, and be willing to work harder than anybody else. It's all about hard work. Things are changing for women, as well. They are a lot more liberated, and the thinking and the future of women's sports are greatly enhanced in India. The women are going to take India forward.

I have a radical view here: if you have not played sports then you are only half-educated. It’s not that you have to play for India or the highest level, but you have to learn everything that sports teaches you–that your classrooms cannot. Every child in our country has the right to play and they must play sports. It is a nation and a character builder. I really wish the young well and I know they are the ones who are going to take India forward. So relying on them.

The mantra is: You believe, you work hard. Don’t think that you are lesser than anybody else, because you are not. You can achieve anything once you put your mind to it.