Web Designer vs Web Developer: What differentiates the two professions? 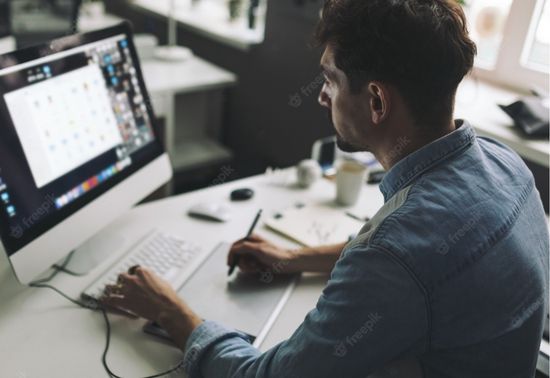 Advertisement
Summary
Broadly speaking, here are two parts of a website that need to work together for the best effect. These are UI (User Interface) and UX (User Experience)
Whether you pursue a career as a web designer or web developer, consider that both roles ultimately aim to produce excellent websites

Websites are a huge part of our lives today. Websites and apps are the most common vehicle for service providers and businesses to reach their customers. The internet is also the primary mode of communication for most people. And here is where web designers & developers come into play!

Even though the two collaborate to get the job done, web designers and web developers actually have distinct responsibilities. Knowing what each one performs will help you choose the position that's best suited for you. Read on to know the major differences between Web Developers and Web Designers.

Check Out: Digital Design: A Blend of Creativity & Technology

Web Designer vs Web Developer: About The Professions

Broadly speaking, here are two parts of a website that need to work together for the best effect. These are UI (User Interface) and UX (User Experience). UI is what a user sees and the usability of the website, or how easily things can be accessed. The UX refers to the actual functionality - using coding language to execute the design.

Web Designer: A web designer’s domain is primarily the UI. Similar to an architect, they build a website's style, feel, and functionality from the ground up. They work with typography and user interface design, ensuring the ease of use of a website. In other words, they create a blueprint, in this case, wireframes, of the entire website.

Web Developer: What a builder is to an architect, a web developer is to the web designer. The designer’s wireframe is converted into a working website by the web developer. They work with programming languages like HTML, JavaScript, and CSS to build the framework of a website, fix design faults that may arise, and add all functionality to the website. From UI development to website server upkeep, developers are responsible for a broad range of activities.

Check Out: The 5-Step Guide to become a Technical Writer

Website creation, development, and maintenance require the skills of both web designers and developers. In the end, the two jobs rely on one another to provide high-quality results.

The primary difference is that developers concentrate on the technical facets of the project, including coding and programming; whereas designers handle the conceptual and graphic work required to guarantee a strong UX and UI. Here are some of the other major differences between the two:

Read: How to become a Product Developer

When deciding whether to become a web designer or a web developer, keep in mind the various specialties and skill sets required. If you enjoy the practical, technical aspect of projects, becoming a web developer is a viable career path. A web designer, on the other hand, is a more practical job choice if you are interested in colour theory, branding, and the artistic aspect of designing websites.

Whether you pursue a career as a web designer or web developer, consider that both roles ultimately aim to produce excellent websites. While gaining a foundational understanding of programming and some basic coding skills is required for entry into the field, whether you are a web developer or a web designer, this is a thriving field for both. When making the choice, think carefully about what you are most passionate about, design or development. No matter which you choose, both professions are needed across sectors today, from governments to educational institutions, and everything in between.

Career in network marketing: Top 4 steps to get started