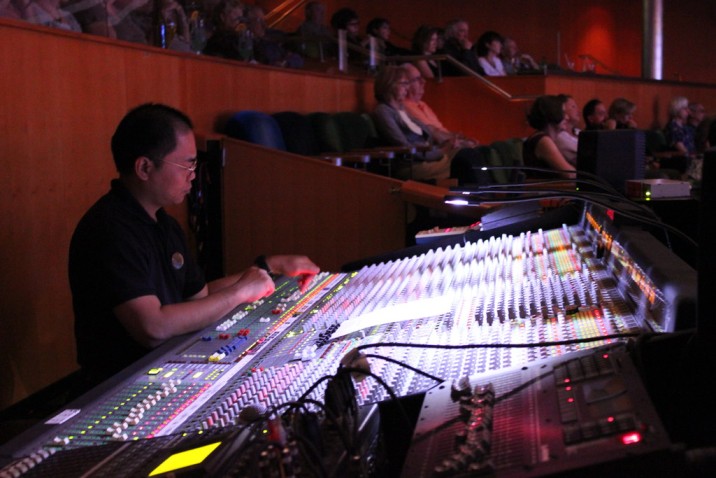 Do you find yourself always humming and creating music using random objects - a spoon or a bucket, maybe? Or do you mix and create your own music using different applications or software? Are you interested in making music using technology? If the answer to two or more of these questions is yes and you should definitely consider a career as a sound engineer.

While sound engineering may not be the most popular engineering discipline that people sign up for after class 12, it is definitely gaining prominence among the youth. It is the area of engineering where specialists study the specifics of sound and learn to work with the technical components of sound, such as recording, editing, mixing, and mastering.

Some of the common questions that may be on the top of your mind are: what sound engineering is all about, what do sound engineers do, and what the educational requirements are to become one?

Read on to find out the answers…

Simply said, sound engineering is the act of collecting, recording, editing, modifying, mixing, reproducing, and delivering any sort of sound, utilising a variety of mechanical and digital tools. Sound engineers or audio engineers are the people in charge of performing this.

In the world of music, sound engineers are the lifeline. They enhance its quality and bring about greater auditory clarity. A lot of sound engineers are responsible for planning and managing the audio for live events like conferences and theatres, among many other programmes. Film, radio, television, music recording studios, gaming companies, event management companies, and music concert productions are among the top industries that employ sound engineers.

How to become a Sound Engineer?

In India, students who are interested in becoming sound engineers can pursue any of the following paths:

As a sound engineer, you will primarily be working with sounds and equipment, ensuring that you can produce the best output. The following are 4 of the most specified job profiles for sound engineers:

Recording Engineers work in a studio set-up where sound is being recorded. More often than not, this is music produced by bands or singers. Using microphones, volume adjustments, and other sound manipulation techniques, they record the sound being created. They are responsible for live adjustments at the time of recording and also for working together with the recording artists and assisting them with suggestions for better quality sound.

What the recording engineers produce is then worked on by the Studio Sound Engineers. While they could also be setting up the recording, their main area of expertise is the editing and mixing of sound to produce the best possible output that can then be used.

These engineers work in live music settings. Even as a band performs on stage, the audio that is produced by the microphones and sound systems needs to be monitored and modulated. This is where monitor sound engineers come in. They ensure that the live audience hears the best music, and the feedback that the performers hear is suitable. They also maintain and repair the monitoring equipment and microphones that are used in live shows or recordings. Monitoring the stage wiring and monitoring system.

Although practice makes perfect, in a live show you only get one shot to get it right. There will always be some errors along the path, but certain qualities and skills will make you better suited for the job.

Here are the top 4 skills a sound engineer must have:

Creative problem-solving is frequently required in the production of live shows. When the performers are already on stage, or a track recording is already underway, often the problems that arise may need to be solved creatively by the engineer in charge. At these times, their inventiveness and in-depth understanding of the field are absolutely key.

An audio engineer needs to be proficient in using the features of various hardware systems in order to create high-quality sounds. They must also know exactly how the hardware should be set up, and how they work. Knowing your equipment is one of the ingredients for producing the best quality sound using them.

Learning the fundamental concepts of music theory could be beneficial if you want to work in the music production industry. For instance, a metre reflects a composition's rhythmic structure, and tempo mathematically represents the composition's total speed. A sound engineer must have a fundamental understanding of these concepts of sound theory.

Because recording sessions and events frequently follow a schedule, and sound engineers are frequently the first people expected to reach the venue and set up, it is essential for audio engineers in all entertainment fields to be familiar with time management and organisational techniques.

Career Opportunities for a Sound Engineer

Many tasks are involved in sound engineerings, such as audio file processing, mixing, and recording. Also, there is a general misconception that sound engineer are only employed in the live music scene. This is, of course, not true, as sound engineering is employed frequently in the television, radio, cinema, and video game industries.

Engineers record sound for commercial music, radio, television, films, advertising, videos, websites, computers, mobile apps, and a variety of other industries. In fact, it is one of the most important revenue-generating fields. The scope of sound engineering in India is modest, but it has enormous potential for expansion in the entertainment business and likewise, sound engineers are in high demand.

With all the information in hand now, pursue your dream. Be a sound engineer, make the music and let it be a trend on the internet!