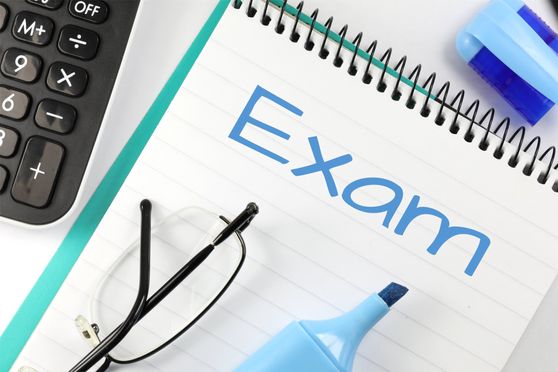 Advertisement
Summary
CUET is a combined national level examination that is being conducted from 2022 to create a central platform for admissions into courses and programmes being offered by central universities and colleges across the country
Recently, the University Grants Commission (UGC) has submitted a proposal to integrate the NEET and JEE into CUET

The CUET or Common University Entrance Test, which has been surrounded by a number of glitches and problems, is being conducted for the first time in the year 2022. The University Grants Committee suggests that the CUET marks are to be used for admission to all Central Universities and other Colleges across the country.

In it’s current format, these exams, conducted by the National Testing Agency (NTA), are divided into 2 broad categories. These are Undergraduate and Postgraduate. In 2022, the exams were computer-based and the duration varies depending on the language and subject combinations selected by the candidate.

Section IA: this section is available in 13 languages and the student must select any one of them to answer in. This will also be the language for Sections II and III as well.

Section IB: this section has 19 languages and is meant for students wishing to pursue their undergraduate education in a specific language.

Note: Candidates have to mandatorily attempt any one language from 1A, but can select up to 3 languages to attempt from Sections 1A and 1B.

Section II: This section contains 27 domain centric tests, of which candidates can pick up to 6.

Section III: This is a general test that covers questions on logical and analytical reasoning

Why was CUET Implemented?

Back in 2010, Central Universities Common Entrance Examination (CUCET) was conducted for the first time under the UPA-II government. At that time, it was conducted only for admission to seven central universities of the country, but year on year, more and more universities started to consider the CUCET scores to grant admissions.

However, the National Education Policy released in 2020 has attempted a paradigm shift in Education in the country. In keeping with the NEP 2020, the CUCET was relaunched in 2022 as CUET, making it mandatory for the central universities to use it as part of their admissions policy.

According to UGC the major idea behind CUET is to make sure a common platform is available for students, regardless of which part of the country they come from. The implementation of these exams was also in line with the National Education Policy (NEP), which states that admission to higher education institutions should be based on a central entrance test to allow uniform standard of benchmarking for students. Another goal of these exams is to eliminate the discrepancies that exist between the Class XII exam results from various boards.

The CUET UG applications for 2022 were initially released on 6 April and the correction window was opened on 23 June, in the run up to the examinations, which had been scheduled to start in July. With admit cards being released 1 or 2 days prior to the start of each phase, the 1st phase exams were conducted from 15 July to 20 July. It was in the second phase of CUET that the exam started to run into problems with students complaining of significant technical failures and delays. Server issues, paper download problems and security protocol errors resulted in the NTA canceling exams at numerous centers across the country. While the NTA attributed the glitches to “technical" reasons, the general understanding was that these problems were all caused by inadequate preparation on the part of the testing agency. Students who were unable to take the test in the second phase have now been allotted fresh dates, tentatively between 24 and 28 August, after the conclusion of the third phase, which is scheduled to start on 17 August 2022.

CUET UG, as of now, tests a unique combination of 54,000 subjects. This makes it all the more reason for them to have had a more stable infrastructure in place for both students and professors. Experts opined that the NTA should invest in system upgrades at the minutest levels to make the process smoother, much like the Kendriya Vidyalaya network.

The CUET, going forward, is planned to be conducted twice from the next academic session. With the future of thousands of students on the line, these issues should be taken seriously if the CUET exams are to deliver on the promises made by the UGC in keeping with NEP 2020.

Read more about the glitches and students’ response here.

So far as the recent developments go, the latest suggestion made by the UGC is to bring most undergraduate admissions under one single umbrella. They have proposed a…

Merger of CUET, NEET and JEE

The University Grants Commission (UGC) has submitted a proposal to integrate the NEET and JEE into the Common University Entrance Test (CUET), particularly at the UG level.

The UGC has expressed their intention to form a committee with the key purpose of consulting with the various stakeholders, so as to have their opinions and suggestions combined to advance the proposal. For the time being, for admissions, students must appear for NEET for Medical, JEE for engineering colleges, and CUET for all other degrees including science and business.

The proposal stipulates that students need only take a single exam and choose from a variety of subjects. This suggestion brings relief to the students as they will then have to attend only the CUET and its grades will be used for admission in multiple fields. This also solves the issue of duplication in major national level entrance exams where students will not have to deal with overlapping dates and exam centers and other logistical issues.

From the perspective of exams, CUET makes a huge difference in the education system of India as it gives equal opportunities to students pan-India for admission into the central universities of the country. Previously, when each university or college had its own admissions process, this often led to some colleges being wildly popular whereas others were left behind. In the future, with the smooth and structured process offered by a combined CUET, students can hope that this common entrance examination will reduce this gap and equalise the acceptance rates of the various universities.