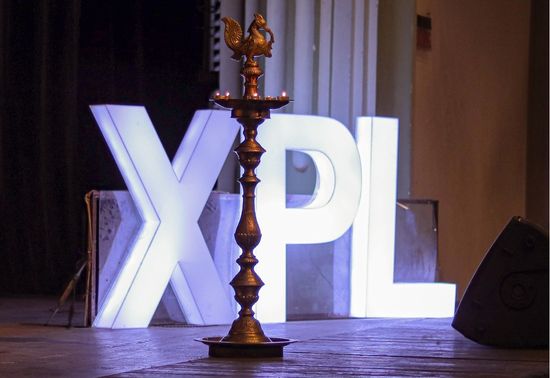 Advertisement
Summary
Students across campuses and departments of SXC displayed their athletic prowess with impeccable grace at the event that can rightly be termed the event of the year- Xavier’s Premier League 2022, fondly known as XPL
From Chess, Darts, Table Tennis to Mixed Basketball, Football and E-Sports, XPL was filled with enthusiasm and passion for sports

“One man practising sportsmanship is far better than 50 preaching it.” ~ Knute Rockne

On 16 & 17 September 2022, the grounds of St. Xavier’s College Kolkata witnessed an event that’s truly one of its kind. Students across campuses and departments of SXC displayed their athletic prowess with impeccable grace at the event that can rightly be termed the event of the year- Xavier’s Premier League 2022, fondly known as XPL.

The energetic fervour of XPL ‘22 was sparked off a day prior to the games with a riveting speech by Fr. Principal, Dr Dominic Savio, SJ. This inauguration ceremony was also graced by the esteemed presence of the Guest of Honour, the fierce right-handed Team India batsman and former coach of the Bengal Men’s Senior Cricket team, Mr Arun Lal who mesmerized all with his hearty anecdotes in conversation with Friend FM’s head and alumni Mr Jimmy Tangree. Their jovial quips and engaging exchanges soon paved the way for the moment that all Xaverians had been waiting for with bated breath, the official XPL logo launch! 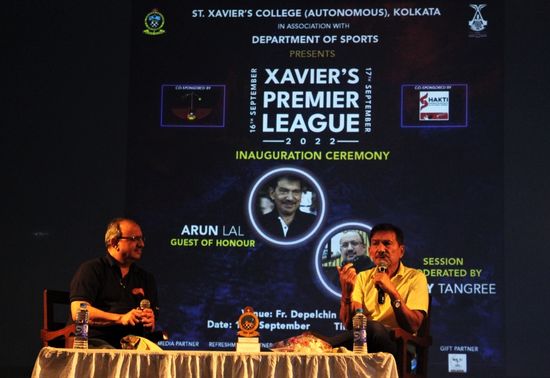 Perched on the wings of glory, this inauguration not only awakened the sportsmanship spirit in the hearts of all those present on that fateful day in Fr. Depelchin auditorium but also introduced the majestic teams who had been prepping for months for these two days of sports extravaganza. The electrifying launch was also graced by an invigorating audio-visual that brought to light words of encouragement by our fathers, professors, teacher coordinators, former general secretary, former sports secretaries, and the current acting general secretary, Subhangi Roy. And by the end of this hour-long programme, all Xaverians knew one thing for sure, the games, had begun!

The following day, XPL 2022 commenced on its two-day fervour-filled journey with the sport that later had the opportunity of witnessing our very own Fr. Principal take part in, Table Tennis! 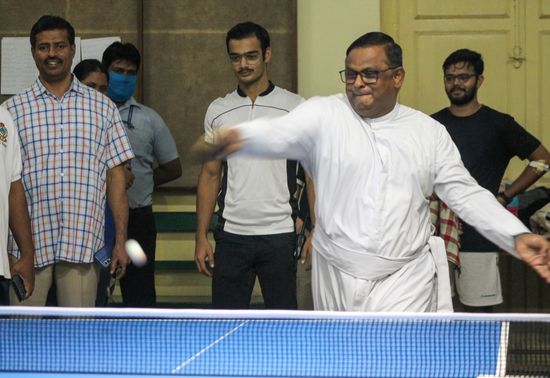 The Chess tournament, organized for the first time as a part of XPL this year, witnessed players whose concentration-laced faces served as a constant reminder of the sprightly pace of their quick wit. 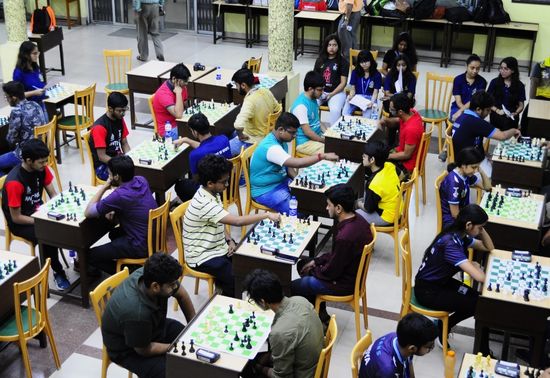 The game of darts, again a new addition this year, was organized in association with the Darts Association of Bengal & witnessed players hitting the bull’s eye out and out and mesmerizing all with their unwavering precision. 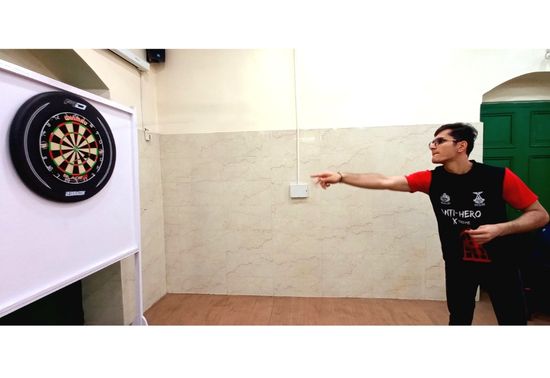 And despite the wrath of the rain gods on both days that left our fields lapped with mud, neither the players’ nor the supporters’ enthusiasm could be drowned when it came to the outdoor events of XPL- the men’s football, the women’s football, and the mixed basketball. 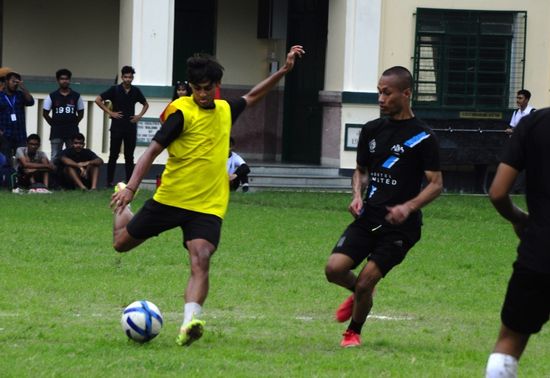 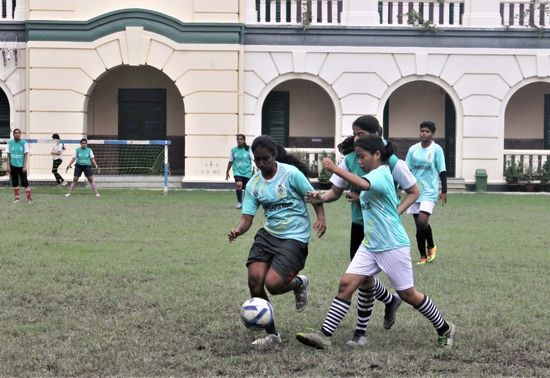 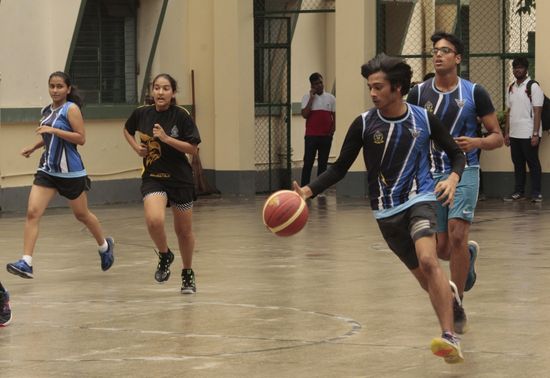 And while the core committee rolled their hems to take on the water-splashed fields; at the far end of the campus, these same games commenced, albeit with lesser flooding involved, in the digital verse with players engrossing themselves in nail-biting FIFA and PES matches in XPL 2022’s E-Sports leg! 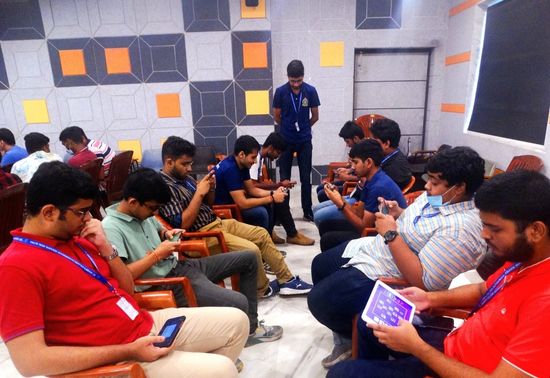 Xavier’s Premier League 2022 hosted several teams, including Titans. Titanium, Anti Hero, Anti Hero Extreme, Majestics, Majestics Mavericks, Hostel United, HPU, and the SXC Raghabpur team. It also personified the unceasing Xaverian spirit when it hosted several exhibition matches between the current batches and alumni members, professors, & non-teaching staff. But despite all the tribulations, it is safe to say that if there’s one thing that can aptly characterize what XPL stands for it is how the backbone of every team was each member of that team, and the backbone of every member of that team was the team itself!

Majestics Mavericks took home the trophy for Men’s Football while Majestics was declared the Women’s Football champion. Titans bagged the tag of the winning team in Basketball while Anti Hero took the crown in Table Tennis. They also grabbed the champion’s trophy in Darts and Chess which paved the way for them to be declared as XPL 2022’s Best Franchise! 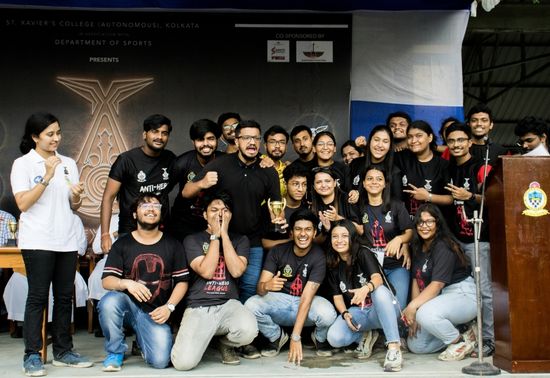 The closing ceremony, graced by Commonwealth bronze medalist Mr Moin Ejaz, felicitated not only the winners but also the professors, staff members, and the student committee that had worked tirelessly and burnt the midnight oil to make XPL 2022 a success. Awards were also handed out to the winners of the online events of XPL- Fotoball, Most Popular Player, and Most Enthusiastic Fan. 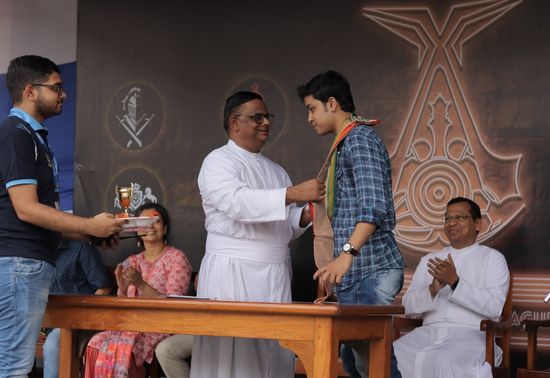 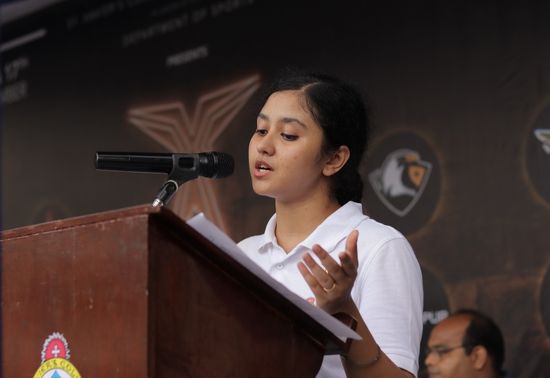 The revival of XPL after an extensive break of two whole years with such zeal & passion has left all Xaverians with content hearts and pandora boxes filled with delightful memories. The Students' Council & the Department of Sports of SXC Kolkata has yet again proved that no matter the trials, Xaverians are not the lot who back down, but the lot who persevere, who show the way and the lot holding whose hands the games begin.