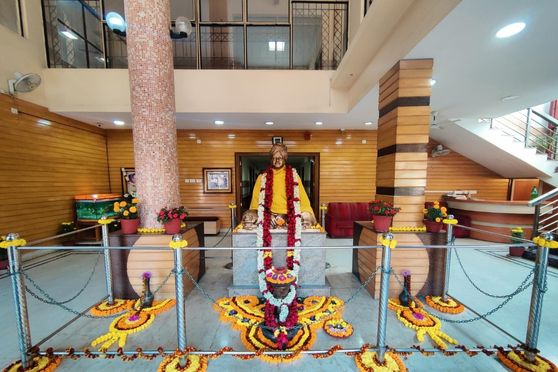 Swami Vivekananda's 160th birth anniversary was celebrated at Vivekananda Mission School on 12 January, 2023. The day is such that all the members of the VMS family eagerly wait for it throughout the year. The campus was decorated with a variety of seasonal flowers. The Mandir at the Extended Campus, where the puja is performed, looked beautiful as ever. Over 2500 people including present students, ex students, parents and other guests were able to witness the grand event. The event was also live-streamed on the school’s Facebook page, Vivekananda Mission School, Joka_Official, for all those who couldn’t be physically present.

This day is nothing less than Durga puja for the VMS family. The celebration saw the entire VMS family join hands to make it a grand success. The puja began in the morning. Various fruits, sweets were offered to Thakur Shri Ramakrishna, Sarada Ma and Swamiji, which were later distributed amongst all. A group of teachers joined hands for the preparation of the main bhoga – polao, bhaja, matar paneer, fulkopir roast, aamer chutney, payesh, mishti, doi, pan.Student volunteers not only took part in the arrangements but also carried the trays of fruits and main bhoga to the Mandir. Hom yagna was performed while sacred hymns were chanted. 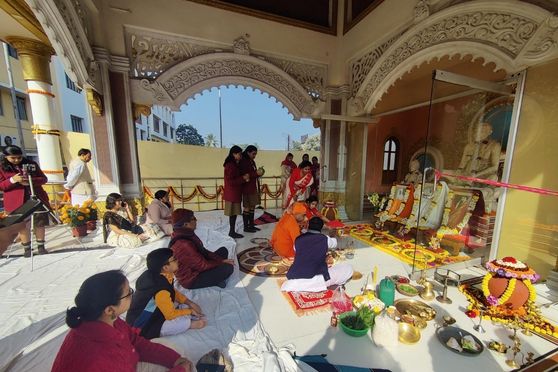 While the pooja was on, the place was filled with the melodious voices of the teachers and students who were a part of the cultural presentation inclusive of devotional songs and script reading. The effort taken by the teachers and students was clearly reflected in the harmonious songs sung throughout the day. The script reading had enlightening anecdotes from Thakur, Shri Ma and Swamiji’s life. Devotional songs such as tumi nirmolo koro, nahi surjo nahi jyoti, amar maer payer joba, joy Vivekananda and so on. After the completion of the puja, a sumptuous lunch was offered to all who had come to be a part of the celebration.

The celebration was grand, the memory of which will be etched in the minds of all forever. The success of the celebration would not have been possible without the efforts of the VMS family members presented in unison. The school looks forward to making each year's celebration a grand success.

SSC JE 2022 final answer key to be out today; Know how to download here

JEE Main 2023: Result for Session 1 is out! Get direct link here