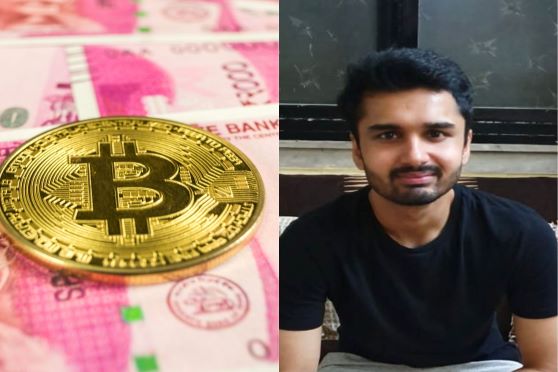 Did you know that cryptography has been around since the time of Julius Caesar? What is India’s current legal stance on cryptocurrency?

Here are excerpts from the session:

Understanding the concept of money

People say that bitcoin will revolutionise the entire industry and the financial sector. But I believe that revolution has already happened. Earlier, we would never think about the concept of money. We never realised that even printing of money can be an important aspect. So, it is bitcoin that garnered the attention day by day.

What is money? Money is something that has value and can be widely accepted as payment against goods and services. Early people relied on the barter system but when the demand became the same, we needed a common mode of payment. That’s how money was created.

Cryptocurrency and its concepts

Cryptocurrency is a digital or virtual currency which is secured by cryptography. To understand cryptography, let’s say you want to send someone a message and you don’t want a third party to interpret that message, so you have a cryptic message embedded in a format. You can assign every alphabet a number, which is a code. If I have the code, I can understand the message. So, you have sent me a message through a private channel that no one can block midway but it reaches me on a public forum.

Cryptography is not new. It has been used for ages. It has mention in the time of Julius Caesar. In cryptography, a Caesar cipher is one of the simplest and most widely known encryption techniques.

Cryptocurrency is digital and not physical. The transactions are recorded on blockchain.

How bitcoin changed the financial sector

In traditional transactions, we send money from A to B with a central party in between. This is where bitcoin decentralises the currency. The white paper of bitcoin describes bitcoin as a peer-to-peer electronic cash system, allowing party A to send money to party B without a central authority.

Bitcoin addressed the problem of double spending without intervention of any authority such as a bank. Bitcoin supply is capped at 21 million and there cannot be bitcoins more than 21 million.

Something which you know is limited has value. So, the creators of bitcoin decided bitcoin should be limited in order to be valuable.

The government realises the potential of blockchain technology but continues to have concerns around virtual currencies.

On March 4, 2020, the Supreme Court overturned RBI’s circular. In 2021, the finance ministry has been speaking about taking a “balanced approach”. Cryptocurrency may be regulated as an asset and not a currency. Recently, Prime Minister Narendra Modi also emphasized that it is important for democratic nations to work together on cryptocurrency.