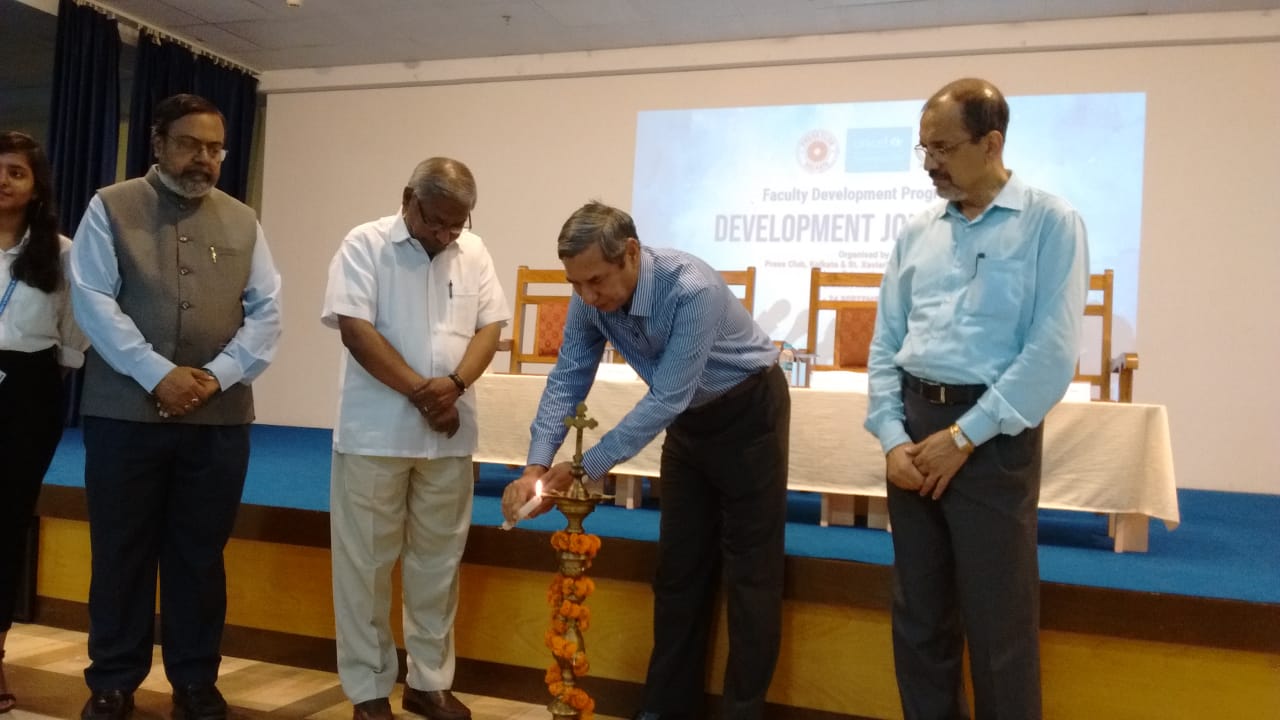 Advertisement
Summary
More than 45 teachers from various colleges and universities in West Bengal were present in the offline mode
Mohammad Mohiuddin, Chief of the UNICEF office in West Bengal, inaugurated the 'Faculty Development Programme on Development Journalism' at St Xavier's University

With an aim to create future journalists adept at covering developmental issues, UNICEF on Saturday i.e 17 September, 2022 launched a training programme here for college and university teachers from across the country.

More than 45 teachers drawn from various colleges and universities in West Bengal were present in the offline mode and more than 60 such teachers from other parts of India will be taking part in the online format of the 8-day training programme.

"Reaching the last mile in development is always very difficult and that is why UNICEF has partnered with various stakeholders in society, including the media. Many students pursuing journalism and mass communication today under the tutelage of these teachers are going to be tomorrow's media persons,” Mohammad Mohiuddin, Chief of UNICEF office in West Bengal said after inaugurating the 'Faculty Development Programme on Development Journalism' at St Xavier's University here.

The Press Club of Kolkata is a partner of UNICEF in the programme and St Xavier’s University has been facilitating the training programme.

Mohiuddin said that UNICEF had joined hands with Press Club in Kolkata after realising the need for more evidence-based, reliable and credible data-backed reportage in the newspapers, television news channels, radio stations and web-based media to highlight the causes of children and mothers towards ensuring their rights of survival, growth and development, protection and participation.

In the last two years, UNICEF has been organising workshops, training, orientation and other media sensitisation programmes at the district and state levels to promote the quality of news reporting among the journalists based in Kolkata and the districts.

Like the journalists, these faculties of journalism and mass communication departments would receive classroom, online and hands-on training on using data from various national surveys and findings to use as evidence in news reports to make them robust and appealing to the readers and audiences.

“Stories backed by evidence help to present realities of children. The decision-makers also find such stories helpful to take administrative steps to bring in more benefits for the people,” he said.

“The trainers and professionals will learn the need to seek the consent of children and their guardians before taking their photographs or recording audio-visual contents or even using their quotes in the newspapers," Mohiuddin said.

Praising the initiative, the Vice-Chancellor of the university Fr Dr John Felix Raj also stressed the need for overall development involving all sections of the society and said that developmental journalism was a vehicle to reach that end. A draft model curriculum on Development Journalism was released and will be finalised based on the inputs from participants before its inclusion in the Post-Graduate Journalism and Mass Communication course in various universities of the country.

Agon 2022: 4 days of excitement and exhilaration at CNMC