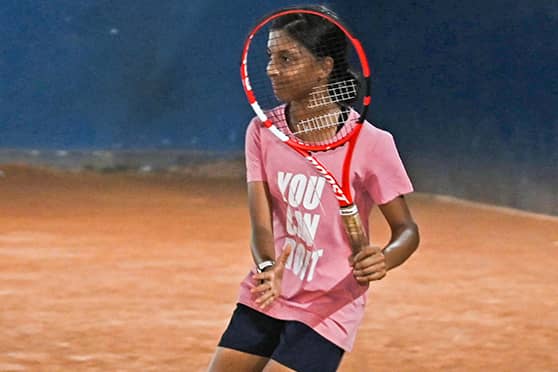 Advertisement
Summary
Aleena Farid is ranked No. 1 in the Under 14 Girls’ Singles category in West Bengal
The Class VIII girl is a fan of Rafael Nadal and admires his presence of mind

Aleena Farid was three when she started accompanying her father Farid Alam, a tennis coach, to his practice sessions at the Calcutta International Club. Watching him at the net, Aleena picked up the racquet to play when she was five years old.

“When I was three years old, I used to watch my father play tennis. When I was five years old, I started understanding what was happening. I became interested in the game because my father was playing it and I thought it was fascinating,” said Aleena, who was one of the winners of the Edugraph 18 Under 18 Awards.

Recalling her performance in 2021, Aleena said: “The rounds till the semi-finals were pretty easy. But I came down with fever just before the semis. I played, I thought I could do it and I did. It was very tiring but I somehow managed.”

Aleena’s tennis hero is Rafael Nadal. “I look up to Rafael Nadal because of his presence of mind and his love for the game. He doesn’t give up easily. How he handles situations on court and in the stadium is remarkable,” she said.

“Tennis has taught me to be a good person. You get a lot of hate from other players when you defeat them. But you have to handle it and ignore all that,” she added. 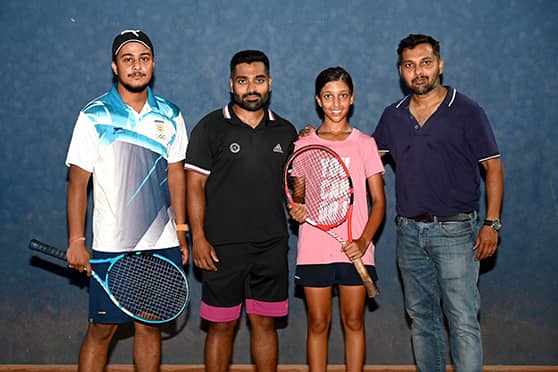 Aleena is meticulous about dividing her time between practice and studies. “I have tennis practice in the morning. From practice, I go to school. From school I go to the tennis courts again. Then I come back, eat, rest, study for some time and go to sleep. I train mostly at the Calcutta International Club and also at The Tennis Tree, Middleton Row, where I do my fitness sessions sometimes.”

The lockdown was a challenging time but Aleena managed to keep up. “I did fitness exercises on the roof. My fitness trainer is my uncle. He would put a blanket on a string and make me hit balls so they wouldn’t fly. In my free time, I did sit-ups and push-ups,” said the tennis champ whose most favourite subject is History.

Aleena feels the Edugraph 18 Under 18 award is a recognition for her hard work. “It is amazing, something I can be proud of,” said Aleena, who dreams of going abroad to play tournaments.

Supporting her every move is her school.

“Pratt Memorial School has always supported Aleena Farid from the time she was a student in the primary department and started showing interest in tennis. She has been granted permission to play tournaments across the country. Her teachers have always encouraged her and helped her catch up with the school curriculum. We are extremely proud of Aleena’s achievements,” said C. Lionel, principal, Pratt Memorial School.