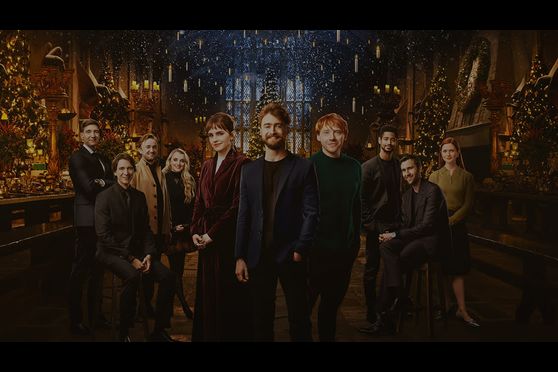 Advertisement
Summary
From watching their favourite characters reunite to the reading of scripts, Harry Potter fans share what they want to see at the reunion
The cast of Harry Potter series will be reunited to mark 20 years of the first Harry Potter film on January 1, 2022

As Potterheads wait with bated breath for Harry Potter 20th Anniversary: Return to Hogwarts to stream on Amazon Prime India on January 1, 2022, they recount their fandom and what they are hoping to see at the reunion.

What I want the most – other than just a walk around Hogwarts and listening to the story behind the artifacts – is a script reading session, where they choose different scenes from the earlier films. It would be too good to have grown-ups read the scripts as they did when they were young. I will miss Alan Rickman. Snape’s manners and dialogues were so well delivered by Alan, it felt like he lived the character.

I am expecting the reunion to be fun, with Potter trivia and insights about the bloopers as well. I hope they take a stand against the transphobic comments of J K Rowling. But again, I cannot deny that this magical universe has had a great hand in shaping my childhood and I’ll probably love this universe till my last breath. Also, I expect them to give a tribute to Alan Rickman and Helen McCrory.

Harry Potter for me has always been synonymous with life. It is my only escape from the tiresome clutches of the world. The trailer of Harry Potter 20th Anniversary: Return to Hogwarts excited me beyond measure. Seeing them all together again is like turning to a part of myself and congratulating it for growing up. I wish I could use the ‘Obliviate’ spell, and re-experience the entire Harry Potter series from the beginning with the same enthusiasm and excitement.

I’m waiting to see Emma Watson. She really has been an inspiration both on screen and off-screen. She is the epitome of beauty with brains. I also love Helena Bonham Carter and her portrayal of Bellatrix Lestrange.

From the time I was 11, my favourite character has always been Ronald Bilius Weasley, played by Rupert Grint. Both Daniel Radcliffe and Emma Watson are brilliant actors, but I have always felt a special connection with the so-called black sheep of the Golden Trio. He was the only cast member who looked the way I imagined Ron would look while reading the book. His portrayal of the character always had a warmth and fuzziness about it. Waiting to see him reunite with his buddies.

Amidst all the excitement, I am not sure what to expect from the reunion. Seeing them all together quenches the thirst for Hogwarts magic for me, and I’d excuse them all even if they come up with something mediocre. I just adore Luna’s character very much and the Irish actress, Evanna Lynch, who played Luna Lovegood, did justice to the endearing oddness of the Ravenclaw girl. Luna stands out as a genuinely sweet character and I am waiting to see her at the reunion.

A reunion has been long overdue for this cast. They’re all successful and busy individuals today, and it's quite rare to see all of the cast together in the same room. In fact, I don’t think it’s ever happened ever since the premiere of Deathly Hallows Part 2 in 2011. It’s been 20 years since the first film. I’m expecting laughs and cheers, jokes cracked by the Phelps brothers (who portrayed the characters of Fred and George Weasley) and old sets and memories revisited. We are going to have a great time seeing the cast reunite. There are so many things I want to see from the world of magic — a pet owl, a wand, a Hogwarts letter and, of course, the full three-course Hogwarts Christmas dinner. Being a foodie, a liquorice wand, Bertie Bott’s Every Flavour Beans and the foaming goblet of butterbeer from The Three Broomsticks would be a bonus.

I hope some of the scenes are enacted and the cast shares their memories of that scene, especially the Sorting Hat scene. I am looking forward to seeing the Golden Trio — Harry, Hermione and Ron — after all these years. Even if we keep aside Hogwarts and magic, their friendship is worth watching the movies for. It portrays how friendship is not really a path of flowers, but how it also has to go through a myriad struggles. Also, quite simply, Harry Potter has shown how a boy and a girl can very much be just platonic soulmates.