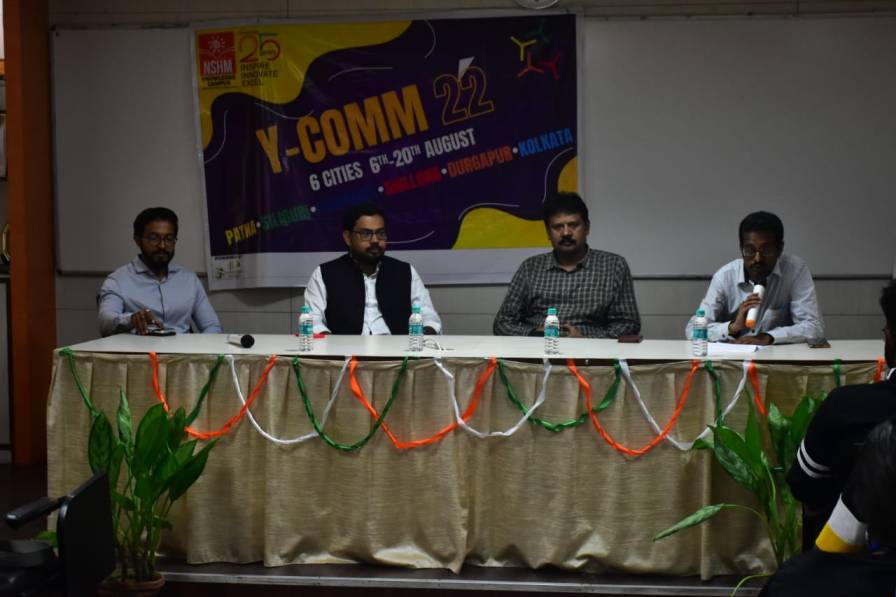 Y-comm 2022, the first of its kind communication fest of NSHM Knowledge Campus took place in 5 cities for all the aspiring media professionals from across eastern India. The event was a 3 day program where the first day witnessed the cast of "Doobara," a film by Anurag Kashyap.

The second day opening ceremony, was presided over by the Vice Chancellor of MAKAUT, Prof. Saikat Maitra, which had events like a debate, spin-a-yarn, face painting, creative writing, and a panel discussion led by Indrajit Kundu, Tamal Saha, and Rumela Sinha.

The third and final day of the event included Ad MADS, Ad PR campaigns, and filmmaking along with a final fashion show.

Bands like ALO- The Band and Urban Monz were two separate bands that performed to round up the fest on a great note. 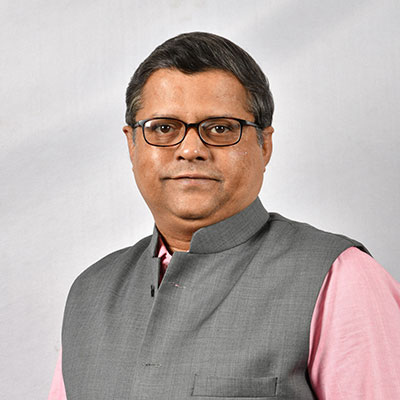 “Y-Comm the annual communication festival has been a legacy for the last 15 years organised by students and faculty of NSHM Institute of Media and Communication. The festival emcompassess various competitive events where school and college students across the cities participate. The event also features segments like panel discussion where media stalwarts are invited to discuss the current topic of interest. Y-comm has historically witnessed overwhelming response from students and institutions making the event more inclusive and participatory” said Prof Amartya Banerjee Director, Media and Design - NSHM Knowledge Campus, Kolkata 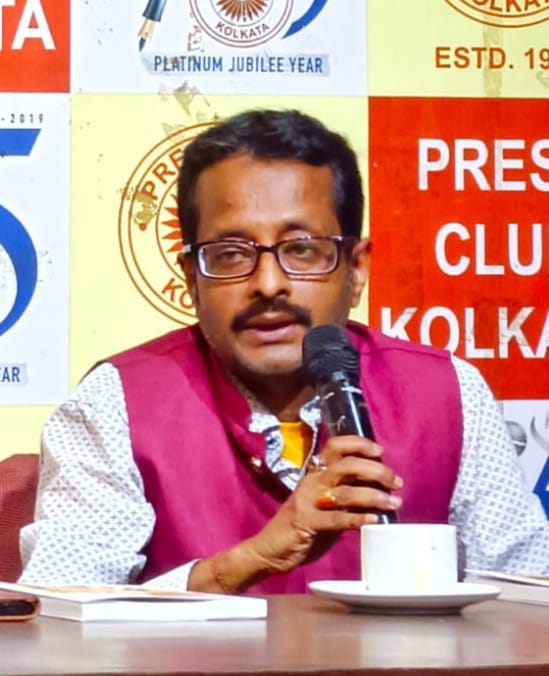 We reached out to Prof. Debanjan Banerjee, HOD - NSHM, Media who stated

“Y-Comm, one of the biggest communication festivals of Eastern India organised by NSHM School of Media and Communication, Kolkata was held in Patna, Siliguri, Guwahati, Sillong and the final one in Kolkata. Panel Discussion to Quiz, Debate to Extempore, Film making to Photography, AD - PR campaign to Band performances competitions, in fact no stone was unturned to turn the event into a grand one. Leading Journalists, PR professionals and renowned film makers were present as judges. Two leading films from Bollywood and one from Tollywood were promoted at YComm, One of which included Anurag Kashyap's forthcoming film. Huge number of participants representing all media and other colleges from all those mentioned cities had ignited this communication fest to a great extent”.

Few students who attended the fest added: “Y-Comm is a massive gathering of students from multicultural backgrounds and locales and I'm grateful to the faculty and my fellow students for their help in organising it” -Debangshu Das

“I gained a lot of exposure and experience at the Y-comm22 communication festival, which featured sessions led by well-known media figures. Finally, I'd like to express my gratitude to my professors and classmates for helping and making it a success”- Liah Chang

From featuring top-tier sessions to organising masterclasses led by renowned media figures. Y-comm brought together aspiring media professionals under one roof for enlightening conversation and networking.