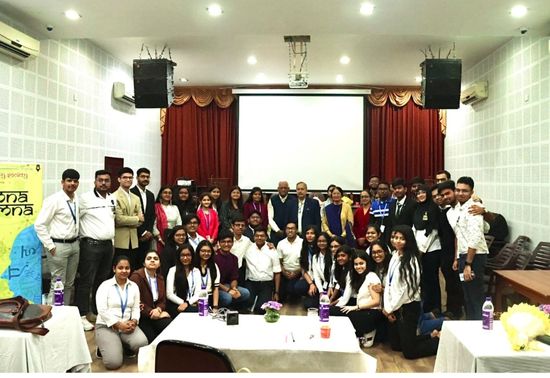 Advertisement
Summary
The competition met the interests of many, owing to its very interesting and debatable topic: "Is it right for Indians to work in Multi-National Companies for other countries after pursuing their education in India?"
12 talented participants, divided into teams of 2, showed their debating skills with finesse

We are what our thoughts have made us; so take care of what you think. Words are secondary. Thoughts live; they travel far ~ Swami Vivekananda

As 2023 began with dreams of new beginnings, a new dawn shone over the Hindi Literary Society of St. Xavier's College (Autonomous), Kolkata as they held their flagship event, Aamna Samna, the debate competition on 17th January 2023.

The hosting of Aamna Samna felt like a breath of fresh air as it was the first offline event post-pandemic. With week-long meetings, preparations, and hard work paired with enthusiasm, the event took place on the college premises.

The competition met the interests of many, owing to its very interesting and debatable topic: "Is it right for Indians to work in Multi-National Companies for other countries after pursuing their education in India?"

12 talented participants, divided into teams of 2, showed their debating skills with finesse. They were applauded for their strong points, firm stances, and eloquent speeches while being managed by the moderator who filled the room with laughter with his witty remarks when things got serious with the heated arguments. The "rebuttal" round was the best part indeed and received an energetic response from the audience.

Renowned journalist Mr. Bishambhar Newar, chief editor of Taaza Tv and Chhapte Chhapte was the chief guest in Aamna Samna. His presence graced the event and his words of wisdom were truly precious. 'Writing is important. Write down your thoughts. As a budding generation, your thoughts matter; they are important', said Mr. Newar.

The judging panel included Professor Sushma Hans, Dr. Rajendra Nath Tripathi and Mrs. Anurita Chakraborty who also shared their thoughts on the event. Kiran Singh, the deputy president of the Hindi Literary Society who has been the guardian of the society for the last five years, announced the winners of Aamna Samna. 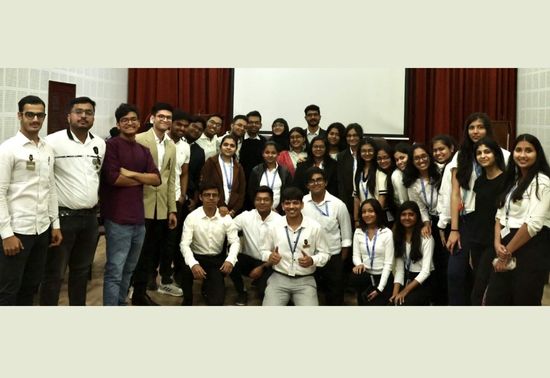 The Secretary of the Hindi Literary Society, Nikhil Kejriwal, delivered the vote of thanks in which he acknowledged and thanked the core committee members Aliza Ahmad, Rachit Yadav, Shrivar Todi, Koshal Verma for their immense contribution as well as all the other working committee members. And with that, Aamna Samna came to an end.

As congratulatory messages continued to be exchanged and photography sessions with the guests and the whole team of the society filled the room with joy, the Hindi Literary Society reignited its ambitions with new definitions and promises to continue the legacy of this society.