18 Under 18 Awards: Looking Back At Last Year's Winners 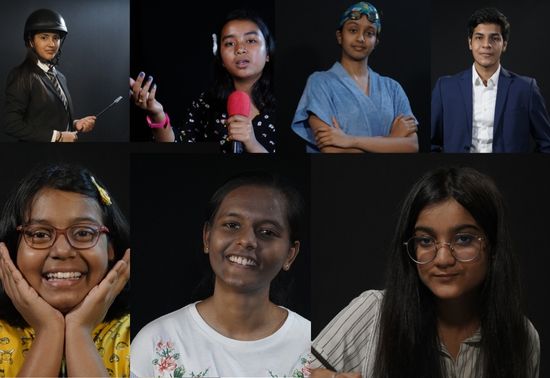 Advertisement
Summary
The event last year started with over 1000 nominations from across 12 states in Eastern India. For their accomplishments and excellence, 18 students received awards in the first chapter of 18 Under 18
The nominations for this chapter close on the 30th of November and nominations are solicited from schools, so we can recognise and award the young stars of tomorrow

Introducing Chapter ll of the 18 under 18 Awards, an initiative by The Telegraph Online Edugraph which honours and recognises 18 outstanding young achievers from Eastern India under the age of 18. With this programme, we hope to identify young talent in a variety of fields and encourage students to keep pursuing their aspirations.

The event last year started with over 1000 nominations from across 12 states in Eastern India. For their accomplishments and excellence, 18 students received awards in the first chapter of 18 Under 18.

As we gear up for the second installment and sort through the nominations received so far, the Edugraph team connected with some of the winners of Chapter 1 to know about their winning experiences and what they are currently up to. 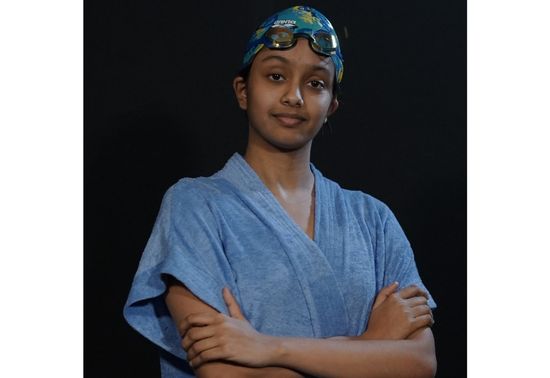 Since she first stepped into a pool at the age of 8, Anushri Modi has enjoyed swimming. She has been taking part in competitions at the school, district, and state levels, and she has collected enough awards and medals to fill a whole wall in her home with them.

“My experience at the 18u18 was really memorable, primarily because I got to interact and share the stage with other young talents,” said Anushri, when asked about her 18 Under 18 Chapter 1 experience.

Swimming, though a part of Anushri's life, has additional goals besides just wanting to keep swimming competitively. Currently, she is pursuing her undergraduate degree in Computer Science at Davidson College, North Carolina, USA. 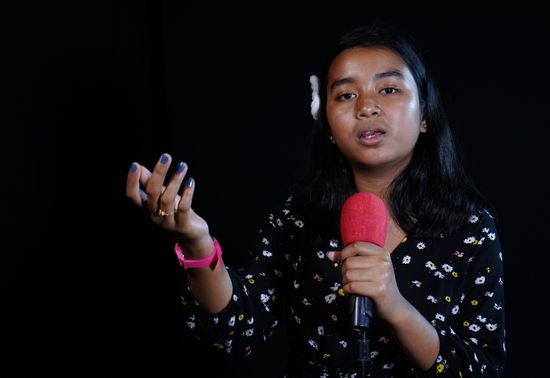 Since she could remember, Shraddha would frequently accompany her mother to her music lessons. This led to the realisation that Shraddha did, in fact, have a voice that was given to her by God, and she thereafter began her musical training. Today, Shraddha is a classically trained singer who has also progressed to the fifth year of Rabindra sangeet training.

“My parents, school & Guruji helped me in preparing for the auditions for 18 under 18. The whole event of 18u18 was something I enjoyed a lot and learned as well. It still feels like a dream that I won. Seeing Anupam Roy, my most respected idol, motivated me to do greater things in Music”, said Shraddha when asked how she felt about winning the 18 Under 18 Award.

Currently, Shraddha is focusing on her studies since her board examination is 3 months away, and in the coming future, she would like to take up new projects that she has been planning for quite some time now. 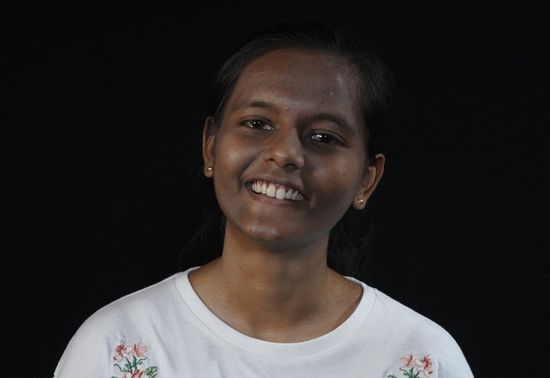 Tapolabdha doesn't want to stop at the notion that "music is the only cure that our heart and soul needs." When she was 7 years old, she won first place in a musical competition, and she has never looked back.

“I am really obliged to be a part of the group of extraordinaries selected from the first chapter of 18u18. This event has truly been an inspiration for me since I came across so many lovely people who are proficient in varied fields. And I’m really thankful to the entire team of The Telegraph Online Edugraph for considering me eligible for this honour,” said Tapolabdha when asked about how she felt after winning 18 Under 18.

Currently, Tapolabdha is focusing on studies and is in Class XI. She aspires to be a cardiologist. 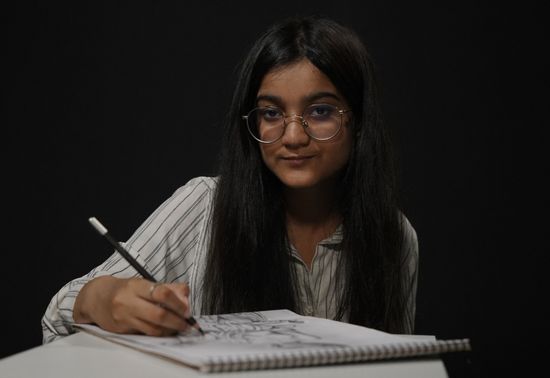 Rwitabina Gupta Bhaya used to doodle all the time when she was a little child, and she finds that it helps her to focus. She is building a name for himself in a variety of artistic mediums, including painting, clay modeling, coffee and ink portraits, doll-making, and T-shirt creation. The West Bengal government has also adapted her creative drawings for use in animated videos for ECCE programs.

“The competition last year was amazing and it helped me know so many creative minds belonging to my own age group. This journey also played a huge role in inspiring me to move on in the area of my interest. I wish to pursue graphics design in college,” says Rwitabani about 18 Under 18.

Currently, she is in the 11th grade and took up commercial arts as one of her subjects, which is helping her to scale up in the direction of Photoshop and other digital art. 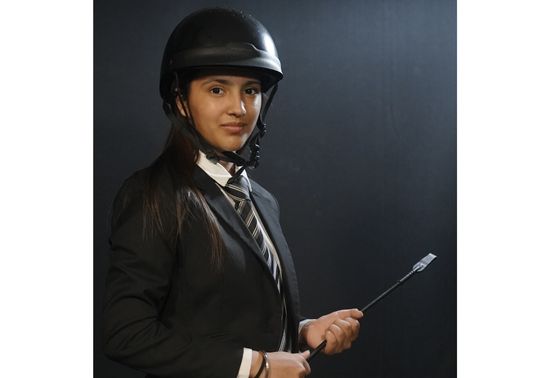 “My entire experience of participating in 18 under 18 was very enriching. I felt great to emerge as a winner out of so many successful and bright minds. After the competition I actually also found a community among the winners themselves. I have maintained my friendship with some of them and it was today when I look back I feel this entire journey has worked wonders in enriching my knowledge in different fields,” said Mahee.

While Mahee continues to pursue equestrian sports, she is also dedicated to her studies as she will be appearing for her class 12 examination next year and looks forward to making a career in social work & law. Along with this, Mahee is also focused on research on the following topic: ‘Research and Development in the Marginalised Community’. 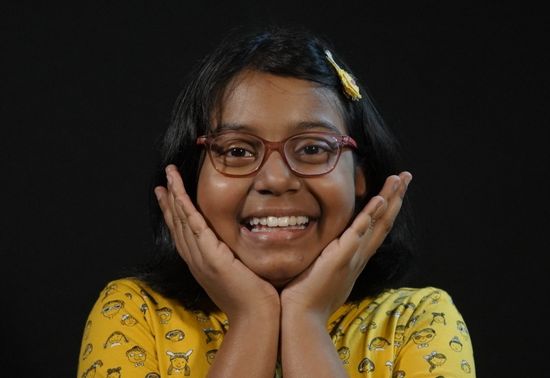 Anandini Sengupta’s first attempt at poetry was what she refers to as a "poem extension," or an addition to an already written poem, to solve her problem with the original poem's open-endedness. It's interesting to note that the original poem has been recited by countless kids throughout the decades, but they have never stopped to consider its hidden significance. Anandini, a writer & poet, is full of imagination and stories which she cannot wait to share with the world.

“I feel the 18 under 18 experience was really inspiring and it encouraged all of us to keep working in the different pathways and areas of interest we’ve chosen for ourselves,” said Anandini.

After 18 Under 18, Anandini continued writing and went on to win a number of competitions as well. One of her short stories will also be published by Scholastic in its book of short stories by 20 children across India. Besides writing, she has a special interest in languages and has passed the A1 examinations conducted by Max Muller Bhawan and is currently preparing for the A2 examinations. 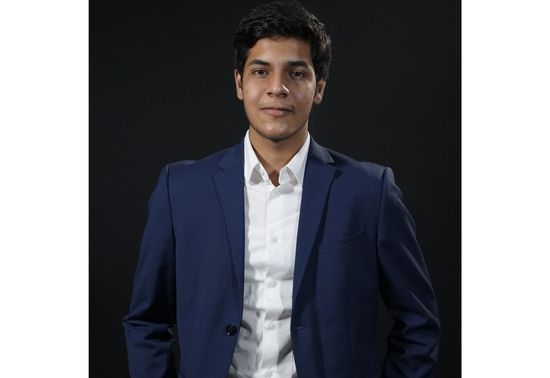 Ram Daftari, a quizzer from Kolkata, has taken part in over 55 quiz competitions. He has also secured first-place awards for the German Quiz Competition at Namaste Europe 2020 Fest and the Jarr Your Brilliance Quiz League 2020, where he competed against 76 schools from all around India and the Gulf. He enjoys debating as well as taking quizzes. He thinks that participating in debates may be a terrific learning experience, pique one's interest, and launch one on new exploration paths. He especially enjoys debates where the motion is intentionally ambiguous since they allow him to think creatively.

“Participating in a contest like 18 under 18 was one of the most surreal experiences. I got to meet so many new people and win such a prestigious award. This award has acted as a tag for me as how I was one of the winners of 18 under 18. After the competition, I have been trying to challenge myself further by taking part in National Level quizzes & debates,” said Ram when asked about his experience winning Chapter 1 of 18 Under 18.

Besides Quizzes & Debates, Ram is also taking part in Model United Nations and is currently involved in the student council leadership programmes to mentor his juniors to excel in their chosen areas of interest.

We wish the best to our winners of last year and can’t wait to meet the nominees and shortlisted candidates for Chapter 2. The nominations for this chapter close on the 30th of November and nominations are solicited from schools, so we can recognise and award the young stars of tomorrow.