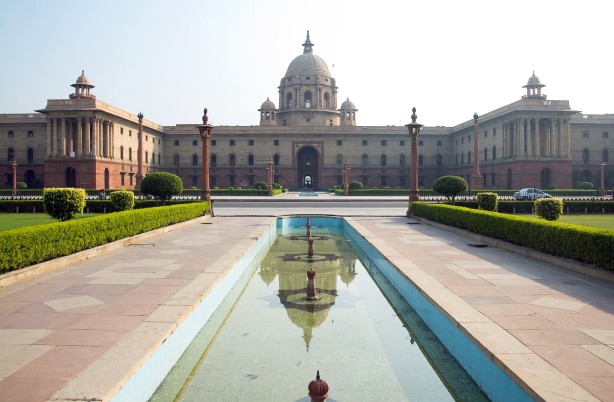 Advertisement
Summary
There are 24 civil services positions that are filled through the UPSC exams
In India, civil services play a significant role in carrying out policies and enforcing laws

Some of the most popular competitive exams in India are the ones conducted for recruitment to the various civil services, conducted by the Union Public Service Commission (UPSC). These services have consistently been among young people’s top career choices across the nation. With a passing percentage of just 0.1%, it is one of the most difficult competitive examinations in the nation in terms of structure. In spite of that, a growing number of people with professional degrees are choosing positions in Civil Services.

The foundation of the Indian government is civil services, covering the main offices in charge of all the significant divisions that oversee state and national administration. UPSC conducts a National Level Exam for 24 services under the Central & State Government of India. The candidates who pass these exams are placed in the Indian Administrative Services (IAS), Indian Police Services (IPS), Indian Revenue Services (IRS), and Indian Foreign Services (IFS), as well as some others.

Candidates are assigned to various Services based on their UPSC exam ranks. Once assigned, a candidate is then appointed to a specific role within that department.

Clearing the civil service exam (CSE), one can apply for three different types of jobs which encompass a wide range of prestigious and in-demand services. These three categories are:

Irrespective of the category, however, all of the posts for which the UPSC Exam is conducted are highly regarded and sought after in the country. Let’s dig a little deeper and find out what are positions available in the above-mentioned major UPSC categories.

There are three important posts under the All India Civil Services which are as follows:

Primary among the All India Services is Indian Administrative Services. Candidates who are chosen to serve as IAS officers are in charge of creating and carrying out government policies as well as upholding law and order in their region.

In charge of law and order in the country, candidates who are appointed as IPS officers receive their training at the Sardar Vallabhbhai Patel National Police Academy in Hyderabad. Senior posts in the police force are held by IPS officers. RAW, IB, and CBI, are some other agencies or departments where IPS officers are appointed to senior posts.

The IFoS is dedicated to the sustainable management and protection of natural resources, particularly forests, in the country. Director General (DG) of Forests is the highest title earned by IFoS personnel working for the Central Government. At the state level, the Principal Chief Conservator of Forests is the highest rank for IFoS personnel. Additionally, IFoS officials are hired to work for a variety of other organisations, including the Food and Agriculture Organization (FAO).

There are 13 positions under UPSC Group ‘A’ Services. Check out the list below:

IFS officers are in charge of managing India's foreign affairs. In the course of their careers, these officials may be promoted to the positions of High Commissioner, Ambassador, Permanent Representative of India at the UN, and Foreign Secretary.

IA&AS officers (CAG) work under the Comptroller and Auditor General. Financial auditing of the central government, state governments, and public sector organisations are part of the duties of IA&AS officials.

Candidates are chosen for ICAS for the Ministry of Finance. The Controller General of Accounts leads the ICAS cadre.

Managing India's corporate sector is the Indian Corporate Law Service's main goal. To successfully carry out their duties during their employment, the ICLS cadre receives training in a variety of subjects, including law, economics, finance, and accounting.

The National Institute of Defence Estates in New Delhi provides training for candidates hired under the Indian Defence Estates Service. The management of the defence establishment's land and military bases is the responsibility of IDES officials.

By acting as a channel between the government and the general public, the Indian Information Service personnel inform the public about government actions and pronouncements. The Department of Information and Broadcasting oversees this group.

Candidates who are hired for the ICFS receive training at the National Institute of Financial Management in Faridabad. This cadre is in charge of rendering accounting and financial services to the Indian Posts and Telecommunication Departments.

Candidates selected for IPoS are appointed as higher-grade officers in India Post. Indian Post Service, which manages India Post, is in charge of offering a variety of services, including traditional postal services, banking, payments for old-age pensioners and MGNREGA wages, as well as e-commerce services.

Candidates selected for IRAS must complete a two-year training programme before joining their post at one of the following: the National Academy of Direct Taxes in Nagpur, the Railway Staff College in Vadodra, specialised training facilities, and additional construction organisations, divisions, and manufacturing facilities of the Central and Zonal Railways.

The IRTS serves as a link between the business and public sectors and between railroads. IRTS personnel oversee Indian Railways' operational and commercial divisions and are in charge of income generation.

The National Academy of Customs, Excise, and Narcotics in Faridabad and NADT, Nagpur, respectively, are where IRS personnel receive their subsequent training after completing their basic training at LBSNAA. The Indian Revenue Services operate under the Ministry of Finance. Direct and indirect taxes are gathered by this body.

The Ministry of Commerce oversees the Indian Trade Services. The Directorate General of Foreign Trade (DGFT), which is in charge of this cadre, oversees India's foreign trade and commerce.

The RPF is a paramilitary organisation under the Ministry of Railways. Their main goal is to provide security and protection to passengers, assets, and property on the Indian Railways.

Here is a list of positions under the Group ‘B’ Services of the UPSC:

The Defense Secretary serves as the executive director of this department which reports to the Ministry of Defence. The Armed Forces Headquarters Civil Services offers administrative, and policy formulation and implementation support to The Indian Armed Forces and Inter-Services Organisations.

DANICS, which stands for Delhi, Andaman & Nicobar Islands Civil Services, is a department of the Indian government. Officers in charge of the administration of the Union Territories form this cadre.

NCT of Delhi, Andaman & Nicobar Islands, Lakshadweep, Daman & Diu, and Dadra & Nagar Haveli Police Service are collectively referred to as DANIPS. The law and order at Delhi and other Union Territories of India are under the control of this Indian federal police agency.

Unlike the other states, recruitment to the civil services of the union territory of Puducherry is also conducted via the national UPSC exam. This cadre is known as the Pondicherry Civil Services.

In India, civil services play a significant role in enforcing laws and carrying out policies. They are essential to the Indian system of governance and their function has evolved over time. The quantum of work has also increased as a result of the current economy's rapid growth. Be it at the central or the state level, the Civil Services play a key role. And armed with this list of positions, you are now better informed as to which cadre you want to aspire for when you prepare for the UPSC examination.