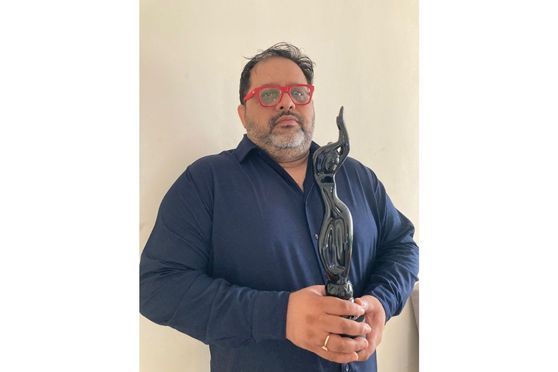 Advertisement
Summary
Sound Designing is an important process in keeping the audience engaged with the scene they see on screen by making it sound realistic
"Sound designing essentially is more than just sound- it's about having knowledge about culture, cinema etc. There is a need for one to be exposed to film and music", says Mr Chaki

Good sound and music composition define the movies we watch. Sound plays a vital role in encompassing and manipulating our emotions, especially while watching a film. The sound helps to connect with the viewers in a way that stays with them even after the movie is over. No matter how good the visuals are, for a complete cinematic experience, without the sound the action sequences or dramatic scenes would simply fall apart.

Sound Designing is an important process in keeping the audience engaged with the scene they see on screen by making it sound realistic. This is where a sound designer comes in. They create soundtracks and sound SFX—which involve recording, generating, acquiring, and manipulating the audio. It is a technical and artistic job that calls for a deep understanding of recording, mixing, and special effects techniques along with the ability to come up with original, intriguing sounds.

Q. A quick IMDB search shows you have more than 17 years of experience in the Indian film industry, would you like to share your journey?

Yes, indeed my journey in the industry has been a long one. I used to play music as a young child and then studied engineering. I started my career with music recording first. Then gradually started working at studios with audiovisuals. That's how my interest in audiovisuals was evoked. I eventually worked in Bengali movies, which was a decade ago. Having gained subsequent experience I got an opportunity to work in Mumbai, and that is how I ended up in the Bollywood technical industry.

Q. How would you describe the music that you typically create?

The sound designer is responsible for the entire soundtrack of the film, that includes dialogues, effects, and music. He or she also decides how to use the music as well as the sound editing. This entails a lot of ideas about cinematic language. Since design has its own language, you have to understand the language in order to create a masterpiece.

This is how a director creates a parallel narrative, where you are watching the film but also experiencing the whole thing through sound. If you watch a movie without any sound and then with the volume up, you will sense the importance of sound and how it impacts the movie. This is essentially what a sound designer creates.

Q. How does sound design and music production work together? What are some films that inspire you?

As sound designers we have multiple departments, like dialogues, sound effects, folly, and music is something that is created by the composer and then handed over to us for any further alterations in the film.

I like working in action movies since they require a lot of detailing and sequences. Movies like ‘Saving Private Ryan’ and ‘Transformers’, have a very nice sound background, which is something I would like to work with.

Q. What made you pursue sound design as a career?

Sound designing is something that gets interesting once you get the hang of it. Which is not easy, since the process is very technical and complicated. The way music is used in cinema, such as the dialogues and tweaking sequences is something which I found very intriguing. Especially the atmosphere that the music with dialogues creates, the feeling is unparalleled. This drew me towards sound designing and I have been enjoying it ever since.

Q. What are the troubles you had to face?

The biggest hardship is achieving the skill. A lot of patiently listening is required as well as developing an ability to translate what you are listening to.

Additionally, Since this is an unstructured industry, getting good opportunities to work is difficult. The entertainment and music industry is a freelance industry, where there is always a struggle and uncertainty to get good deals.

Q. What do you think is your best work yet, and why?

‘Sardar Udham’- as the sound for this was crafted with a lot of detail. This happened during the pandemic and with everything shut down, we had to work long hours in the studio. Being a period film there were a lot of hassles we faced to bring forth the authentic sounds. To give it the feeling of old times, everything had to be sourced, found or created, so that it could match exactly with the way it was back then. It was definitely a challenge, but it was exciting.

Q. Any word of advice for youngsters who are keen on making a career in music production?

This is a profession where you cannot be an introvert, so you have to be very out there. You have to have people skills. You must have the tenacity to work hard and at odd hours. Make sure you take care of your health as it may affect your lifestyle. Although acquiring work can get tricky, keeping a positive mindset will take you places.

Q. How to get into sound designing?

The courses that we have in India are majorly focused on the sound department only. Sound designing essentially is more than just sound- it's about having knowledge about culture, cinema etc. There is a need for one to be exposed to film and music. Since this is the reference pool through which we draw ideas, being well researched about the nuances, the essence and the detailings well will help you.

Self-learning is very important, this is how I have learnt. I was quite unguided as I didn't know who to go to. Basic information can be learned through internships to gain an idea about sound designing, before getting into a long-term course. Interested people can intern at a studio for 2-3 months, and then if you think this is something you can build a career in, then take up a course. FTII Pune, SRFTI Kolkata and some private institutes offer courses in sound designing. After attending a course or a diploma in this, one has to then come back to the apprenticeship process, where you have to work with someone.