‘I call myself a writer because of YIF’, says Nona Uppal, Alumni of Young India Fellowship 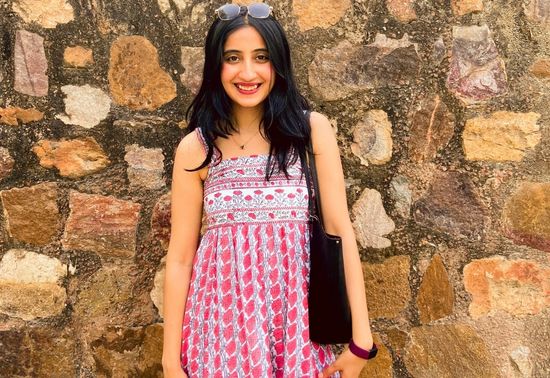 Advertisement
Summary
YIF, which was founded in 2011, aspires to educate socially conscious leaders and change-makers for the 21st century by providing a residential postgraduate diploma in liberal studies
The YIF classroom is a microcosm of the world. There’s representation enough to create a tiny, little simulation of what the broad reality outside looks like, and then you’re forced to engage with perspectives you disagree with

Young India Fellowship (YIF) is Ashoka University's flagship programme. YIF, which was founded in 2011, aspires to educate socially conscious leaders and change-makers for the 21st century by providing a residential postgraduate diploma in liberal studies. Fellows are developed so that they can (re)imagine themselves, choose topics they are enthusiastic about, and advance their careers.

Check Out: Young India Fellowship: Why and How You Can Apply

We at Edugraph, connected with Nona Uppal, YIF alumni to know her experience and how YIF is helping her in building her future and career.

Nona Uppal completed her undergraduate studies at Lady Shri Ram College for Women, University of Delhi, with a BA in Political Science. She was a student of the YIF Class of 2022. She has numerous, often conflicting, passions and she does not believe in containing any of them. Nona calls herself a writer today because of YIF– it gave her a career and pathway to make it big in her professional life.

It almost feels like YIF chose me. The course came to me when I was more confused about my life and career than recommended by experts. I plunged into the world of public policy straight after graduation. While my work experience before the fellowship was more enriching than most people my age could ask for, I knew my passion lay elsewhere. So I took YIF as a giant leap of faith — one year of studying and exploring myself in a way I hadn’t during my graduation.

And now, I am on a completely different career path and have confidently found a lifelong passion. This is funny because that's precisely why I joined: to give myself the time and tools to figure out what makes me so uniquely advantageous to the world I exist in.

2. What were your initial thoughts going into YIF?

I was all in! A fun cocktail of excitement and nervousness flowed through my veins, and I let it all fuel me. It felt like my ground because liberal arts was “my thing”— I was a political science graduate and had already spent many years thinking critically about a world many see in black and white. So I felt a sense of confidence about my ability to at least handle the demands of the curriculum.

Read: Everything You Need To Know About Career In Consultancy

It’s organised chaos at its peak, and it’s what makes YIF what it is. When you put an engineer, an artist, a dancer, a management consultant, and a CA all in the same classroom and ask them to debate foreign policy, what else can you expect?

The YIF classroom is a microcosm of the world. There’s representation enough to create a tiny, little simulation of what the broad reality outside looks like, and then you’re forced to engage with perspectives you disagree with. It’s in that creative exchange that learning happens. There were countless times when I disagreed with some classmates vehemently about the nuances of, say, feminism and its grey areas. But after every debate, I left enriched.

Check Out: ‘I Recommend People Have A Side Hustle Along With A 9-5 Job’ says Hustle Rani

4. How did you like your curriculum? What was the best part about it?

Because I came from a liberal arts experience, I wasn’t surprised at the breadth and depth of courses offered at YIF. There’s truly something for everyone, and I think someone outside the liberal arts spectrum seeks to benefit the most from the program, at least curriculum-wise. I had engineer friends making short films as a part of a Visual Storytelling course and economics masters making artwork on canvas. So watching people toy with unfamiliar subjects and make something beautiful out of it was highly endearing.

For me, the most significant part was the Critical Writing course which is the only one that runs year long. In that course’s classroom, I learned most of what I know about writing and where I discovered, honed, and fell in love with it as my ultimate passion.

Throughout the entire year, I explored the theme of pedophilia in literature, a topic I had never thought about before. I wrote over ten-thousand words about it across two separate papers! The program and Critical Writing as a course kept giving and giving—and I kept taking in the countless new ideas it was throwing at me every day! It was a beautiful combination of having faculty that is highly committed to your growth, as well as the nature of the YIF classroom that pushes you to be the best version of yourself instead of competing with anyone else around you!

5. What is the most valuable lesson you have learned while pursuing YIF?

Always learn from the person sitting next to you. I had some of the most awesome classmates — people who were constantly pushing their boundaries and achieving big things. It taught me never to be intimidated because the fellowship is where I learned true confidence, but it also grounded me with the realisation that there’ll always be someone in the room who does something better than me. There was something so liberating about that realisation. And when you let go of any inhibitions or comparisons, that’s where you learn from your peers! 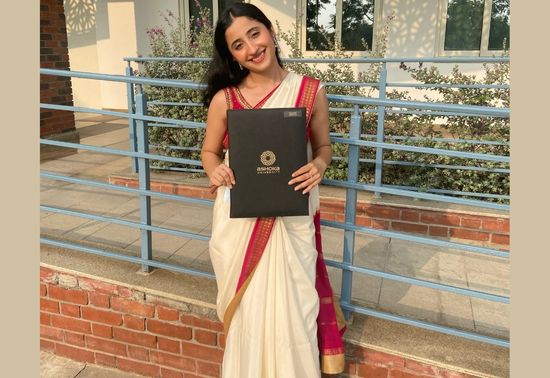 Nona with her YIF Degree at Ashoka University Nona Uppal

6. How did YIF help you in your career?

I think I call myself a writer because of YIF. I spent hours and hours writing assignments for my Critical Writing course, self-edited by expecting high standards of myself, and then pleaded with my professor to be completely brutal in the feedback on my writing so I can learn as much as possible. Not only was I extremely passionate about wanting to become a better writer, but I also had extremely invaluable guidance.

So when it comes to thinking about how YIF helped me in my career, I think it gave me one, as cheesy as it may sound. This is not to say that anything is handed to you. I worked relentlessly every day of the fellowship to hone my craft. But it provided me with tools I would’ve never had, the time to deploy them, and an expert who could critique and encourage my work.

7. How would you describe your overall YIF experience?

Well worth it, in the end. There is so much I would change. But that’s the universal human condition, I guess. I left with so much confidence, loving friends, and an irrepressible desire to make something out of myself as a writer. That itself is too much to ask of a single program. But I also left with this fearless attitude. I was employed at an incredible organisation with some of the best mentors, colleagues, and work culture possible in the world, and I left it all to pursue a degree I had no certainty would get me closer to figuring out what I wanted to do. It was a risk to leave such a brilliant learning environment.

But YIF turned out to be worth it and that’s made me a little more adventure-friendly to career pivots in life! I’m currently freelancing as a journalist, having written for publications like The Washington Post and The Quint, while also writing for an Instagram audience of over eleven thousand. And I’ve never had this much fun at what is supposed to be “work”!

International Education in 2023: What to expect, trends, changes in the field