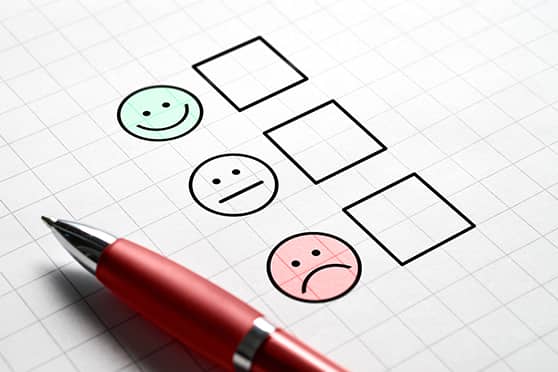 Advertisement
Summary
In Sandwich feedback, one alternates between positive and negative feedback
Passive voice sentences can lead to open conversations during the feedback process

The colours of spring can turn dark and stressful during appraisal time. Daniel Kahneman, a global thinker, in his book Noise says that “evaluators might intentionally inflate a rating to avoid a difficult feedback conversation”. It is a dreaded season not just for the team member who squirms under the critical glare of the supervisor, but also for the supervisor who is uncomfortable while leading a difficult conversation.

Though the word “feedback” is often used as a cover-up for “criticism”, the purpose of feedback is not to tear down and demolish confidence. On the contrary, the feedback process is expected to motivate a person to perform better. “Constructive criticism” would be a more appropriate term.

One would have heard of Sandwich feedback, where one alternates between positive and negative feedback. This is a good strategy because the basic objective of feedback is two-pronged: encourage the person to continue with the areas of strength while working to improve the areas of weakness.

Be it during performance appraisals or everyday interactions, everyone likes praise, so one could say that such conversations are not difficult. Yet, even where positive feedback is concerned, it needs to be framed with caution. “You’ve lost so much weight! You look so lovely now!” This compliment has a flip side which could also imply: “You were fat earlier, you didn’t look lovely before this.” Would this build up or tear down a person? Clear-cut statements of appreciation, rooted in the present, like “You are looking so good!” “You look so lovely!” make for better compliments.

The point is not to shy away from feedback — negative or positive — but to deliver it right.

Here are three essentials in the Language Toolkit for feedback.

1. Use positive vocabulary with negative sentence structures: “You are lazy, your work is of poor quality” doesn’t really sound very motivational. The same message can sound less offensive if “positive” vocabulary is coupled with negative sentence structures. “You are not efficient, your work is not of good quality” does not hit that hard. Just like “You did not pass the test” sounds better than “You failed the test”. According to neuroscience, our brains are wired to pick up threats automatically and instantaneously without us even being conscious of it. Words like “poor”, “lazy”, “failure” are perceived as threats. Research says that just the sentence “let me give you some feedback” creates an immediate threat response in the brain. Being in threat mode shuts down the rational parts of the brain that are expected to receive the feedback as an opportunity of growth.

2. Use specifics, avoid adverbs of time: Stating things as they are, at the moment, hands more power to the person. “Four out of eight projects remain incomplete as of date.” “You have received 2 out of 10 in 3 tests this term.” These are tangible, quantifiable problems where clear action items could improve the numbers. In contrast, “Your projects always remain incomplete”, “You constantly fail your tests” — these sentences point at a deep-seated, complex problem. Adverbs like “always”, “never”, “constantly” or “usually” make problems appear like permanent behavioural issues, improving which may turn into Herculean tasks. This feeling scares off change.

3. Use passive voice: Passive voice sentences can lead to open conversations during the feedback process. In the sentence — “You submitted a report that has a lot of errors”, “you” is called out as the villain. “You” is part of the problem. However, a sentence like “The report that was submitted has a lot of errors. Could you take a look at it?” separates “you” from the act. “The report” is called out as the villain, while “you” becomes the person who will solve the problem by taking a look. As the saying goes — hate the sin, not the sinner.

Feedback is formative, not evaluative. It’s a process that leads to outcomes. One can use feedback to hone talent and enhance value. A diamond may have to undergo some cuts and blows to bring out its true lustre. Yet a clumsy blow can shatter and destroy the diamond. Same with people.

Dolon Gupta is a consultant specialising in Communication, Culture and Soft Skills; she is the co-Founder of Business Communication Facilitators Association of India (BCFAI).

CUET (UG) 2022: Candidates allowed to make changes in application form till May 31