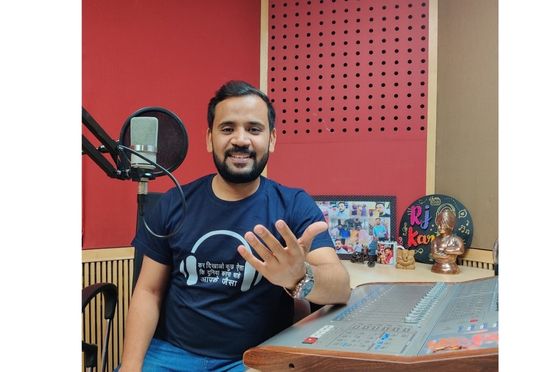 RJ Kartik is working with 94.3 My Fm Jaipur Source: Facebook

Advertisement
Summary
“The scope of a radio jockey in India is definitely increasing as we are increasing the amount of time we spend on roads”
“More than technicalities, I think it is the basic things like: voice, pronunciation, way of conduct that make a big difference”

Known for inspiring people via his motivational and eye-opening stories, RJ Kartik has come a long way from being a small town guy, to India’s most followed RJ on Facebook. The 94.3 My FM Radio host recently got into a candid chat with The Telegraph Online Edugraph sharing some tips for budding Radio enthusiasts. Read on to know more..

NJ: How is radio jockeying changing in the country?

RJK: The scope of a radio jockey in India is definitely increasing as we increase the amount of time we spend on the road. As our population continues to increase, so does our traffic. I think radio has always been looked down upon, ever since Akash Vani. So when TV came, people automatically assumed that the genre of radio would be over, and now when digital media is expanding, the same thing is being assumed again. But I don't think that it is going to happen as people still choose to listen to the radio. Most importantly the distinct part of a radio channel is that it plays your favourite song surprisingly and not according to your playlist which also works wonders in uplifting one’s mood.

NJ: Do you think that the voice of an RJ and his way speaking makes a bigger difference? Who is your favourite RJ?

RJK: More than technicalities, I think it is the basic things like: voice, pronunciation, way of conduct that make a bigger difference. Coming from a small town myself, it was very difficult for me to have the appropriate pronunciation as demanded by radio stations. I have always looked up to RJ Siddhu as he has been my inspiration and I also believe he guided me in the correct direction during the initial days. 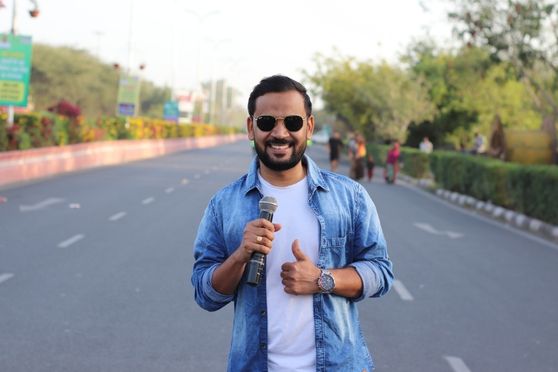 NJ: You had to face your own share of struggles to get even a basic internship in a radio channel in your initial days. Do you think it is difficult for a newcomer in today’s time to get an entry level position in any radio station?

RJK: No, it is not that difficult. As the number of radio stations continues to increase in the country, so do the opportunities, when weighed against my own experience. Today to become an RJ, one can easily apply for an internship in any radio station to gain entry level knowledge. Then, of course, it depends upon how a student catches it and takes it forward to excel.

NJ: You’ve hosted over 3000 live shows. What according to you are a few things that an RJ always needs to keep in mind?

RJK: I strongly feel that there are three factors that an RJ needs to keep in mind.

Firstly, the correct diction as it is all a game of words. Secondly, the modulation and pitch of the voice. Young students need to understand that the better the voice modulation of an RJ, the more they progress in their career. For instance, if the news is emotional, they need to convey that through a certain tone, the same goes with jokes. Lastly, presentation also makes a huge difference. I believe every RJ has his/her own style of presenting so whatever be the content or the subject matter of the show it has to be presented in a unique way to win the audiences and stand out from the crowd.

NJ: How did you handle criticism from your seniors in your initial days?

RJK: Having a positive mindset, I always tried to learn from it. I believe students these days also need to understand the same and differentiate between criticism and constructive criticism. I remember when I had issues related to my pronunciation I used to come back home, read newspapers and maintain a diary, where I wrote in words that sound similar, and that’s how I picked up.

I think that’s where I made a different pathway for myself where instead of getting offended, I chose to learn and correct myself. I believe this is the capability that every RJ needs to have because the technologies and systems keep upgrading with time but when one has their base strong, there is no looking back. 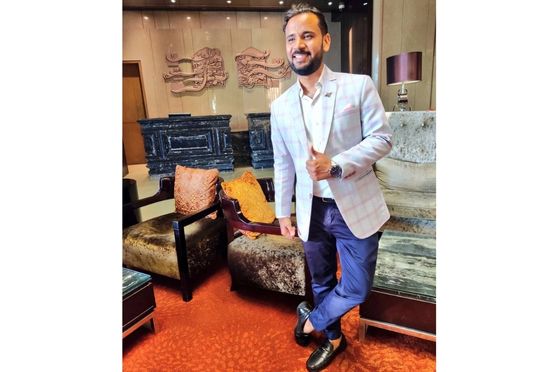 NJ: You are India’s most followed RJ on Facebook. Apart from your famous motivational stories, what do you think served as your USP and brought you this amount of fame?

RJK: I believe it's my simplicity which helps me to connect to people and vice versa. I remember once a young boy told me his grandmother used to wake him up to listen to my shows and it is in moments like these that one understands the true meaning of success.

NJ: Since you share motivational videos on Facebook, what is a personality trait a leader should have according to you?

RJK: Since I work as a Radio Jockey and Story teller I believe the foremost quality a leader should have is that he should be an active listener. I believe an active listener understands his team well rather than listening to half and believing in assumptions. A good listener allows others the time to speak and put his opinions forward. Side by side, a leader should also be a strong communicator. I have seen many business heads who cannot communicate the right message at the right time. I feel a good orator makes sure the message is conveyed correctly to the people. At times, in the corporate space, people also have to make decisions that are quite tough and hence it all depends on the leader as to how well the decision is communicated and the team is taken into confidence. Above all, a good leader should be a visionary and work on long term goals that brings the entire team under one umbrella. 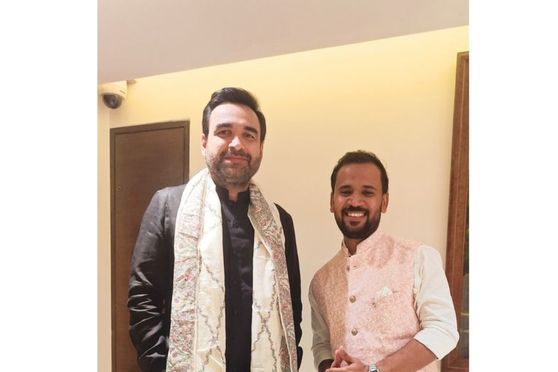 NJ: Who is that one person whose career inspires you and why?

RJK: Pankaj Tripathi. I am most inspired by his career, as he had made his name and reputation right from scratch, even after coming from a very small town. I also admire his simplicity as, till date, whenever he gets time he prefers to return to his town and live the normal life he had prior to becoming a star.

Becoming a radio jockey, like any other career, needs a lot of hard work, dedication, and the right skill set to set that would set you apart from the crowd. So, if you are someone who loves to speak, and have a passion for music, then becoming a radio jockey might be the right career choice for you. As our expert RJ Kartik says, once you get your basics right, there is no looking back in any direction!