Engineer’s Day 2022: The Engineer who received the Bharat Ratna and British Knighthood 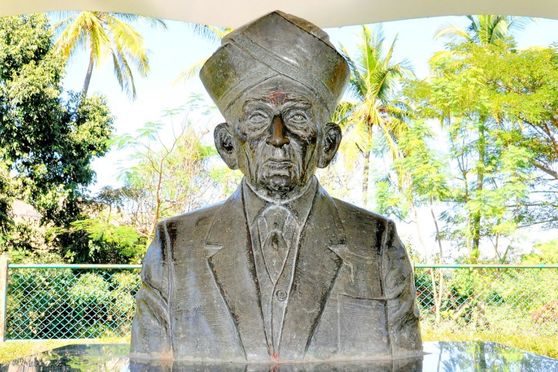 Advertisement
Summary
In the year 1955, he was conferred the ‘Bharat Ratna’ by the President of India for his exceptional contribution to the development of India
He also served as the Diwan of Mysore from 1912 to 1918

To commemorate the birth anniversary of Sir Moksha Gundam Visvesvaraya, India celebrates 15 September as Engineer’s Day. Known as the father of Indian engineering, he is regarded as one of the nation's greatest engineers. His remarkable contribution to the world of engineering has changed the way we perceive the field today. Along with India, other countries such as Sri Lanka and Tanzania have also honoured him by marking 15 September as Engineer’s day.

National Engineering day serves as a day for thanking engineers for their immense support and contribution made to the nation’s development. In 1968, the Government of India decided to observe 15 September as National Engineering day with the intention that aspiring engineers would look get inspired by Visvesvaraya’s consider him to be their role model and guiding light.

India has often been referred to as a country of engineers. This is no surprise, considering engineering is still one of the most earnest and popular career choices in India.

Born on 15 September 1861 in Karnataka, Visvesvaray initially attended the University of Madras to become a Bachelor of Arts. However, he soon made a career transition and instead pursued a Diploma in Civil Engineering from the College of Science in Pune. His remarkable innovation of creating ‘block systems’, where he installed an irrigation system with water floodgates at a reservoir near Pune, became a feather in the cap for him. The system helped in increasing the water supply level as well as storage. This irrigation system was initially installed at the Khadakvasla Reservoir, along with Tigra Dam at Gwalior and Krishnaraja Sagara Reservoir, KRS Dam in Mysuru, Karnataka.

In the year 1955, he was conferred the ‘Bharat Ratna’ by the President of India for his exceptional contribution to the development of India. He has also been awarded the British knighthood and served as Diwan of Mysore from 1912 to 1918.

India and Engineering in 2022:

The advancement in technology, ease of access and growth in the IT industry would not have been actualised without engineering. It is the link which holds every industry together. India in particular is making significant investments in IT. Our country also currently has the highest number of engineers graduating, as well as several top-level engineering colleges and institutions. Engineering, in particular, is an ever-expanding field where new development keeps on happening with every passing year. This in-demand and highly skilled profession is one to stay.

Also Read | How to become an AI Engineer?