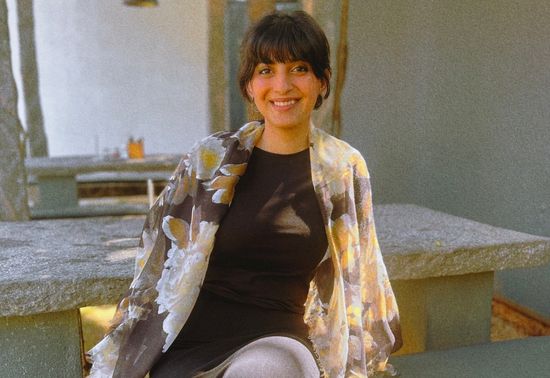 Advertisement
Summary
View Econ not just as theory, but as something that can be applied to various aspects of life - especially the ones that are important to you, says Sukhnidh to students
‘Merit’ is a misnomer for the social privilege. There is no such thing. Your grades and acceptance letters are not due to your inherent genius, just as someone else’s failures are not due to their lack thereof.

In their academic careers, students frequently become puzzled when taking an unusual step, but Sukhnidh Kaur is undeterred by this. She received her bachelor's degree in Economics & Psychology from St. Xavier's College, Bombay. She presently works as a research fellow at Microsoft. Sukhnidh is well-known on the internet for her vehement views on gender, visibility, trolling, and her interest in music and art.

We, at Edugraph, had an opportunity to interview Sukhnidh where she talked about her unconventional academic journey, her fellowship at Microsoft, content creation, and more.

1. You have studied Economics & Psychology. What intrigued you to choose this combination of subjects in college?

I was interested in the processes underlying decision-making, and understanding what influences them. Economics offered tools that shed light on the ‘how’, and Psychology on the ‘why’. I also diversified disciplines to keep my career options open. I was in my teens, so I wasn’t done exploring my interests. It worried me then - and still does now - that Indian students are supposed to permanently slot themselves into conventional ‘streams’ at very young ages.

2. ‘What next, after an Economics degree’ is a very common question among students. How did you decide on your career path after graduation?

I didn’t sit for college placements - the process didn’t align with my values. I did try an Econ (Economics) research internship at J-PAL. It was fantastic. I realised that I love research, but not Econ.

I had wanted to study the internet since I was little. But in India, academics are supposed to be boring and fear-inducing. I couldn’t fathom pursuing my ‘fun’ interest, or its reconciliation with the idea of work. At some point, I realised - I can, actually, build a joyful life that centres on fun. So I decided to pivot.

Econ is a good subject to major in if you’re unsure about what to do next, because (a) it equips you with a wide range of analytical skills, and (b) Indian employers seem to think that people with Econ degrees are smarter than people with degrees farther from STEM. It’s not true, though.

3. If you had to give a piece of advice to a student pursuing an economics degree, what would it be?

Don’t let the vastness of the discipline intimidate you. Learn R or Stata. Learn some Python. View Econ not just as theory, but as something that can be applied to various aspects of life - especially the ones that are important to you. Take mainstream, best-selling pop-Econ books with a pinch of salt. Keep an eye out for and read more about niches that pique your curiosity - Finance stuff? Game theory? Feminist developmental Econ? Analysing tech use through theoretical lenses? There’s something for everyone.

I did geopolitical and socio-political risk at a tumultuous point in time, so it was less of an internship and more of a 6-month long adrenalin rush. I learned about how complex the process of managing users, governments, tech, courts and an unimaginably rapid flow of content is. I also learned that a comfortable and supportive workplace, good bosses, and a culture fit - like the ones I found at TikTok - will always trump prestige and increments of money. You should make that a priority when you’re young. Most importantly, I learned that the best opportunity to apply for is the one you think you don’t deserve.

5. How did the Microsoft Research Fellowship happen?

I saw on Twitter that someone at Microsoft Research was researching social media, and our interests aligned. I approached them and asked if I could join their team because there are specific gaps in Indian social media research that (a) need to be filled, and (b) I am well-equipped to try and fill. I really wanted to learn how to do good research, too. They said okay.

Thank god, because I can’t imagine having spent my early 20s anywhere else. The fellowship gives me a sense of belonging that I had lacked up until I joined. It also gives me agency, and a space to be myself and focus on my interests with as much support as I need (and a healthy dose of life-long friendships). 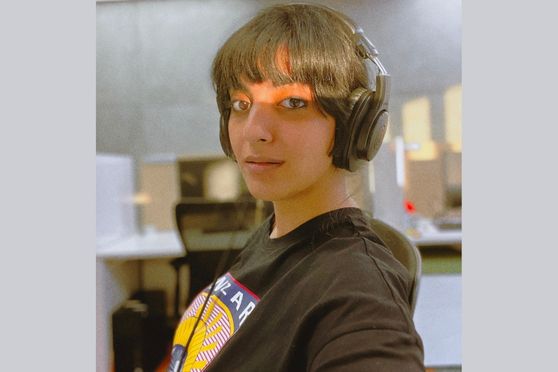 6. Would you say you're a social media influencer?

I recently influenced a stranger into replicating my mistake and giving herself bangs, so sure. I don’t do it professionally, though, and make no money off of it - I just like sharing my thoughts online, and doing a bunch of creative stuff like music and art. I’ve been online for a very long time.

7. What's your take on people who berate influencers?

The term “influencer” encompasses too many things, now, to be used vaguely. Let’s talk about, say, female fashion and lifestyle influencers. I think some people have valid points that need to be talked about more. To others, I would say that the practice of invalidating female-dominated professions and refusing to acknowledge certain kinds of labour as labour, has been around forever.

People have projected morality onto women in public life forever. All of this is unfair, and none of it is new. I find it peculiar, I guess, how there are some very, very bad people in the world but we spend our energy going after relatively low-hanging fruit. The politics of social media can be very different from the politics of the world.

8. What is your view on the future of social media content? Can it become a safe space with no trolls, racism & sexism?

No. Deviant behavior isn’t a product of social media, it is fundamentally human. What social media platforms can do is stop rewarding and encouraging it. If I could truly, authoritatively predict how this will be done, I’d be very rich right now.

9. What sort of impact are you looking to make in the world and how will you make it?

I want to build a peaceful, happy life for myself and tinker with things that stimulate me. That is the priority. In the process, if I’m able to prevent online harm, that’s awesome. I’m a very young researcher, so it doesn’t seem likely right now. But maybe someday!

Sukhnidh goes on to share some words of advice for students stepping into the job market - from her unique experiences: