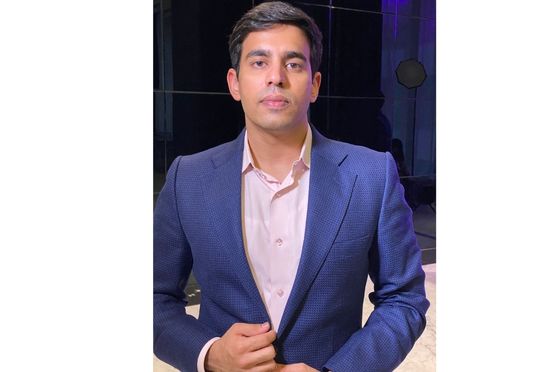 Advertisement
Summary
Astronomy is an exciting field of science but unfortunately, it is taught but not at a large scale. It is not a mainstream subject in schools all over the world
Space science education is a promising segment that has a lot of potential in the future

Be it children or adults, the starry skies and the mysteries of space have always fascinated humans. Since time immemorial, humans have tried to figure out their place in the universe and understand the movement of stars and planets which influence our lives in so many ways.

This interesting subject helps us understand our planet in the context of the universe. In ancient times humans were under the mistaken belief that the earth was the centre of the solar system and it took Copernicus coming along in the 15th century to claim that it was the Sun which was at the centre and the Earth revolved around it. Galileo later confirmed this theory in 1632.

Many people confuse Astronomy and Astrology but here is the definition: Astrology contends that the position of the constellations and planets at the time of a person’s birth profoundly influences their destiny. Astronomy, on the other hand, is a scientific discipline with an aim to get a complete understanding of our universe and our place in it. The basic elements that make up the stars are the same elements that make up our bodies. There are so many intriguing questions to which researchers are still trying to find answers.

Astronomy is an exciting field of science but unfortunately, it is not taught on a large scale. It is not a mainstream subject in schools all over the world. However, investing in science education, research and technology can yield great benefits for the human race as a whole. The world’s most influential entrepreneurs like Elon Musk are investing in the space sector/space tourism. Numerous technological advances also have their base in Astronomy like GPS, wireless internet and medical imaging.

The direct benefits of research and development in Astronomy can be seen in several areas that impact our daily lives. Whether it is communication satellites or personal computers, cell phones or global positioning systems, MRI scanners or solar panels, Astronomy has had a vital role to play in each of these applications. Astronomy has always been used to measure time and seasons and navigate the oceans. The vast and complicated universe has sufficient secrets that are yet to be revealed and would be of immense interest to budding young scientists who delve into research in this subject. Astronomy can also reveal the potential threats to earth from outer space with the likes of Space debris, asteroids and blackholes. It also includes studying the Sun, which has a great impact on the climate of the Earth and the water levels.

Students who have been taught Astronomy or Space Science at a primary or secondary level are more likely to pursue these courses at an undergraduate/postgraduate level. The need of the hour is to promote awareness about astronomy as an exciting science discipline at grassroots levels to inculcate an interest in students. Astronomy has a tangible impact on diverse industries and it would help students to understand the prospects of exciting career options that astronomy has to offer.

While Astronomy is a fascinating field of study in itself, an astronomy major will gain expertise in a wide range of subjects like physics, maths, computer science, problem-solving and critical thinking. This gives them a wide range of career options within and outside the physical sciences. Astronomy majors can opt for positions related to aerospace, engineering, computer science, mathematics and environmental science or become rocket scientists. Astronomy majors mostly get employment as faculty or researchers at universities, government labs and observatories while some move to private industries.

Space science education is a promising segment that has a lot of potential in the future. It is a field worth looking into as it gives students the scope to explore something exciting instead of opting for the obvious choices. It would be heartening if the education ministry of India considers the introduction of Astronomy as a mandatory subject at the primary/secondary school level to introduce students to our exciting universe.

About the author: Shivam Gupta, CEO & MD at Space Technology & Education Pvt. Ltd. has been an active stakeholder of the organisation since 16 Years and in 2022 joined as CEO of the organisation for building strong business and marketing strategies with dynamic leadership for making the conglomerate a global powerhouse in the field of Education and Tourism through Astronomy, Space Science, STEM and Metaverse. Shivam has lead various marketing projects in Real Estate and pursued his Metaverse startup for building an experiential economy. His vision towards MarTech has helped companies achieve higher sales and stronger brand value. Shivam has worked with the likes of Times of India, Hindustan Times, MY FM, GD Goenka University, GD Goenka World School and other prominent schools of India for marketing promotions, Metaverse developments, Educational Programs and AstroTourism. Shivam is a Commerce graduate and holds a Bachelor's Degree in Global Management (Finance) from Regents University London, United Kingdom.

How can high schoolers set themselves up for long-term success; Finally answered

Career in Economics: Purpose, Jobs and Importance for students

Immersive Learning: Trends that will shape Segment in 2023 and Beyond