5 reasons to learn French as a Foreign Language 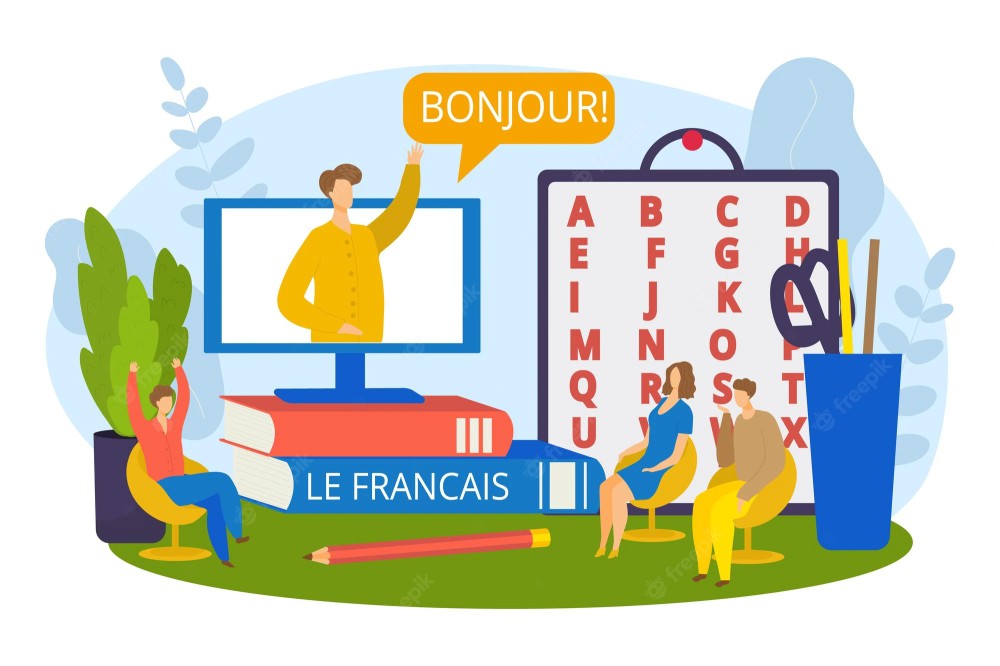 Netflix’s Emily in Paris hilariously captures, in a nutshell, the trial and tribulations faced by the enthusiastic, but french-illiterate protagonist, who often ended up misunderstanding others or putting her foot in her mouth. Not just the language, the general intention of the french people was lost on her. Agreed - Google translate with all its recent developments can be a good support to have. But as the eponymous Emily realised first-hand - no Google or translation tool can ever truly replace the ability to understand and speak a foreign language.

Technology today has made it possible for us to collaborate closely with individuals around the world, opening up a variety of opportunities for business, jobs and education. Whether you are applying for a job overseas or considering a degree or course at a French institute, having an intermediate proficiency in the official language of the people you work with is a must. Today, we take a cue from Emily and look at learning French as a foreign language.

And now the 5 important reasons that learning French as a foreign language may be a great idea now:

France is the fifth-largest economy in the world right now, and one of the most crucial requirements is knowledge of the French language for working or conducting business here. It is the official language in countries such as Belgium, Canada, Congo, Haiti and Switzerland. In fact, across various other countries, there are a large number of job opportunities where a working knowledge of an additional language is required. And being one of the six UN official languages, French is a highly prefered additional language by candidates.

Learning French can also make you eligible for quality education. France offers a wide range of advantages to International students, coming in 5th in terms of education across Europe. It offers specialised courses, affordable tuition and living costs, particularly in the smaller cities and towns, and of course the culture and heritage of France.

The language of culture, including dance, music, films, food, and fashion, is French. More Nobel Prizes for literature have been awarded to French nationals than to any other nation. The country is also known for its Gourmet meals and exquisite wines. The language provides access to outstanding literature in the original French, as well as films, songs, and a wide range of primary news media sources. Hence, knowing French allows you to grasp the cultural diversity and bypass the lost-in-translation phenomenon.

Learning French, or any foreign language for that matter is scientifically proven to improve your memory, self-discipline, and self-esteem. You can rapidly take pride in your new abilities because development is also easy to track. On the other hand, French is an excellent foundation for learning the other Romance languages such as Spanish, Italian, Portuguese, and Romanian, because they all developed from the same source and have a lot of similarities.

The ability to interact with locals when travelling is perhaps the clearest benefit of learning a foreign language. With more than 80 million visitors a year, France is the most popular travel destination in the world. While people in key tourist areas are able to talk in English, they are not particularly proficient. Also, your English skills will become less and less useful as you travel to areas of the country where foreigners are less common. Outside of France, nations like Monaco, Canada, Congo, Africa, Haiti, and Switzerland, are other nations where the official language is French and you will face the same problems when travelling there as well. Speaking French enables you to become an informed traveller, request directions, book your own hotel room, and converse with local people with ease.

Challenges you may face when learning French as a Foreign Language

Notwithstanding the benefits, learning French can be a challenge, particularly for Indians. Even though over 30% of all English terms are directly or indirectly derived from French, English speakers learning French are likely to face the following problems (we also give you their solutions):

Solution: The solution to this problem is to be dedicated to learning the language well, practising it often - and most importantly, learning it from an expert trainer, ideally one-on-one.

Solution: Learning French using an audio tool, along with practising with a good tutor is the solution to this issue. Consider finding a conversation partner, listening to podcasts, working one-on-one with a French teacher, or watching French movies to work on your conversational French.

Solution: Working with a French tutor with specialised knowledge is the best approach to avoid this problem. It also helps to continue listening to French alongside learning the grammar and syntax of the language. As you progress, you will be able to pick up the language better.

French can be the simplest language to learn if you are passionate and dedicated and are learning from a good tutor. Learning anything new may be both anxiety-inducing and exciting. But, enjoy the learning process and you will reap the rewards in the greatest way possible. Do not make language learning a chore; instead, make it an enjoyable experience.