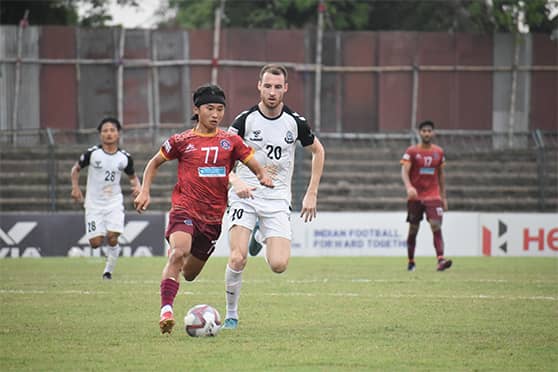 Seventeen-year-old Nikum Gyamar was one of the youngest footballers to have played the Hero I-League 2021. Though he has participated in several tournaments and championships, Nikum's big break came when Rajasthan United FC picked him to play the I-League in 2021. To add a feather to his cap, the boy from Arunachal Pradesh was one of the winners of the Edugraph 18 Under 18 Awards.

Growing up in Naharlagun, Arunachal Pradesh, football and volleyball were the only two sports that Nikum played in school. “I started playing football when I was eight years old and, over time, I started enjoying the game. To this date, football is my love and I continue to play it,” said Nikum, who studied at Witty International School in Bhilwara, Rajasthan.

“I came to Rajasthan in 2021 to play football for the Rajasthan United FC junior team. But the club owners felt I had the potential and gave me a chance to play in the senior team. I played the I-League in 2021,” said Nikum, who was Man of the Match against Churchill Brothers FC, Goa.

Nikum considers Lionel Messi to be his role model. “I have been watching Messi play since I was very young. My father and I used to watch his matches together. My father is also fond of Messi. I like the way he plays football.”

Nikum believes football has made him disciplined and a thorough professional. The boy with the dream of being an international footballer did not let the lockdown bog him down. He continued with his practice and fitness routine. “The lockdown was a difficult time. I would go to a park near my home in Naharlagun, Arunachal Pradesh, every morning and evening to play with my friends. I would run or jog and work out,” he said.

The Edugraph 18 Under 18 award has inspired him to do better. “It’s a great achievement for me. In future, I hope to go to Europe and play there. For now, I am trying to play for my country. I think football is my career for now,” Nikum said.