Calcutta: The RCTC 175th Jubilee Calcutta Monsoon Derby (Grade 2) had the large gathering on their seats’ edge as the top

two market fancies flashed past the post almost abreast, even the magic eye couldn’t separate the duo.  Vijay Singh’s 13/10 favourite Success (Suraj Narredu) and Patrick Quinn’s second in demand Imperial Power (Akshay Kumar) were declared joint winners of the coveted event.
Both trainers scored a double each on the afternoon but the one who stole the limelight was the emerging saddle artist S. Saqlain who notched up a priced treble. The treble not only helped him complete his apprenticeship but also ensured him the jockeys championship crown.
Tycoonist led the Derby field followed by Kiefer (A.Sandesh) Sonata (P.Trevor), Imperial Power sat behind in fourth with Success just behind the leaders. Kiefer bought the field into the straight closely followed by Sonata, Akshay bought Imperial Power on the outside at the same time while Suraj got busy on Success.
Imperial Power was having a length’s break in the last 100m but both the jockeys were going flat out. However, Success literally flew in the final 50m to flash past the post almost abreast of Imperial Power. A photo was called and dead-heat was declared.
Thirty three years ago Aphroze and Zara Shah were involved in a dead heat in the Calcutta winter Derby.
The afternoon started with the 18/10 favourite Arrow Point (S.Saqlain) outstaying the field in the Captain Cook Handicap over 1800m. In the same race, the top-weighted Reagan finished best of the rest.
The Tiger Tops Handicap over 1400m saw trainer Bharath Singh’s Silverita ( P. Trevor) notching up her second win since shifting base. The course favourite,  favourite Divya Shakthi (S. Saqlain), in the same race finished second while  Adornica filled in frame. Silverita can notch up a hat trick if judiciously placed while Divya Shakthi seems to be over-raced.
The Great Tribute Handicap over 1100m witnessed the Patrick Quinn-trained 3/1 chance Jean Lafette (S.Saqlain) get the better of Vijay Singh’s 13/10 favourite, Southern Lad (Hindu Singh), with a measure of ease. Essos finished third in the same race after making most of the running.  Give another chance to Southern Lad.
The  Exchmarket Mile & A Quarter Handicap over 2000m was an open betting affair with Galen (Suraj Narredu) and Circle of Love (Neeraj Rawal), both, at 3/1 each, while Wordsmith (S.Saqlain) at 5/1 and Mandeville (Hindu Singh) at 6/1.
However, after a sluggish start Saqlain, atop Wordsmith, started gradually improved his mount from the 1000m — keeping on the outside as Galen and Circle of Love who were disputing the lead.  Wordsmith collared the leaders soon on entering the straight to go away for an effortless victory over the late finishing Mandeville while Galen finished third.
Vijay Singh trained three-year-old filly Raisina Star claimed the  Skyexch One Click Bet Handicap over 1100m in a common canter, despite appearing on the race track after about eight months. Properly Posh and Ember Glow fought for the second spot with the former getting the measure by half a length.
Trainer B. Mahesh’s last start winner Full Volume (P.Tajeshwar) completely demolished the opposition in the Whomakestherules Cup for horses in the highest class. The horse defied a two class penalty on his way beating a friendless Fenicia Glint(Sujit Paswan), and the 3/1 favourite  Monfortino (Suraj Narredu).
The afternoon ended with Neil Darashah trained Aircraft (Sujit Paswan) catching  all by a surprise. Taking to the front from the start of the race, Aircraft lasted out to win from a heavily fancied Dubai Bay (P.S.Chauhan) and  Roka who placed third. The 2/1 favourite Island Lass perhaps needed this run. 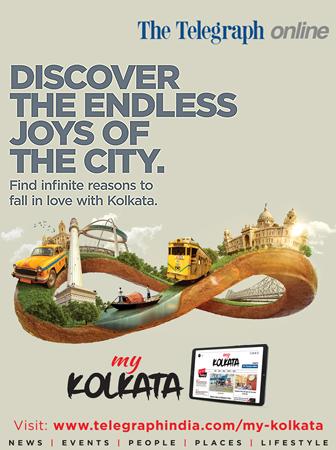