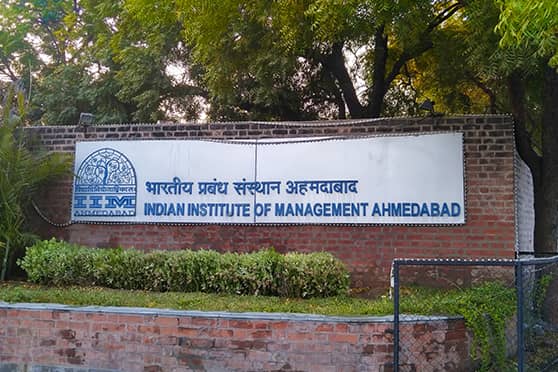 Kaushik Mukherjee is a successful entrepreneur and an alumnus of IIM Ahmedabad. Shutterstock

Advertisement
Summary
Kaushik Mukherjee is an alumnus of Don Bosco Park Circus, BITS Pilani and IIM Ahmedabad
He founded the beauty brand SUGAR Cosmetics with wife Vineeta Singh, who was a judge on Shark Tank India

Kaushik Mukherjee left Kolkata to study at BITS Pilani after Class XII and believes that moving out of home is essential for every young person to grow into adulthood. The co-founder and COO of SUGAR Cosmetics tells us about the lessons he learnt in school and college, which paved the path for him to be a successful entrepreneur.

Edugraph: You grew up in New Alipore and went to Don Bosco Park Circus. Tell us how you were as a student…

Kaushik Mukherjee: Very erratic! I remember this very well that Class I and Class III were the only two times when I managed to finish in the top three and you know there is hardly anything to study in those classes.

I was an average student. Class X was good, but Class XI was bad. I mean so bad that parents had to be called! At that time, one of the seniors was preparing for BITS Pilani and I always thought IITs would be too tough for me, and I was right because I didn’t clear when I took the test.

I read about BITS Pilani and everything I heard was that it was a fun place, with a lot of fests and a lot of fun people. At that time, there was no BITSAT (entrance test) and you could just get through with your ICSE and ISC marks, so I thought let’s study for it. Weirdly, it became my learning motivation to study and get some marks.

If you had to pick your fondest school memory, what would it be?

Kaushik Mukherjee: It was Class XII Sports Day. Two of us were selected from the Blue House for a 100m dash for Class XII, the senior-most class. It was one of the most-watched and hyped events. I was fast but there was one guy who was faster than me and I remember that when the race started, the guy was ahead of me and halfway I thought I was not going to win. The guy stumbled with 20 metres to go because he lost pace and I continued to finish first. It was a big deal… gold medal and all.

Now when I look back, what I learnt that day — don’t look at others. Look at your race and focus on your goal. Do your work and you never know when things will look up. This is so ingrained in me. I have so many memories with teachers and friends but this memory jumps out.

Among school activities, what was your favourite?

Kaushik Mukherjee: I was into sports. I was in the Under-16 cricket team that plays the CAB tournament. I trained to play the sitar and sang a bit. I tried a lot of things. As options narrowed down when you go to campuses outside home, it became a bit structured, so swimming and music.

You studied outside your hometown after school. Many students find it difficult to adjust to a new city and environment. Is it essential for students to be on their own to come to terms with adulting better?

Kaushik Mukherjee: I believe so. If you stay in and around your parents, sometimes you think that the parents are not letting you do this. The biggest thing that happens when you go somewhere on your own is, “Okay, nobody is watching me right now. My mum and dad are not here, so I can do anything I want.” It catapults you to adulthood suddenly that you have to take care of yourself. That realisation never happens until you are accountable on a daily or hourly basis. I always encourage everyone to move out. Till Class XII, it’s okay. But after that, try charting your path somewhere without the accountability you face at home.

Take an attempt to deconstruct the question in slow motion over the longest period. It’s like playing a match where you need to spend time in the nets to be able to get better.
- Kaushik Mukherjee

What is your suggestion to those who think that getting through IIM is too good to be true?

Kaushik Mukherjee: IIMs are tough. It’s tough but it’s true there are ways to prepare for it and today, people have options like ISB (Indian School of Business) and other universities and there are so many IIMs that have opened.

I was talking to a friend where we were about to approach a client and was thinking whether the person will have time or if there will be a chance of cracking a deal. He said to me, “I don’t know about that but if you don’t go, the deal won't ever crack.” That’s the mindset! I know if I don’t prepare, I won’t get through.

You shouldn’t think about whether you will win the game, think about completing the game. That’s a mindset that takes time. All it takes is one success, then people forget all failures. People who have tried IIM three times and are now in IIM are known as people who will be graduating from IIM and not as people who have tried three times. So, imagine with each failure, the only way to erase a failure is a success.

Hard work is essential but sitting for the CAT is a preparation of a different kind. What’s that extra bit?

Kaushik Mukherjee: We took a lot of practice tests to familiarise ourselves with the conditions. The biggest eye-opening thing for me was that you clock two hours and take a test, then you score yourself. Maybe you get 72 out of 100 and think that tomorrow I will take another test and get 75; or think that today I have improved. But this is wrong. It’s a lie!

I remember one of my teachers had told me to take two hours for a test, 15 minutes to check the paper, and spend six hours checking what were the questions that went wrong and the ones I didn’t attempt and why. Think when you are in a relaxed environment and not under the constraints of an examination. Take an attempt to deconstruct the question in slow motion over the longest period. But it requires patience. It helped me, and it worked. It’s like playing a match where you need to spend time in the nets to be able to get better.

What’s your answer to the 18-year-old who asks — How can I be like Kaushik Mukherjee?

Kaushik Mukherjee: I will say, ‘Kaushik went through a lot of pain and failure, so don’t be like him.’ A lot of people put a lot of stress on what they will do and when they will do it. More important is how you build it. I would say, first learn, pick an area you think is exciting, and join somewhere. Work over there and see things.

There is a bandwidth from the age of 22-26. It is magical. You are unstoppable during that time. Even if you spend one or two years in business school, you still have years to do whatever you want to. It’s that phase where however bad things go, you are going to come back. So, after graduation, assume that you have a free pass to build, learn, fall and fail. Do whatever you want to, make it count!