Meet the Youngest Headmaster in the world; providing free education to thousands in WB 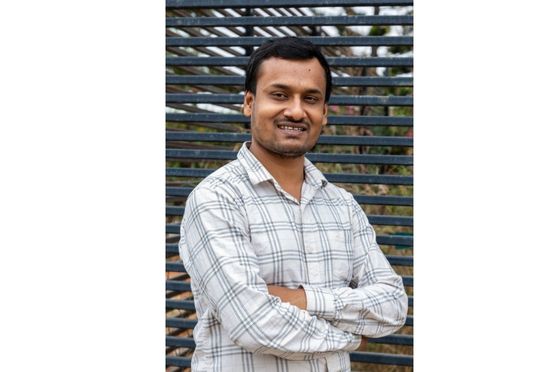 Advertisement
Summary
Babar Ali, a 29-year-old young man from Murshidabad district in West Bengal, who has taught thousands of children in the past decades
At the time when his batchmates were still studying or looking for work, Babar Ali had already become a leader and change maker as the headmaster

Babar Ali is a 29-year-old young man from Murshidabad district in West Bengal. To an onlooker, he will seem like any ordinary man, about to enter his thirties, but he is anything but ordinary.

When he turned 16, BBC did a feature on him, awarding him the title of the youngest headmaster in the world. He has taught thousands of children at the little school, under a guava tree, which he started when he was merely 9 years old. In fact, at the time when his batchmates were still studying or looking for work, Babar Ali had already occupied a prominent position as the principal teaching and guiding the children in his village for free. His motto in life is to fight poverty through education.

How it all started…

The story goes that when he was nine, he was returning home from school one day and saw some children working in the fields. The next day he again witnessed those children, not at school but working - helping their parents with chores on the farm. Seeing the children made Ali wonder why it is that he was returning from school but these children were working in the fields? To the 9 year old boy, it must have seemed unfair and he decided to change things himself. He set up his school and started offering education for free. And such were the humble beginnings of his school - Ananda Siksha Niketan.

“I asked my teacher for a broken chalk every day when I was in class 6, one day out of curiosity she asked my batchmates why does he need a broken chalk every single day, to which they replied that I have started my school and post my classes I teach the same to underprivileged children. Hearing the same, she was so happy that she gave me a full box of chalk; to date she remains to be my favourite teacher as she supported my work since the very first day” recalled Babar. 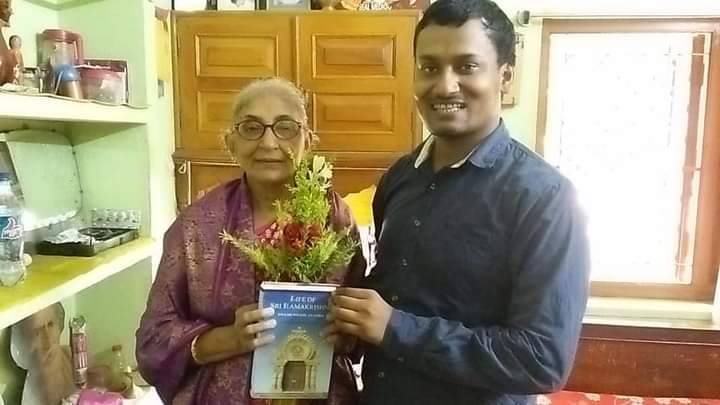 Making a significant change in his community

The name of his school, Anand Siksha Niketan means the school for joyful learning. And in addition to education, Ali was also concerned about bringing about a shift in the lives of his students. He made efforts to get his school recognized by the West Bengal Board of Secondary Education, which takes care of free learning kits, school uniforms, food, and other necessary amenities for its students.

The West Bengal government has a scheme where they provide every student with four kgs of rice for attending school daily. When Ali found out about the program, he took every necessary step to get his school recognized by the local government, allowing students to benefit. Babar Ali is an ardent follower of Swami Vivekanand and a person who looks forward to continuing the work of improving the quality of education in his district.

Taking his school to new heights

The youngest headmaster in the world aims to provide education to every single underprivileged child and that is the sole reason why his school provides free education for the ones coming from economically weak backgrounds. Decades of his contribution to the education sector have uplifted the literacy rate in the Murshidabad district.

“After my school or during the break hours when other children and some of my friends were playing in the school playground I used to stand outside my own school’s administrative office and gauge how my teachers are managing their work and maintaining different records. That’s how I learnt about the managerial process which I later implemented in my school. In the long run, it is again a continuous procedure working regularly you also get to learn and that’s how I nurtured myself” added Babar.

Uplifting the disadvantaged - the girl child

“I come from a very modest family but I am blessed to have parents who worked hard and sent me to a good school that was 10 km far away from my home. They wanted me to complete my education. The two things which come to my mind when I look back at those days are love and realisation. Firstly, I love to teach and realisation because I realised I was getting educated at a good school and if I could do something for others it would be great. So these two things helped me start my mission” said Babar.

Female education has always been one of the most debatable topics in some of the core Indian districts. Murshidabad was no exception and alien to the same. With Babar’s sister being his first student he also aimed to uplift the conditions of female education in his village.

“When I first started on my mission the village people were strongly against my practices as they were not educated themselves. They mainly used and taught their children to work rather than sending them to school and when it came down to a girl child there were all the more strong reactions which I received. During my initial days, the first question that I was asked was how is education important to a family who cannot even afford two meals a day? And to educate a girl they will not find a husband in near future. My village had an early marriage thing in those days and some aspects, there was also gender bias. It was a very difficult and continuous process for me to convince such people but it gradually improved and today I can proudly say that today in my school 60% of students are girls and 40% of them are boys. I feel female education makes a huge difference in our society because girls are the ones who turn into mothers and the mother is always the first teacher who shapes our future generation and instils human value in a child” added Babar.

What the future holds….

This year Babar is going to complete 20 years of his teaching journey. His school Ananda Siksha Niketan has a majority of female teachers who provide value-based education to children.

“Teaching can never be compared to any other job in the world. I believe a teacher can build a nation and nurture its future citizens. Be it a doctor, engineer or even a scientist each one of them is educated in a classroom. Teachers shoulder a great responsibility. As a teacher in my school, I believe in delivering more of a value-based education teaching children about a positive outlook and a sense of humanity. To be a teacher one needs to look and work beyond professionalism to make the future of the child shine” said Babar

Babar Ali is a source of inspiration not only for teachers but for every single person in the world. His efforts and story teach all of us that once you are determined to reach a certain goal in life you will always yield great results.