Zaiyigum Zeliang of Hollotoli School in Dimapur loves coding, wants to be a scientist 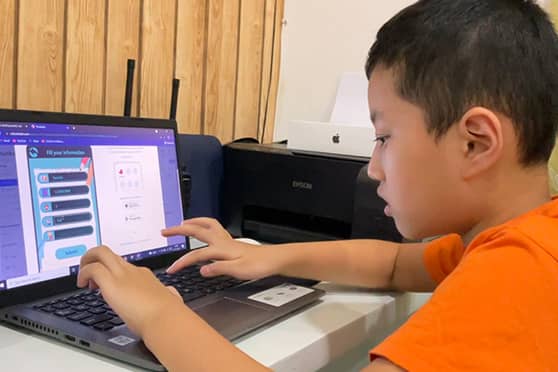 Advertisement
Summary
The Class IV student is the co-founder of Zeliang Codetech, a coding start-up
His app for parent-and-teacher coordination has won him the White Hat Junior Silicon Valley Challenge in 2021

The pandemic saw kids glued to the screen for long hours, bored of confinement as well as for online classes. Zaiyigum Zeliang was hooked to the screen alright, but for an entirely different reason. The Edugraph 18 Under 18 Special Mention awardee is a coder who has designed an app for easy parent-teacher interaction.

It all began when the then seven-year-old boy’s parents signing him up for a coding course on an Edtech platform during the first lockdown.

“Everything was shut and the children were trapped at home with little to do. Our son was not at all familiar with smartphones or computers since we didn’t allow him to use gadgets before the pandemic,” said Kangzang Zeliang, Zaiyigum’s father.

A family friend suggested a coding course and Kangzang Zeliang decided to give it a try. “I didn’t expect him to excel in this. But as days passed, I saw his interest grow. I started listening to the sessions and found them interesting,” he said.

Birth of an app

The Class IV student of Hollotoli School, Dimapur, Nagaland, wanted to do something about better parent-teacher communication during the pandemic. “I wanted to simplify parent-teacher meetings and decided to try my hand at creating an app,” Zaiyigum said. He began with a flowchart and worked on the front end first before finally coming up with the app.

His father said that he saw it coming since the boy showed immense interest in his coding classes and was eager to create something on his own.

“The PTI (Parent Teacher Interaction) app gives parents 24x7 access to a student dashboard, where they can reach out to teachers,” Zaiyigum said. 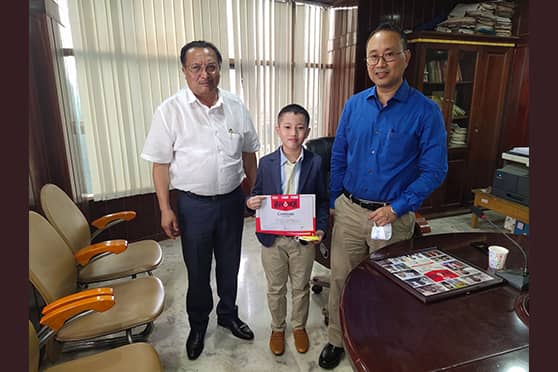 Zaiyigum won the White Hat Junior Silicon Valley Challenge 2021 as a Most Promising Future Creator Challenge in 2021 for the PTI app. He was named Young Achiever 2022 at the 4th BLK Memorial Awards presented by The Diphupar Naga Students’ Union.

The little coder is already working on his next app. “Give the Needy app will help create a resource tool for excess food, clothes and things so that people who need them can procure,” Zaiyigum said. He wants his apps to be changemakers.

Zaiyigum, along with his father, has started a company called Zeliang Codetech. The father-son duo were selected to present their business plan at the Start-up India Innovation Week 2022, where they pitched for funding to scale their app.

Zaiyigum also takes interest in drawing, clay modelling, gardening and reading. “I like to play with my younger brother and help my parents, too. I like playing video games but only the ones I create. It is more fun to have your own games,” said the boy who loves science and mathematics, and wants to be a futuristic scientist.

Zaiyigum’s school and family are overwhelmed at his achievement. There was celebration at Hollotoli School when the news came in. “We are extremely proud of Zaiyigum. He’s a very smart and sharp kid. He knows what he’s doing and picks up skills quickly. I am sure he has a long way to go,” said Suparna Roychoudhury, principal, Hollotoli School.