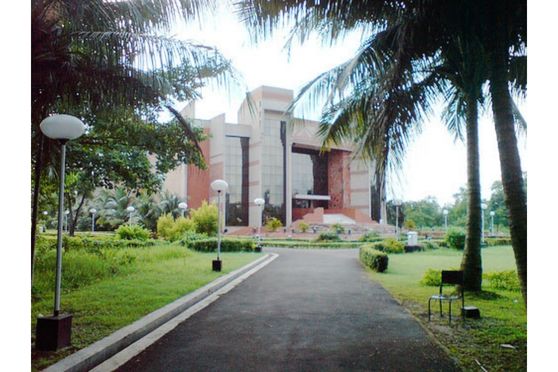 Advertisement
Summary
Mi Summit 4.0 launched in August was aimed at enabling B-School students to get hands-on experience with real-world business case studies and problem statements
As part of the finale, Umang Agarwal and G Rohan of team 'Wingers' from IIM Calcutta were announced as the winners

Xiaomi India, today announced the culmination of the 4th edition of 'Mi Summit'. Mi Summit 4.0 launched in August was aimed at enabling B-School students to get hands-on experience with real-world business case studies and problem statements.

As part of the finale, Umang Agarwal and G Rohan of team 'Wingers' from IIM Calcutta were announced as the winners. Aman Garg and Param Mehta from team 'Please Find Attached' from XLRI were the runners-up. The teams have been awarded a cash prize of INR 2 lakhs and INR 1 lakh respectively. Additionally, pre-placement interviews were rolled out to all the finalists in the Grand Finale.

The grand finale witnessed the top 24 students across 10 cities in India compete in an insightful battle of wits and business acumen. Students from these 12 teams presented solutions to 3 real-world business problems (Offline Sales, Online Sales, and Category Management), along with usability and application in the real business environment at Xiaomi India headquarters in Bengaluru.

Commenting on the program, Muralikrishnan B, President, Xiaomi India said, Our management schools have an exceptional talent pool, and with guidance and exposure to real-world scenarios, they will form a valuable talent pool for organizations. At Xiaomi India, we believe in consistent investment in the upcoming generation and helping them realize their potential. The 4th edition of Mi Summit has received an overwhelming response from students across the country. We are delighted to see the innovative solutions and fresh perspectives on real-world business problems from these future leaders. The top 12 teams consisted of participants from B-schools like FMS - University of Delhi, IIT Madras, IIT Bombay, IIM Raipur, MICA, Xavier Institute of Management, Bhubaneswar, IIM CALCUTTA, IIM Amritsar, XLRI Jamshedpur, IIM Kashipur, MDI Gurgaon, and IIM Udaipur. The finale was judged by an esteemed panel from Xiaomi's leadership team. Based on a unanimous decision by the panel, the top 2 teams were crowned winners. Not only that, to encourage the students and keep their spirits high, all cluster winners and runners-up were awarded a Mi Soundbar and Redmi SonicBass Wireless Earphones along with a PPI offer.

The 4th edition witnessed massive registration from 11,000+ students across the top 27 business schools pan-India. The competition was structured in four stages. The program commenced with a quiz round which saw participation from 4500+ teams. This was followed by a campus round where in the top 10 teams from each of the 30 campuses participated. The finalists were divided into 6 clusters for the next round. The top 24 winners from the cluster round moved into the grand finale.

The element of surprise in the 4th edition was wild card entries invited from eligible students across B-Schools in the country. These non-participating schools were names like IMT Ghaziabad, SCMHRD Pune, IMI Delhi, and Goa Institute of Management that brought tough competition to the table. Launched in 2019, over 17,000 students have participated in Mi Summit till date.