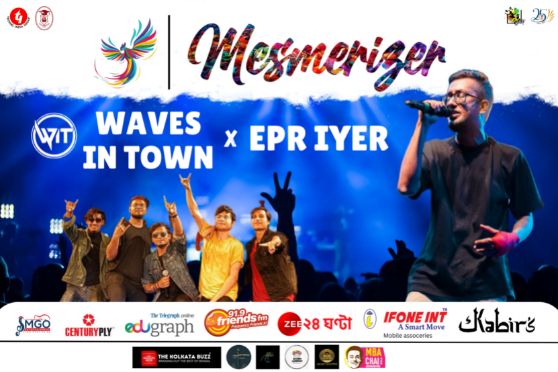 Advertisement
Summary
Organized by the students of the Eco-Cultural Club of NSEC, the event aims to promote various talents of students from all over Kolkata
On the final day of the event, the 19th of Jan, Waves in Town and MTV Hustle fame, EPR Iyer will be performing for the first time in Kolkata

Netaji Subhash Engineering College established in the year 1998 is the oldest college under Techno India Group in Kolkata. The college is best known for its endearing academic excellence, on the other hand, it promotes various extracurricular activities to bring the best out of its students.

Mesmerizer, the biggest cultural event of the Netaji Subhash Engineering College is back again after 3 long years. It aims to promote various talents of students from all over Kolkata. It is organized by the students of the Eco-Cultural Club of NSEC. This time it’s a three-day event. On the 14th and 15th of January, various competitions were held in the college campus itself.

On the final day, which is the 19th of January, we have a fun-packed evening planned for everyone. From prize distribution to band performances to movie promotions, you name it and we've got it covered!

This time Mesmerizer is filled with various exciting events that will leave all your jaws dropped!!!

Different colleges from all over the city took part in various events such as All That Jazz (Group Dance), Ghungroo (Solo Dance), Move It (Street Style), Talk Rocks (Debate), Mind Fizz (Quiz), Dotaara (Singing), Glam Up (Fashion Show), Paint It Up (Face Painting), Ink & Quill (Creative Writing), Akriti (Mandala) & Beast Noise (Beatboxing). The participants put up a very strong competition, and it was very difficult to choose the winners!!

We also had our very own music band, Hazard, rock the stage of Mesmerizer on the 15th of January 2023. It was a very musical evening and everyone enjoyed their fullest.

On the final day of the event, the 19th of Jan, Waves in Town and the very talented MTV Hustle fame, EPR Iyer would set the stage on fire. This is the very first performance of EPR Iyer in Kolkata with his solo setup.

So be there on the 19th of January at Northern Park, Bhawanipur. The final event is going to start at 4 pm. The winners will be presented with their awards and after the prize distribution, other exciting events would follow one after the other.

It’s going to be an evening full of music, dance, fun and laughter!