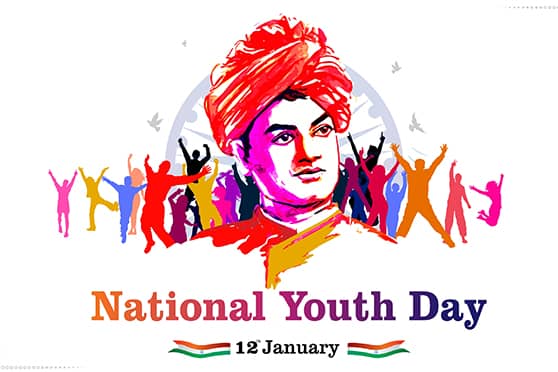 Advertisement
Summary
Vivekananda was a fast bowler, horse rider, golfer and wrestler, and stressed the importance of sport
Vivekananda believed in equality between the sexes, castes, and classes

Every year on January 12, India celebrates National Youth Day to mark the birth anniversary of Swami Vivekananda. Even though he had passed away in 1902, well before his 40th birthday, Vivekananda continues to be hailed in his homeland as both a prophet and a patriot.

But posthumous adoration is not the same as posthumous relevance, which begs the question that 120 years after the monk and philosopher breathed his last, how relevant is Vivekananda for today’s Indian youth?

Have Vivekananda’s messages, profound and pertinent as they were when originally pronounced, endured the test of time? What can a youngster glean from Vivekananda’s canon that they cannot access elsewhere in this age of information?

He believed in the spirit of enquiry

The timeless lesson that Vivekananda outlined in his writings, chiefly through the four Yogas that he authored (Karma, Raja, Jnana, and Bhakti Yoga), emphasised on the spirit of enquiry and logic. According to Vivekananda, “verification is the perfect proof of a theory”, no matter the subject or field.

In an era of hyperactive social media and a deluge of data across platforms, Vivekananda’s rationalist framework is more relevant than ever, as it helps to filter wisdom from information besides identifying what is true and meaningful from what is viral.

#Focus on a single idea: Another essential aspect in which Vivekananda can inspire the youth is by his insistence on doubling down on a single idea, or what is often referred to as “tunnel vision” in modern lingo. “Take up one idea. Make that one idea your life; dream of it; think of it; live on that idea. Let the brain, the body, muscles, nerves, every part of your body be full of the idea, and just leave every other idea alone. This is the way to success,” said Vivekananda.

At a time when youngsters are incentivised, sometimes impelled, to take up as many tasks as possible, to “hustle” their way through life by being good at everything, Vivekananda’s advice on specialisation can be transformative.

Vivekananda knew that for expertise to be harnessed, undivided attention is the only effective path. Canadian author Malcolm Gladwell, one of the most influential writers of this century, reiterates Vivekananda’s suggestion when he speaks of dedicating at least 10,000 hours to something in order to master it fully.

He blended science and spirituality

Growing up in a Bengali household, Vivekananda’s legacy was inescapable for me. From how he unhesitatingly gave away his clothes to the needy to his enriching bond with Ramakrishna Paramhansa to his memorable speech at Chicago’s Parliament of the World’s Religions in 1893, details about Vivekananda’s life were a part of everyday conversation. But more than his eccentricities or his accomplishments, what struck me about Vivekananda were his path-breaking thoughts on science and spirituality.

Here was a man who spent countless hours in prayer and meditation but who showed no reluctance to question God in front of his mentor Ramakrishna. Here was a man dressed in saffron robes whose scientific temper was as unshakeable as his surrender to the spiritual. Here was a man who initially perplexed me, but then convinced me that science and spirituality (Vivekananda often used the word “religion” instead of “spirituality”, though not in the sense of contemporary organised religion but in the sense of the divine purpose of existence) are two sides of the same coin.

Vivekananda demonstrated how science and spirituality are involved in a simultaneous quest for meaning, one through the investigation of matter and the other through the dissemination of myth. Since humans are incapable of comprehending without causality and the presence of overarching narrative structures (involving the what, who, and how of an event or action), both science and spirituality are equally important for civilisational progress.

The clarity with which Vivekananda established the relationship between questioning and believing, between reason and faith, allowed me to accept science and spirituality as mutually inclusive. For the first time, I could eliminate superstitions without dismissing destiny and develop my power of argumentation without assuming that everything in the world could be argued about.

He rooted for equality and enabled it

“No man shall dictate to a woman nor women to a man…Women will work out their destiny better than men can ever do for them,” remarked Vivekananda. A firm believer in discussing equality alongside enabling it, Vivekananda was one of the first thinkers to challenge the patriarchal nature of Indian society as well as the caste structures that underpin India’s social hierarchies as laid down by the Aryans.

For Vivekananda, equality between the sexes, castes, and classes could be actualised by practising acceptance, not just tolerance. For tolerance involves a patronising attitude towards an apparent inferior whereas acceptance is all about accommodation and mutual respect for each other’s ideas, beliefs, and goals. In all my time reading about equality, I have never come across a more lucid or universal expression of what it takes to attain it.

He urged youngsters to take up sports

Living at a time when the Indian commoner would not dare to claim equality with their British master, Vivekananda urged his compatriots to shed their diffidence and aspire for equal recognition and status. One way to do so, he felt, was through the arena of sport.

An excellent fast bowler, a seamless horse rider, a prodigious golfer, and a versatile wrestler, sport was an inseparable part of Vivekananda’s formative years. By harping on the need for Indians to take up sport, Vivekananda was not just inculcating the values of discipline and teamwork. He was also trying to promote spiritual athleticism (the worship of the body)

to counter the physical degeneracy that plagued much of the Indian middle class in his era.

When Vivekananda wrote that “you will be nearer to heaven through football than through the study of the [Bhagavad] Gita”, I felt exhilarated, and not just because I knew more about football than the Gita! What delighted me was the bluntness with which Vivekananada, for all his erudition, could admit that physical exertion was just as useful in learning about the world as intellectual exploration.

Ultimately, what led Vivekananda to shape my mind was the honesty and accessibility of his thoughts, his unique ability to simplify complicated concepts without compromising on nuance. It was an ability that was rarely found among his peers and is even rarer today.