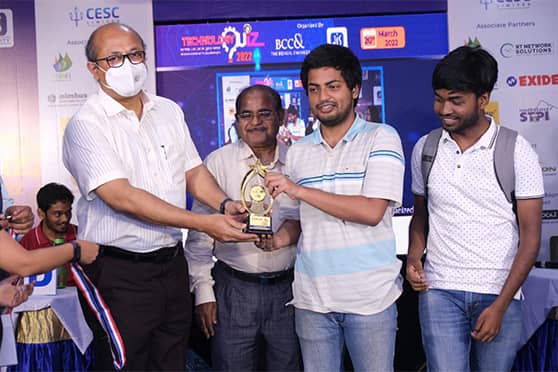 Quizzers were happy to challenge each other offline at The Bengal Chamber Technology Quiz 2022, an inter-college quiz fest organised by The Bengal Chamber of Commerce and Industry, in association with JIS University on March 26. The 11th edition of the quiz saw over 260 young minds from all over the country battle it out on the Agarpara campus of the university.

“The questions were both informative and fun to work out. After a long wait, we have returned to the offline quizzing setting. We had almost given up on making it to the quiz because we got delayed waiting for the train. A lesson was learnt! Never give up on any situation until the very end. In the beginning, we missed out on three consecutive questions and chose the wrong alternative in the 50/50 Guess round. Despite the negatives and the not-so-promising start, we took calculated risks and, eventually, it paid off. Do not get discouraged by minor setbacks and keep pushing forward,” Arnab Mandal said. 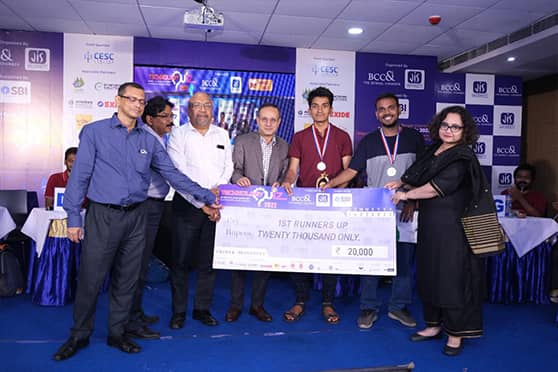 “It was really exciting to attend an offline quiz after almost two years. The questions were tough, which wasn’t surprising. Our team sailed through most of the rounds except for the Technology In Film round, which was interesting but tough as neither of us is into film trivia,” Abhishek said.

Das addressed the audience on Emerging Technologies and Cyber Security. “Students have been forced to sit at home, restricting their social activity. Finally, they can explore face-to-face activities. They needed a platform to initiate the same with more enthusiasm and vigour,” Majumder said.