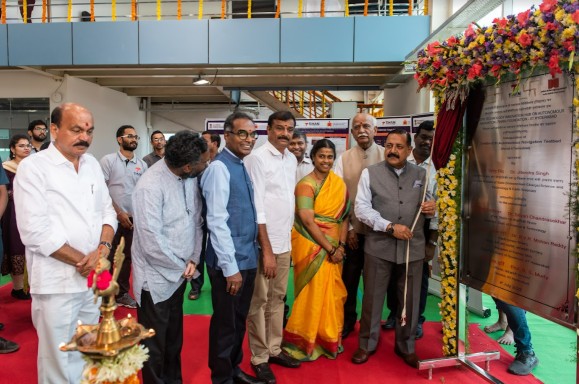 Advertisement
Summary
The Department of Scientific and Industrial Research (DSIR) has designated TiHAN as a Scientific and Industrial Research Organization (SIRO). It is the first testbed of its sort in India designed for testing both ground and aerial vehicles
For UAVs, ROVs, and other autonomous vehicles, TiHAN at IIT Hyderabad focuses on the study, creation, and development of autonomous navigation and data collecting systems

“The TiHAN - IITH will be the source of futuristic technology generation for autonomous vehicles while The TiHAN-IITH testbed on Autonomous Navigations will allow us to test the next generation autonomous navigation technologies accurately and allow faster technology development and global market penetration,” Dr Singh said while inaugurating the ceremony.

“...TiHAN in collaboration with IIT Hyderabad has also established a New Interdisciplinary 2-year MTech program on Smart Mobility, the first of its kind in the country, and is also supporting entrepreneurship and skill development activities in this area of autonomous navigations. From DST, we will always be there to provide in possible ways”, Singh said while congratulating the IIT Hyderabad Director & the team. 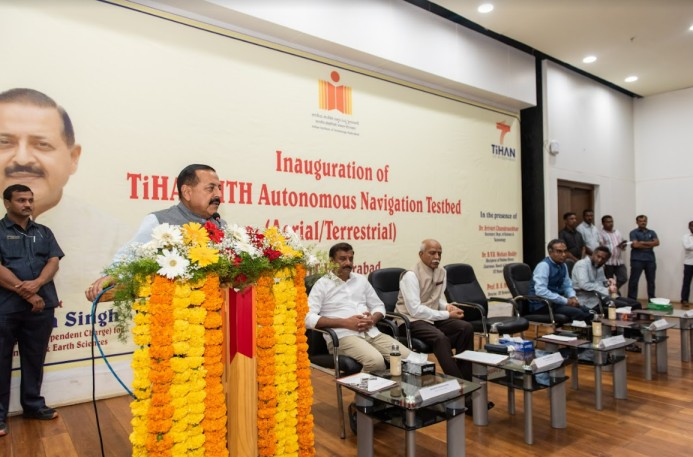 B S Murty, Director IITH, expressed his delight saying, “It is a great day for all of us that Hon’ble Minister for Science & Technology Dr Jitendra Singh Ji is with us to inaugurate TiHAN Testbed and has seen the excellent research that is going on at IITH in the various fields from Healthcare to Autonomous Navigation. This Autonomous Navigation Testbed, inaugurated today, is 1 st of its kind in India that is meant for both Ground & Aerial Vehicle testing. The Team led by Prof Rajalakshmi is doing exceedingly well to ensure that India not only becomes Aatma Nirbhar but also becomes a leader in the field of Autonomous Navigation”. 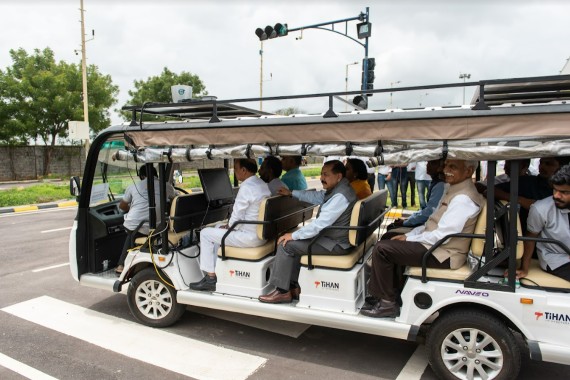 Dr Srivari Chandrasekhar - Secretary, DST, congratulated the IIT Hyderabad team and said, “It is a proud and honour moment for IITH that the minister has given us time to come and see what we are doing here, a great show of how IITH is moving toward autonomous vehicles and how drone technologies are growing up…On behalf of the ministry, I assure all of you that who would come and do some startup companies and see that you create some employment and some wealth for the country. DST is there to help you to see that this ecosystem grows. I wish all IITH all the best.” 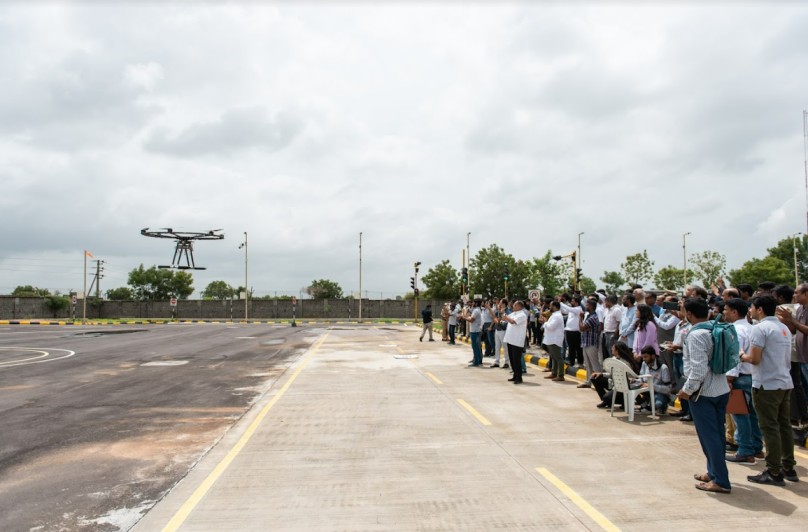 Dr BVR Mohan Reddy, Chairman, Board of Governors, IIT Hyderabad, shared a few words about the inaugural ceremony, “It is another momentous day in the history of IITH as we inaugurated the TiHAN, which is a Technology related hub for Autonomous Navigation. IITH has made tremendous progress under the leadership of B S Murty…So, I would like to encourage our students to start looking at entrepreneurship and the startup ecosystem. Enormous research done here needs to be converted into innovation and applications. What we need to focus on as researchers at this point in time is the Monetization of research…” 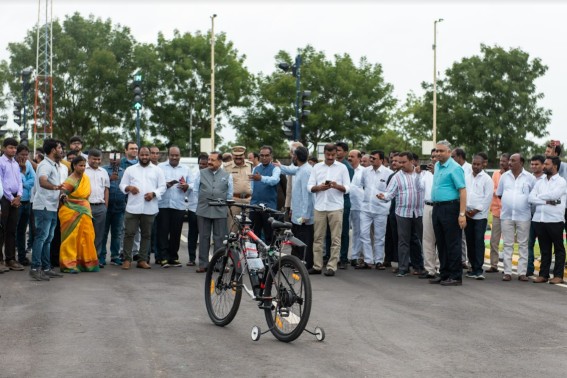 TiHAN intends to realise the use of autonomous navigation and data collecting systems in both the Indian and worldwide contexts through synergistic industrial and academic cooperation. The hub would like to accept R&D funding proposals in the fields of Autonomous Navigation Systems for Ground, Aerial, and Water Surface Vehicles, Application of Autonomous Navigation Technologies in Agriculture, Infrastructure Monitoring, Surveillance, and Environmental Monitoring, and related areas.