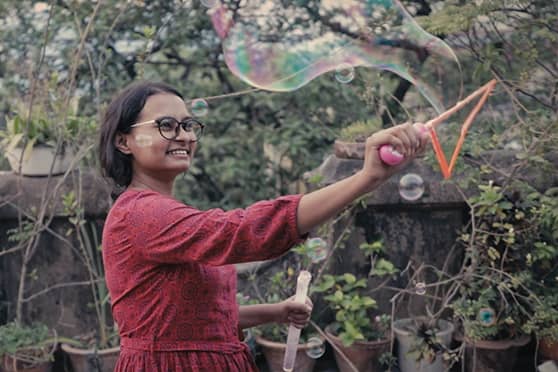 A shot from the short film Eituku. Source: Students

The short film shows self-love as a solution to tackle mental turmoil. It suggests accepting the changes and vulnerabilities. 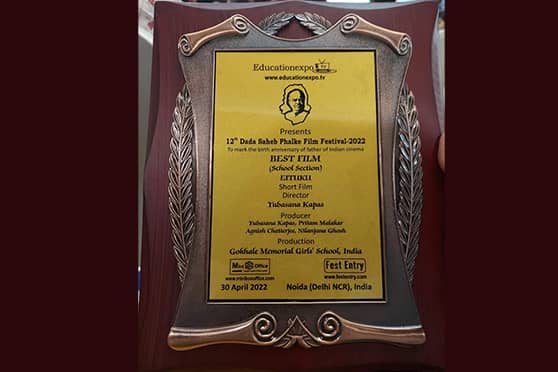 The trophy received by the team. Source: Yubasana

Edugraph caught up with the team members…

Eituku is about how the mental health of adolescents has been affected during the lockdown. The film also addresses topics like loneliness and how parental conflict can affect the mental health of a child. My takeaways from this whole journey are patience, determination and never losing hope.

I’m a theatre practitioner and have been associated with the theatre group called Nandipat. The process wasn’t all smooth-sailing but facing the difficulties and overcoming them as a team was my biggest learning.

I’ve been acting since Class VII. Starting from going around Kolkata to making the worst tea of my life, which my co-actor had to drink for a shot, to all the retakes to get the perfect shot, I enjoyed the whole process of acting.

It was a challenging task to finish the entire editing work within in days and sleepless nights.

The joy of creating new tunes is very energising. And that is the very essence of the film, to never give up and to try and find happiness in little things.

Music is my passion and I play instruments like tabla, violin, guitar, bass and ukulele. I tried to enhance the scenes with my music.

GoI: No Changes In The Reservation Scheme Of Government Jobs

NEET UG 2022 Counselling: Reporting for mop-up round begins from today