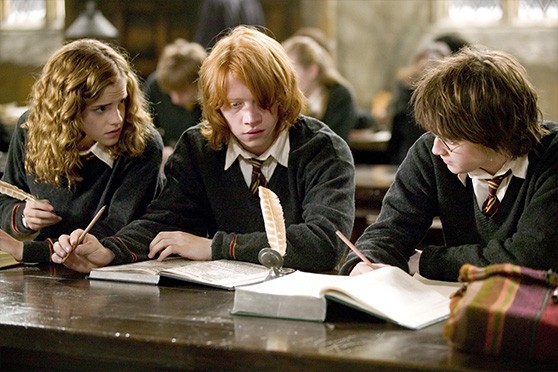 Harry, Ron and Hermione teach us about studying, friendship and prepping for exams. harrypotter.fandom.com

Advertisement
Summary
The first movie, Harry Potter and the Sorcerer’s Stone, had released in November 2001
The J.K. Rowling books had a lot of learnings on studying, preparing for exams and handling exam stress

While some older fans have been wondering how to hold on to the nostalgia of this magical world and yet be supporters of equality -- after Harry Potter author J.K. Rowling faced backlash for her opinions on politics and gender -- what can’t be denied is that we all learnt a lot from Harry, Hermione and Ron and their time at Hogwarts School of Witchcraft and Wizardry. We learnt about good and evil, standing up for what is right, and friendship and family. There was also a lot to pick up on studying, preparing for exams and handling exam stress. Here’s a list of my learnings from Harry Potter:

Keep these tips in mind for your study sessions and you will ace them much like Hermione!

Xadam, the cultural society of St Xavier’s College is back with auditions

Xadam, the cultural society of St Xavier’s College is back with auditions