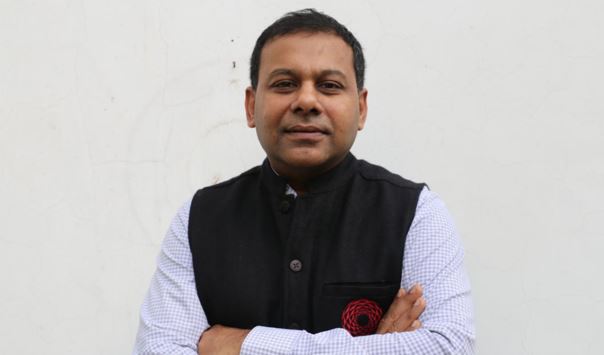 The NEP’s commitment to modernizing education and offering students more flexibility in their higher studies is a step in the right direction as India looks to catch up with developed economies. Three reasons why NEP, if implemented in its right spirit, heralds a new dawn for Indian higher education :

As per guidelines provided by UGC, students in India now are free to pursue two degrees simultaneously in physical, distance learning or online mode. Also, undergraduate degrees can now be up-to four years in duration. “These provisions under NEP 2020 give students the flexibility to pursue different streams or courses helping them develop into individuals with both breadth and depth in their education. It is a welcome change in India’s higher education system and will help fulfill the vision of promoting multidisciplinary education”, said Vineet Gupta, co- founder of Jamboree and Founder of Ashoka and Plaksha University.

“At Ashoka University, we were perhaps one of the first in 2014 to set up a unique program that delivers on both breadth and depth at the undergraduate level and provides an interdisciplinary and multi-disciplinary education. Students are offered a 3+1-year program, in which, they do a set of foundation courses typically in their first year in different disciplines such as Economics, History, Literature, Mathematics, Philosophy etc., and then towards the beginning of the second year, they pick a major in the discipline of their choice.

The foundation courses not only provide a broad-based education but also help students decide which discipline they want to pursue. However, since a four-year undergraduate degree was not allowed by UGC at that point, students at Ashoka have the option to graduate in 3 years or stay on an additional year and do more courses to add to breadth of disciplines or depth by doing more courses in their chosen major. Students could do a double major too. At Plaksha, we offer engineering degrees of 4-year duration and build a solid foundation in Mathematics, Computing, Design and Basic Sciences.

At the beginning of the fourth semester, students choose the engineering discipline they want to pursue. The focus is also to develop creativity, critical thinking and communication through course work that is weaved in through the four years. I have always advocated for the need of FYUP in India’s higher education ecosystem and it feels great that our stand has been vindicated by NEP 2020”, adds Vineet Gupta.

1. Why a multidisciplinary approach is important?

With the provision of an Academic Bank of Credits, students can store credits after every semester and transfer to other universities midway through a course. With the added Multiple Exit Entry Scheme or (MEES), students not only have the option of transferring to a new institution midway through a course but also pursue semesters abroad. It also allows students who have to dropout due to unforeseen circumstances to have the option of resuming their studies at a later date.

“There are a large number of students who wish to transfer to other colleges or would like to take a gap year. Unfortunately, our system did not allow this in the past unless a student was willing to repeat their entire degree. The NEP 2020 has made this possible,” says Vineet Gupta Ashoka University founder.

3. Focus on research and creation of NRF

“India has a gross enrollment ratio of 26% while most of the developed countries have a GER of over 70%. To get to a GER of over 50%, private higher education and Ed-tech will play a critical role. Private higher education already has a 60% share in Indian higher-ed. While education especially in the private sector is largely funded by parents and families, research has to be funded by the government. The creation of a National Research Foundation is a step in the right direction,” Vineet Gupta adds.

Despite all the radical changes, NEP 2020 is likely to bring, the scheme has found its fair share of critics from the industry.

Every radical change will have its fair share of supporters and critics and that is a part and parcel of how things work in a democracy. “No policy when introduced is perfect, but I believe that with time and with feedback from the student community, teachers and key stakeholders, amendments can be made into the policy to ensure a more robust and inclusive educational ecosystem”, concluded Vineet Gupta, Founder of Ashoka and Plaksha University.

This is a sponsored article.